We were a bit reluctant to go for a 3D/4D scan because we’d seen some awful examples of people’s babies looking like scary aliens and weren’t sure if we’d be up for that! We debated it for a few weeks and then decided if we could find one that was a decent price (not an easy feat in Central London) then we’d go for it. We kind of thought it would be pretty amazing to show Baby K in years to come them moving around in my tummy. And If it turned out to be horrible, we just wouldn’t tell anyone we ever went haha!
We found a good price at Peek-A-Baby in Mitcham, South London, and booked an appointment on Monday evening. It meant driving for about an hour (we’re in North London) but to be honest we weren’t prepared to pay £150-£220 to go to a clinic in Harley Street. I went there for an early pregnancy scan and wasn’t impressed with the clinic I went to’s standards. 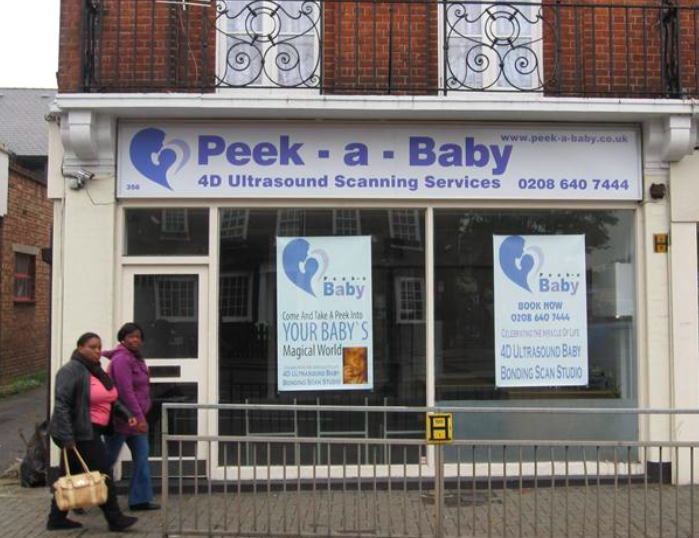 When we got to Peek-A-Baby we were greeted by a lovely man who was manning the reception area, which was just a room at the front. Then a girl came through and said she’d be looking after us and took us through to the scanning room. The sonographer was really nice and funny too. She chatted away and asked if we wanted to confirm the sex of the baby etc….

The only problem was Baby K was sound asleep after a very active car journey! We tried everything – eating chocolate, drinking orange juice, moving around, shaking around – but nothing would wake baby!
It was ok though because we got some really clear photos and videos anyway.
We paid £79 for about 20 images on a CD, 3 printed images and a 15 minute recording of the whole scan on a DVD. 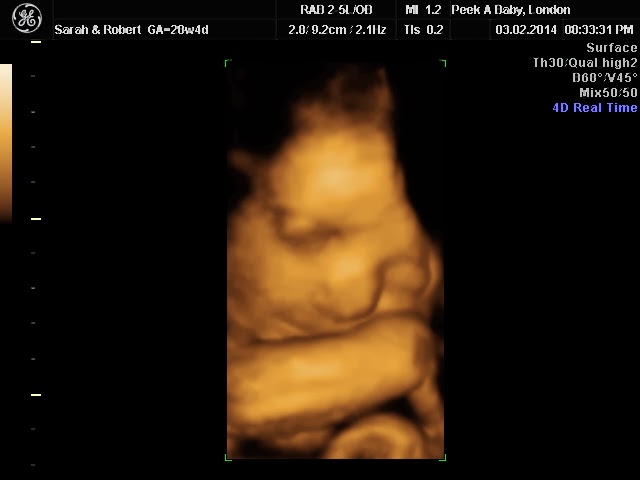 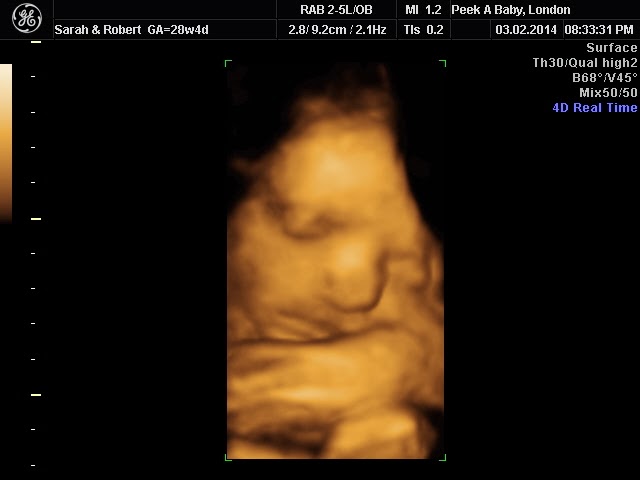 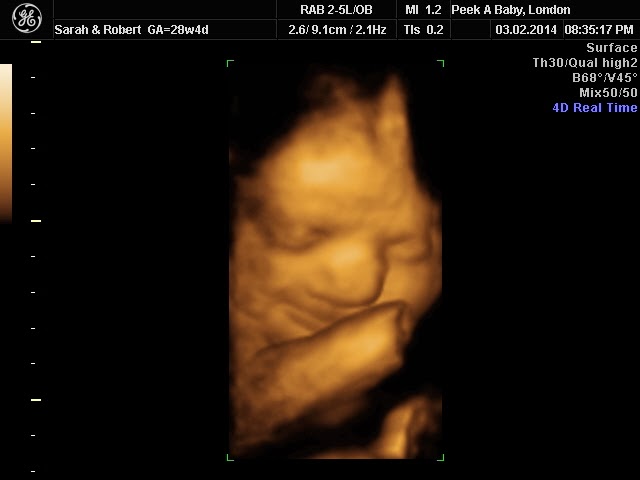 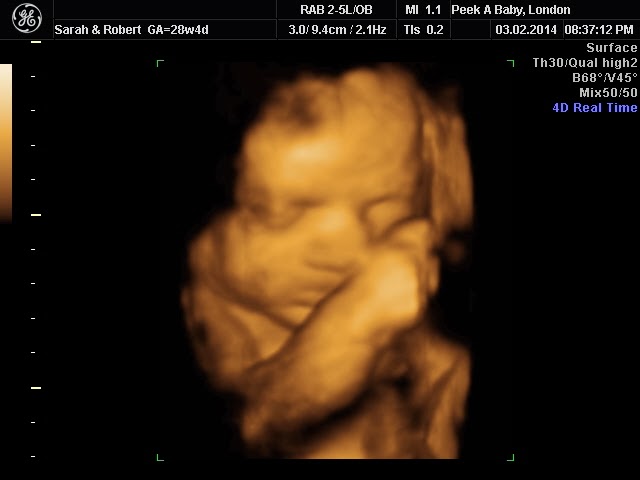 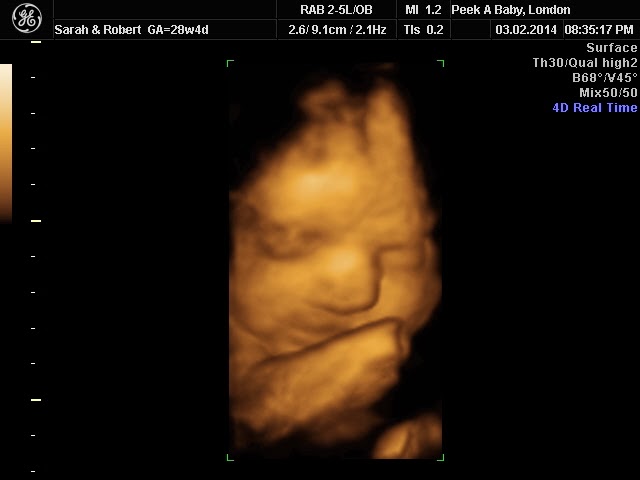 I cut down the video into a few shorter videos and took off the Disney music they had in the background so I could share them with family without boring them too much!! Here’s one of baby sleeping away and bring it’s hand up to it’s face. We also got one of baby smiling which was lovely.
All in all it was a really great experience and we would highly recommend it!