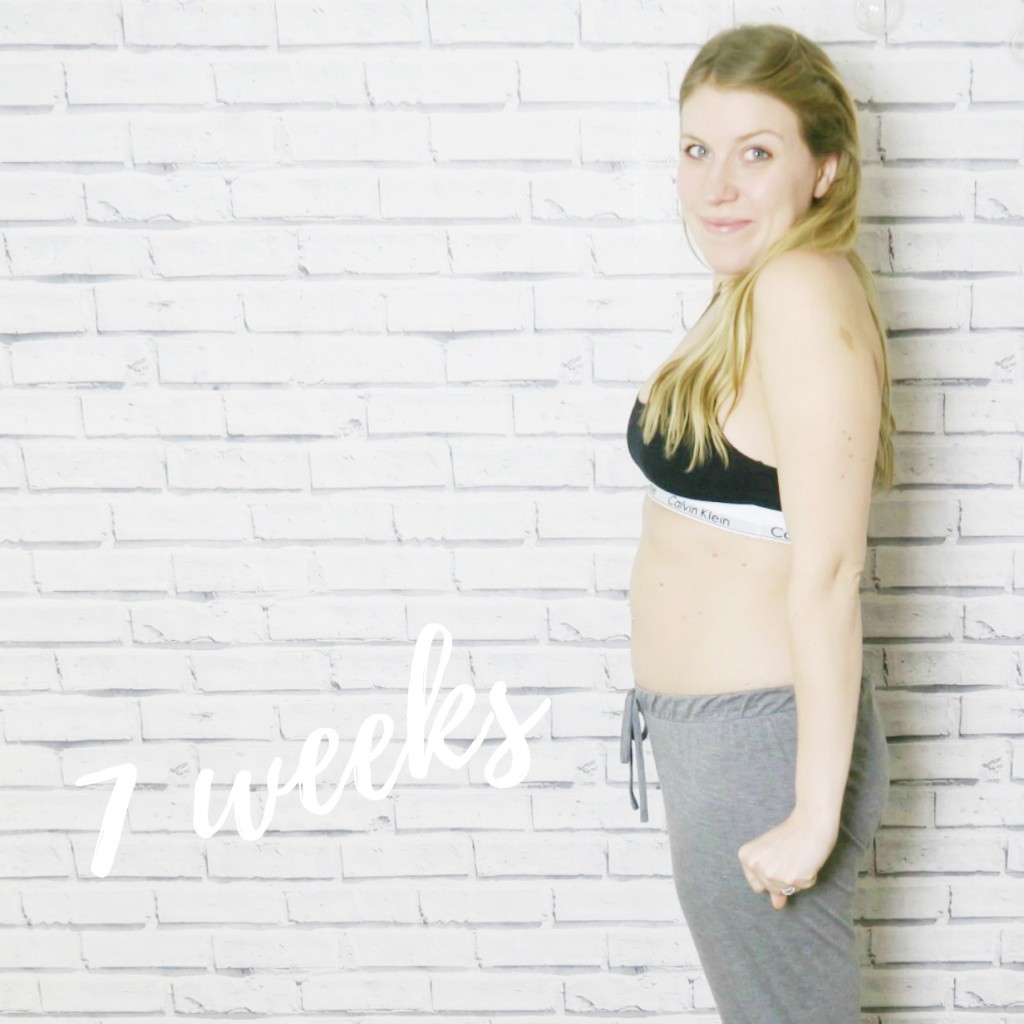 How far along: 7 weeks

Symptoms: SO SICK! When I was pregnant with Little I, I constantly felt nauseous for the first five months. This time around it comes in bursts, about three or four times a day, but is a lot stronger. To the point where the nausea almost turns into actually being sick. I can’t decide which was worse. Constant nausea or violent nausea bursts! My boobs still hurt. A lot. And are double the size. Ouch. I’m getting quite a bit of back ache at night not as well. I’ve also had a bit of spotting which resulted in a trip to the early pregnancy unit for an assessment and scan.

Food Cravings: None, not really interested in food. I thoroughly enjoyed the Baskin Robbins ice cream I managed to get in London at the weekend though – we don’t have one near us.

Sleep: A bit mixed this week, but that could be down to the worry.

Stretch Marks: Nope. The Bio Oil has well and truly been cracked out in preparation as well.

Miss Anything: This is the first time I’ve missed alcohol (and I’m only 7 weeks in!).

Best Moment: Seeing the little bean burger on the ultrasound screen at the EPU. Read more about that here. I didn’t realise how overcome with emotion I would be when I saw the little heartbeat flickering away. It was such a relief. I almost cried. You think because you’ve done it before that it won’t be such a big deal the next time round, but it really is. My goodness!

Worst Moment: Having spotting and worrying about the baby.

Looking forward to: First midwife appointment and next scan. I’ve been referred by my GP now so it’s just a waiting game to hear back from the local midwifes about my booking appointment.