We did a little video a couple weeks ago about baby names we loved but won’t be using for various reasons and it’s had a great reaction, so I thought i’d share the names here on the blog as well! 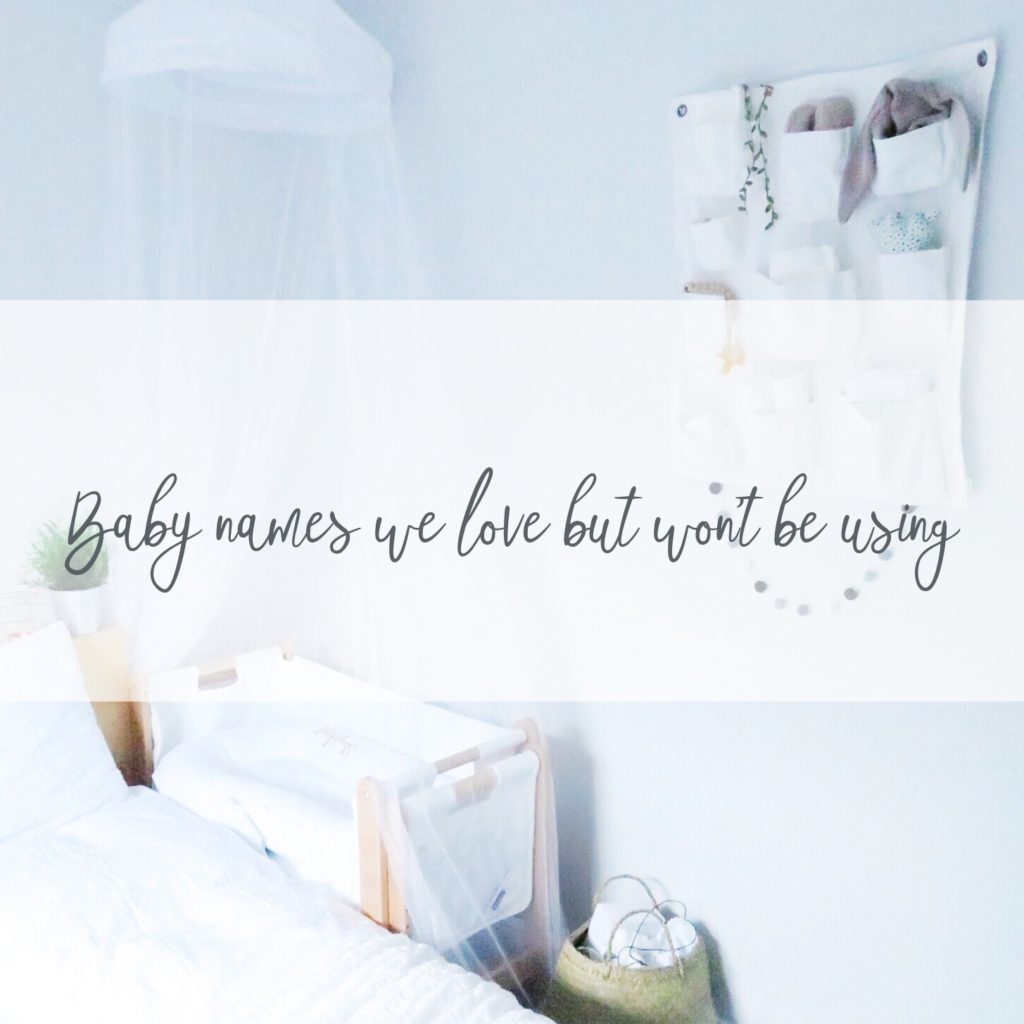 When we picked Little I’s names we thought we were being quite unique, but alas her first name was number five the year she was born and her middle name was number one!!! My name, Sarah, is very popular for my age group so I have developed a bit of a thing about choosing an uncommon name this time round.

Annelisa – graced with god’s bounty – Latin – I can’t remember where i heard this name but I fell in love with it. The husband wasn’t so keen though…

Evelyn – used to be a unisex name – French – it is such a gorgeous name. I have a bit of a think about ‘E’ names this time round. Unfortunately, it is just on too many ‘hot baby name’ lists.

Esme – esteemed or beloved – French – See, another ‘E’ name! I have a friend with this name and have always loved it. There’s no particular reason why we aren’t using it, you never know we might!

Nieve – bright or radiant – Irish – was never going to work with our last name, as much as we love it. It was actually almost Little I’s name at one point.

Mila – hardworking or industrious – Eastern European – again, not a name I ever really considered before but I think the husband mentioned it and I was like ‘yes! i like it!’

Luca – bringer of light – Greek – I really, really liked this name but it’s popularity has grown massively recently so it came off the list for us.

Reuben – behold a son – Hebrew – again, the popularity has put us off! We were on holiday and a really loud and obnoxious family’s son was called Reuben and they just kept shouting it over and over again. Ruined it. *sad face*

Arran – mountain of strength – Scottish – I really liked the spelling of this, compared to ‘Aaron’. It’s a really nice name that would go well with Little I’s name and our last name so you never know…

Nathaniel – god has given – Hebrew/Greek – loved the length of this name and the way it rolls off the tongue, but it just wouldn’t go with our last name.

Maxton – quite a relatively new name so there isn’t much information out there on it – English – not really me at all but for some reason I really liked it! A lovely friend used it recently so even if we wanted to, we probably wouldn’t use it. I find names become really specific to babies and people once you know them well.

And here’s the vlog:

What are your favourite baby names?