It feels really weird to be writing this. I had gotten to the stage of deployment where you think it is just the way life is now. You are so engrained in the solo routine that it becomes the norm and there just doesn’t ever seem to be an end in sight! You morph into some massively independent woman, who don’t need no man, and the thought of said man coming home is equally as unnerving as it is exciting!

It’s a really hard emotional situation to describe. It’s one I don’t think I could have comprehended before being in the situation myself. I’d have just thought ‘but he’s been away for 6 months. The only feeling you should feel is sheer elation, and maybe relief too’ haha. The problem is when you are on your own for such a long period of time, things adjust. You get used to fully relying on yourself and you start to worry how you’ll react when they come back into the mix. New routines have been formed Don’t worry though, I can confirm in all the times apart we’ve done, all has been good on his return. Even if it takes a few weeks of getting used to!

And my goodness when you get that homecoming, all those worries and doubts slip away. It’s the happiest moment ever. To see your kids run to their dad with the biggest smiles on their faces, racing each other to get there first. To see them stare at him in awe, not fully believing he’s there. For them to not want to let go of his hand, and to follow him around everywhere. It’s simply magical and it is the only moment of true joy and happiness you get out of a deployment.

This time was a bit of a funny homecoming for us. The RAF flights back to Brize were booked for the wrong day so they ended up having to fly civvy to London instead. The flight got in really early in the morning, at the weekend, and from previous experience, it’s hard for the kids to have a proper welcome home with their dad at a normal airport. It’s always so hectic and crowded, so he decided to get the transport back to base and come home from there. We met him out and surprised the kids. Originally we thought it was going to be during the week so had grand plans for him to surprise them at school and nursery but we had to rapidly rethink it all once we realised the days were wrong. Standard MOD chat!

It was beyond lovely though and we took him for breakfast before heading home to show him all the decorations we had put up. We’d even got him some of his favourite ciders and a massive box of biscuits, because he is an absolute biscuit monster. Hopefully it was a good welcome home!

Here are some more photos and the homecoming video we’ve got up on YouTube. Hope you enjoy. 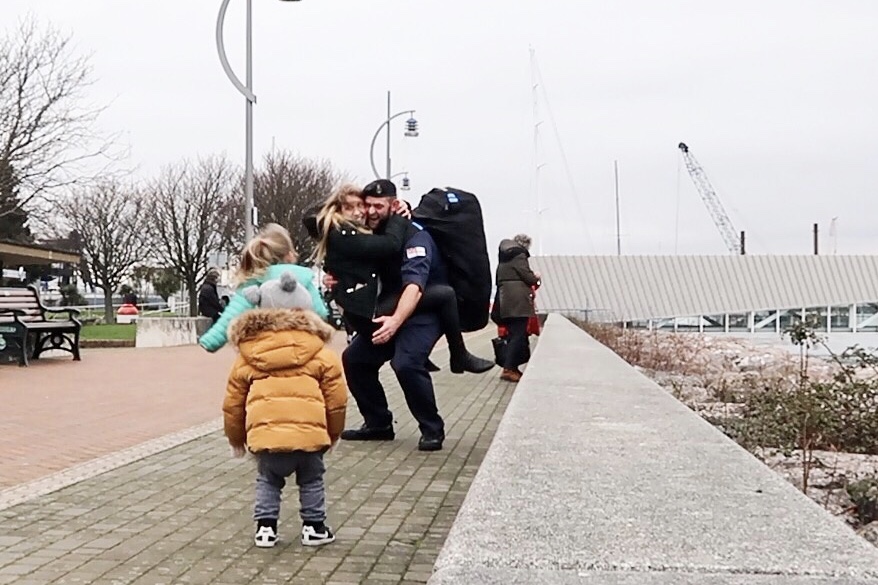 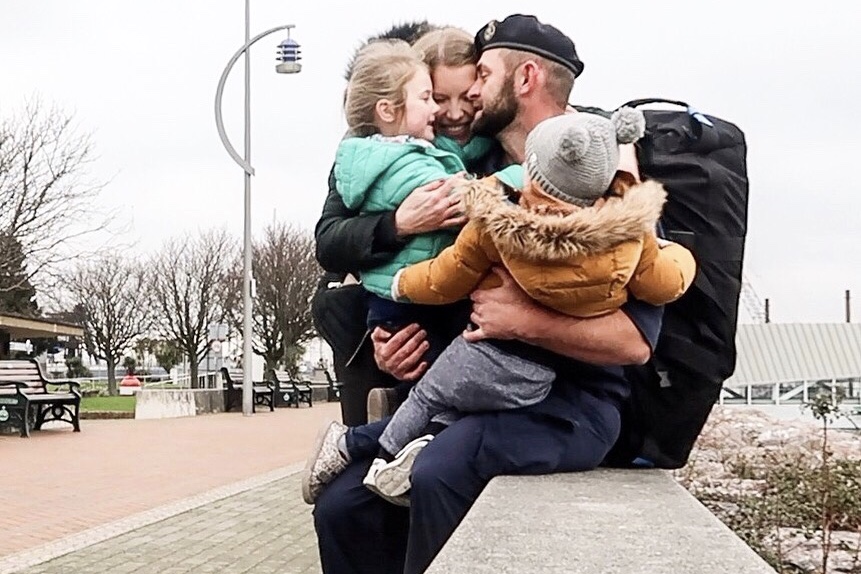 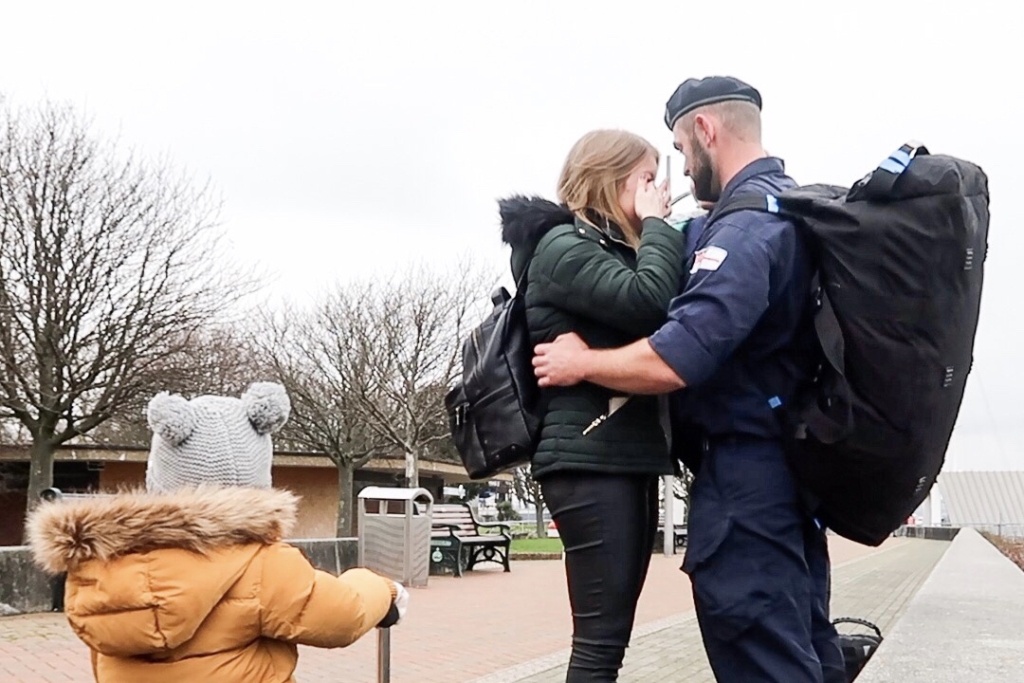 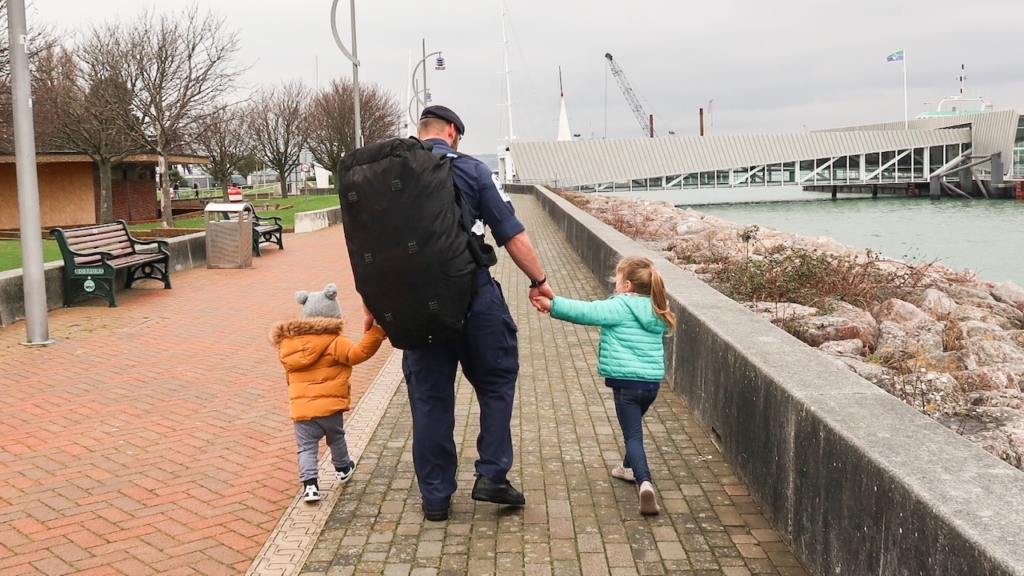 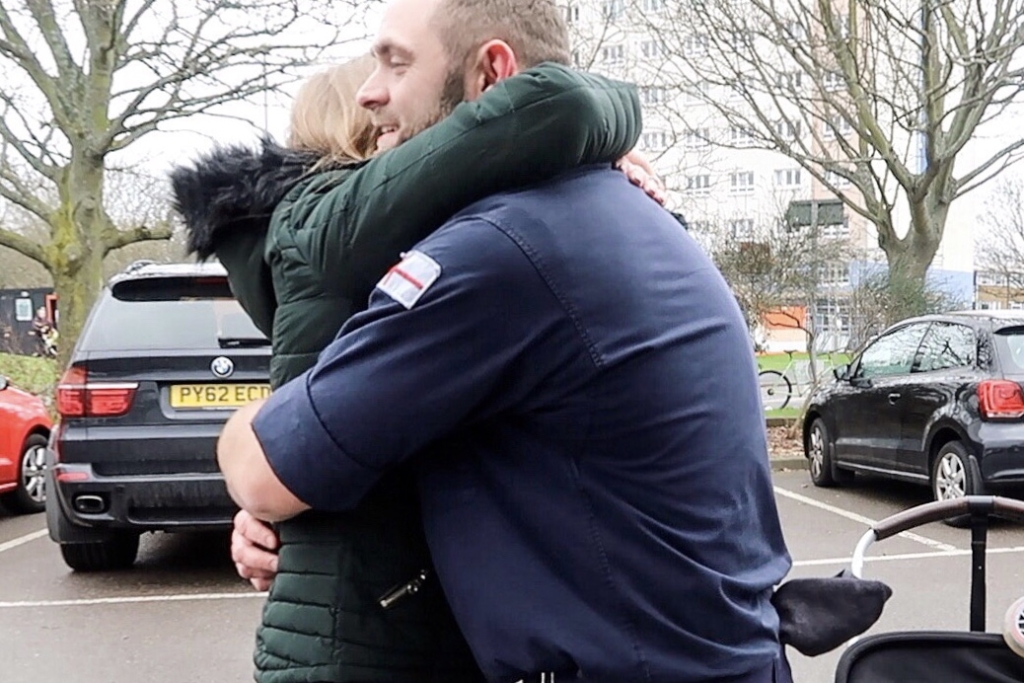 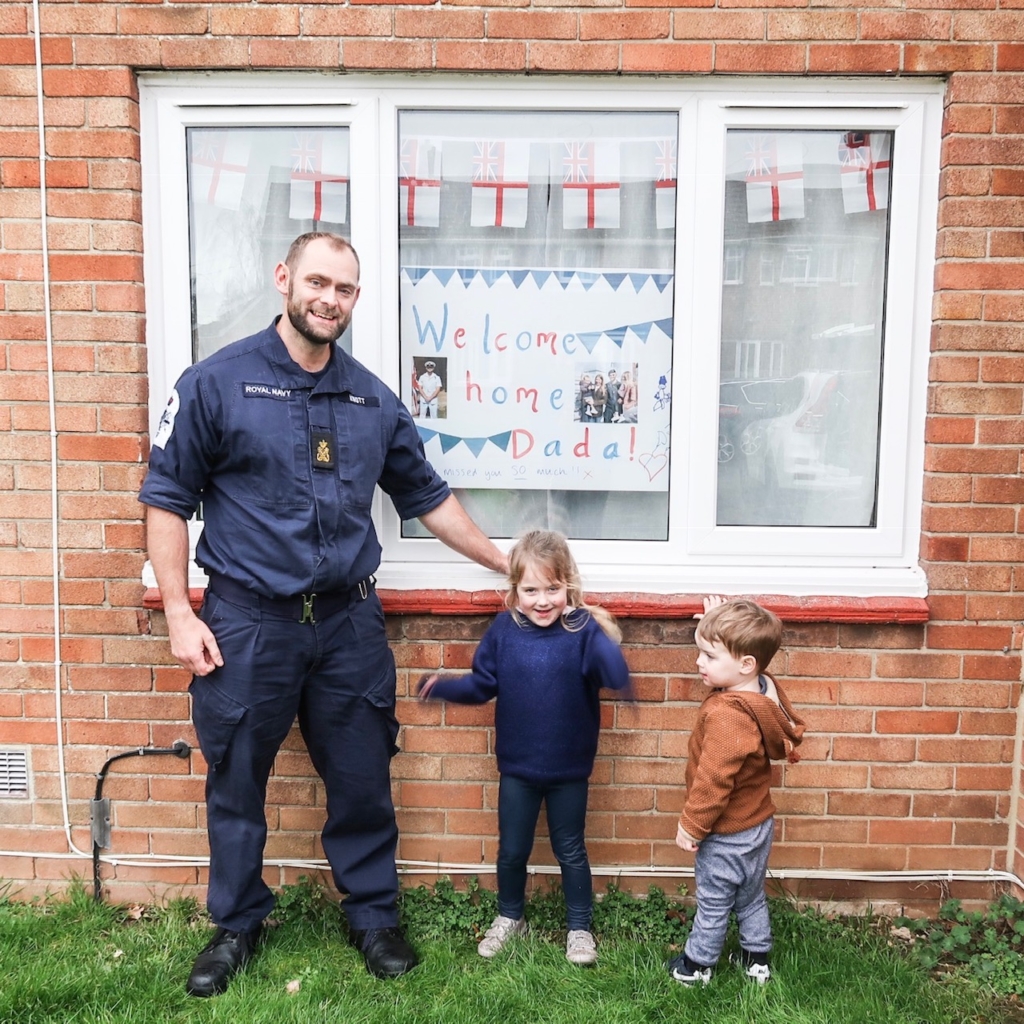