Buying a highchair became almost as big of an obsession for me as buying a pushchair was. There’s just too much choice.
I’m not going to lie, I really had my heart set on a Stokke Tripp Trapp but after spending so much money on our pushchair I didn’t think I’d be able to convince the husband to spend another whack on a highchair. The new Storm Grey one though, is absolutely beautiful!
Anyway onto the Hauck Beta+. I hadn’t actually seen any of the Hauck highchairs until Rebecca from Mrs Meldrum mentioned to them to me. After a bit of a google I decided to go for the Beta+ because it came with a harness and cushion. I’d heard that it can be a bit of a nightmare keeping your baby in a highchair once they get to the wriggly stage!
I really wanted the Hauck Beta+ in White but unfortunately, after a bit of contact with Hauck, it didn’t look like it was available anymore so we went for the natural wood instead. I did consider sanding it down and painting it but we wanted to crack on with weaning so that hasn’t happened yet.
The RRP is around £69.95 which is a great price for such a fab, good looking highchair that will last for years. 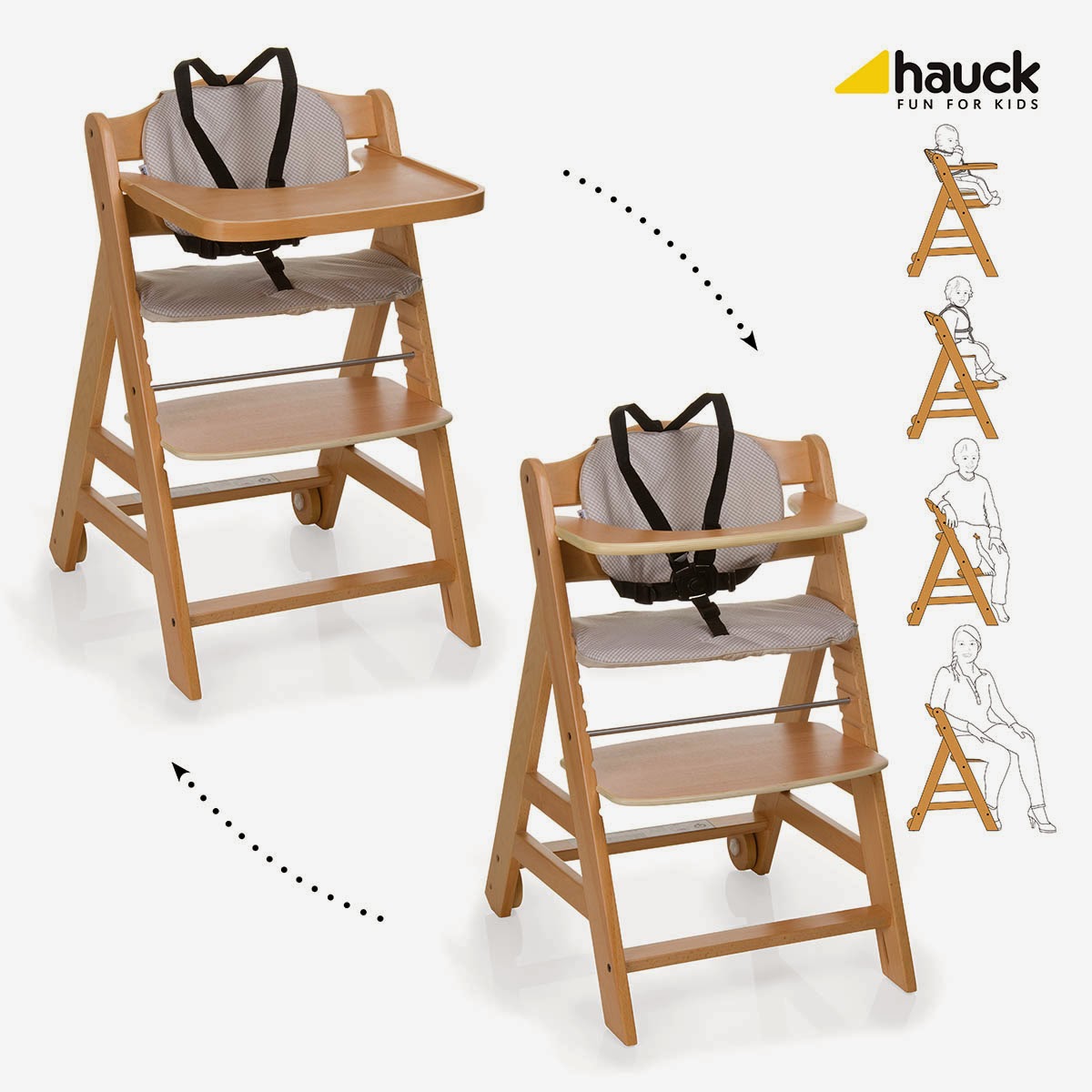 It arrived and was pretty easy to assemble (according to the husband!) and it looks great in our dining room. We’re getting a natural wood dining table next week so it’ll look even better then!…
The Hauck Beta+ is a chair that will grow with your child. It can be used from 6 months through to adulthood. It is extremely resilient and can hold up to 90kgs so would be able to hold me but not quite the protein shake/gym addict husband who comes in at 93kgs haha.
It is easy to move around, thanks to the wheels, and isn’t too heavy so is easy to pick up if needs be.
The cushion pads and harness that come with the Hauck Beta+ are easily attached and removed through velcro straps. The harness is very easy to get round your baby and secures with no fuss at all. I think you can buy some jazzier cushions if you wish!
The Hauck Beta+ is very easy to wipe clean. We actually store  pack of wipes on one of the shelves under the metal bar because Isla’s feet can’t reach there yet, very handy! Here was me thinking there wouldn’t be too much mess to being with – ha, more fool me! 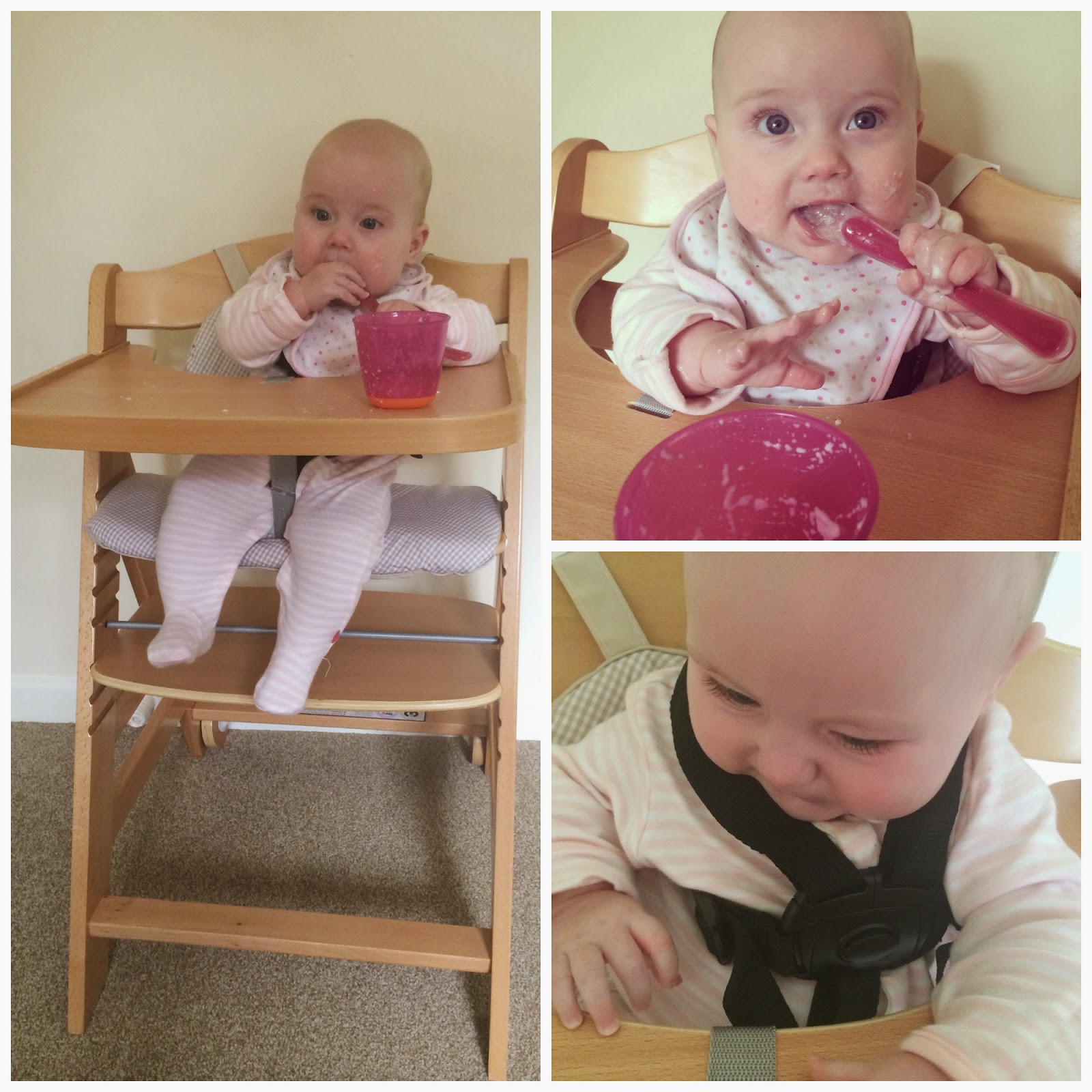 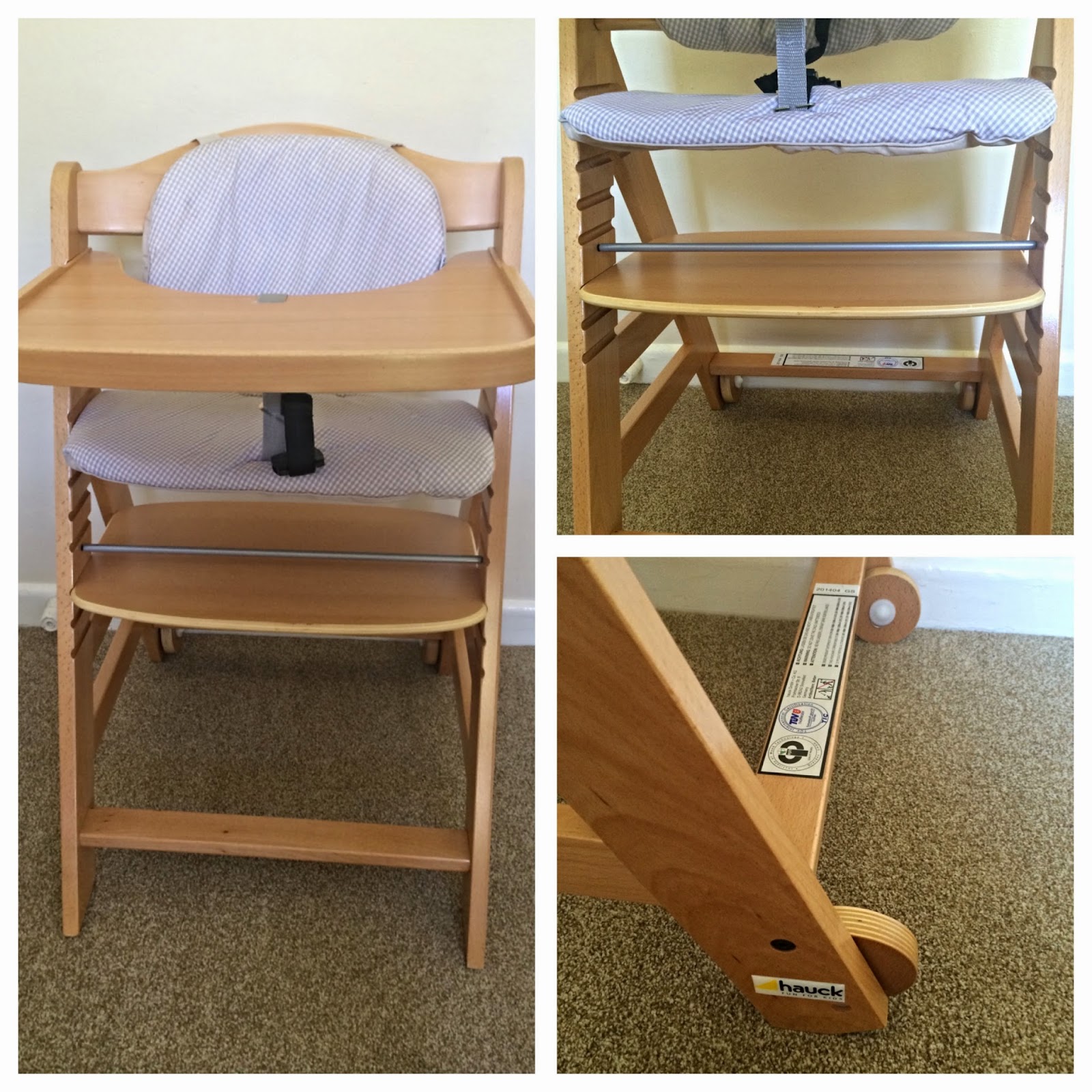 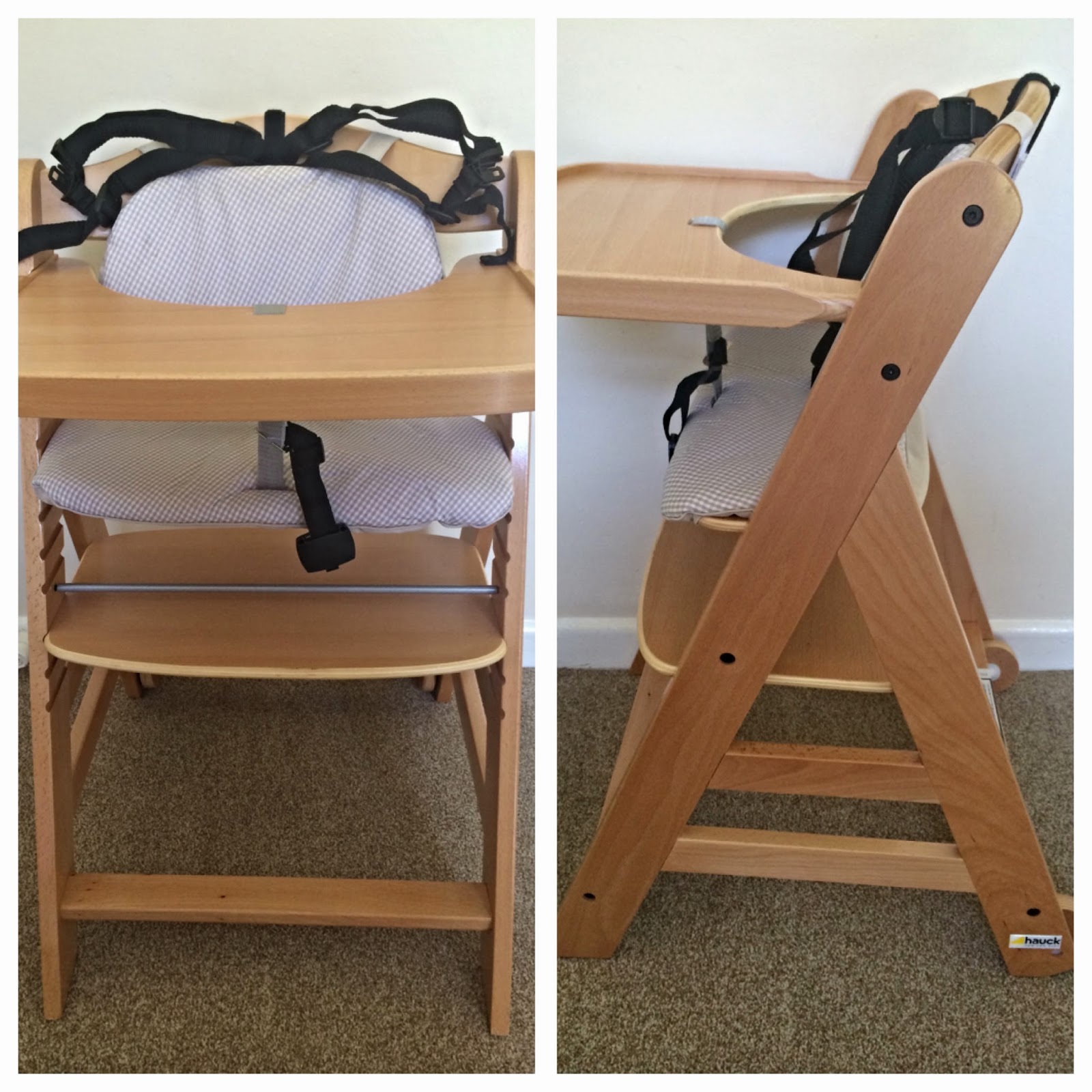 As soon as Isla sat in it, I knew it was the right highchair for us. She looks so comfy and grown up in it. We’re using the bigger table just now and will then put the smaller ‘restraint’ table on when she’s a bit older. She’s at the perfect height and it makes her look like she’s eating at a table already rather than in a separate highchair. That’s what I was aiming for. I want mealtimes to become family times. Well, once she’s on proper meals, not puree!
It’s such great value for money and the quality of the Hauck Beta+ is really great. We would highly recommend.
What highchairs have you gone for with your little ones? It was so interesting to hear, on Twitter, all the different choices. Ikea seemed to be a popular choice…

Mummy Monday: A Mummy Day vs A Daddy Day