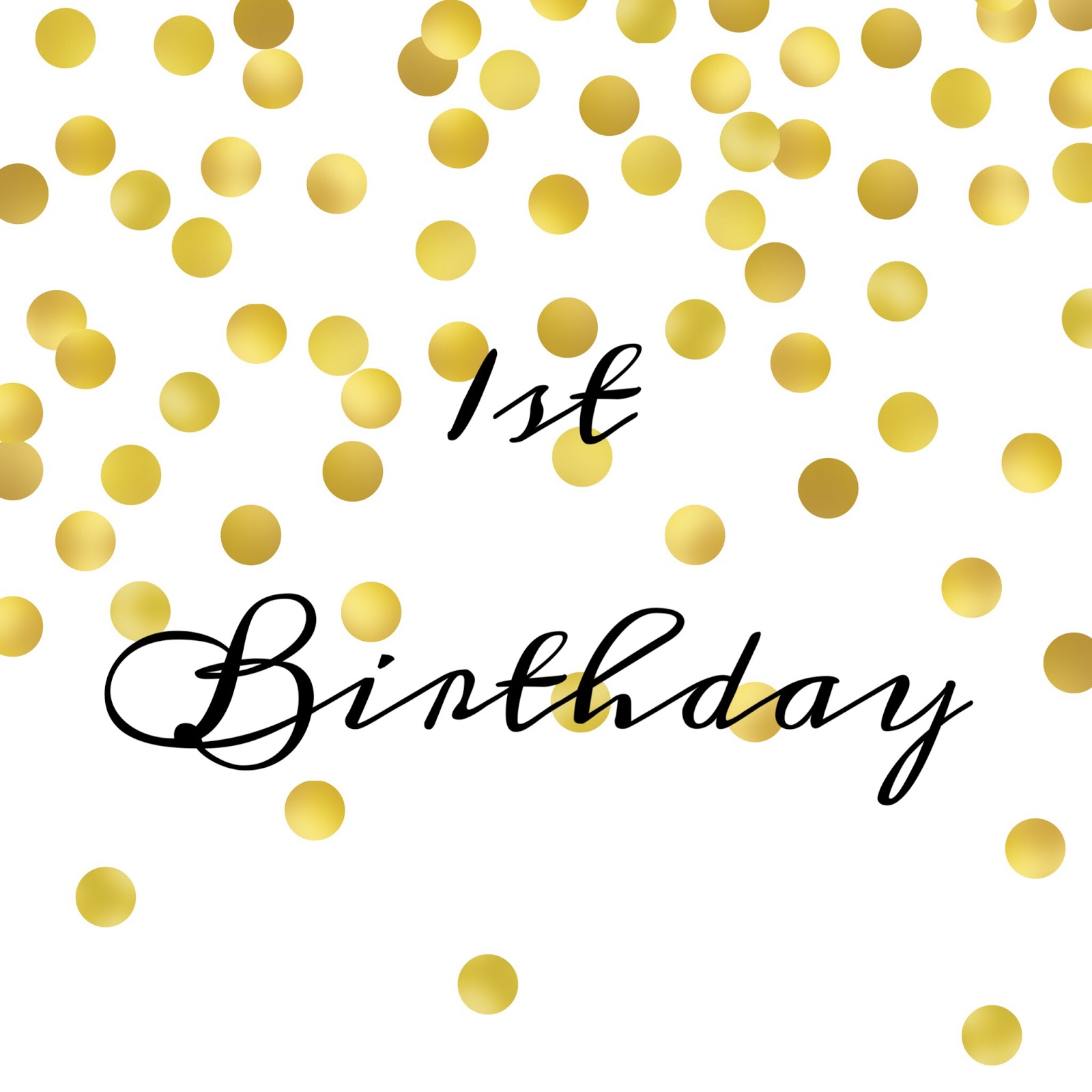 So it’s now less than a month till Isla turns the big ONE. I’m going to try and stay away from the old clichéd ‘I can’t believe where the time has gone’ chat and instead focus on how we’re marking this special occasion. I’ll probably do an emotional post (with video) closer to the day but for now, let’s stay practical!
The week before her birthday we have a cake smash photo shoot booked at a local photographer, who we’ve used before and who’s great. I’m going to bring along the decorations above to jazz up the plain White background and I’ll probably dress her in a White tutu or frilly pants. She’ll love us for this when she’s older haha.

On her actual birthday, we are hoping to have some family down visiting. I’d like to spend the morning out at a local petting zoo/farm and then we’re going to throw a tea party in the afternoon at the house. I’m hoping the weather will be as nice as it was when we brought her home from hospital last year! I’m thinking of doing a donut cake because i’m not a bit cake person and I saw an amazing one on Pinterest. These are a few of the things I’ve bought for her tea party and a link to an inspiration board I’ve pinned on our Pinterest account. 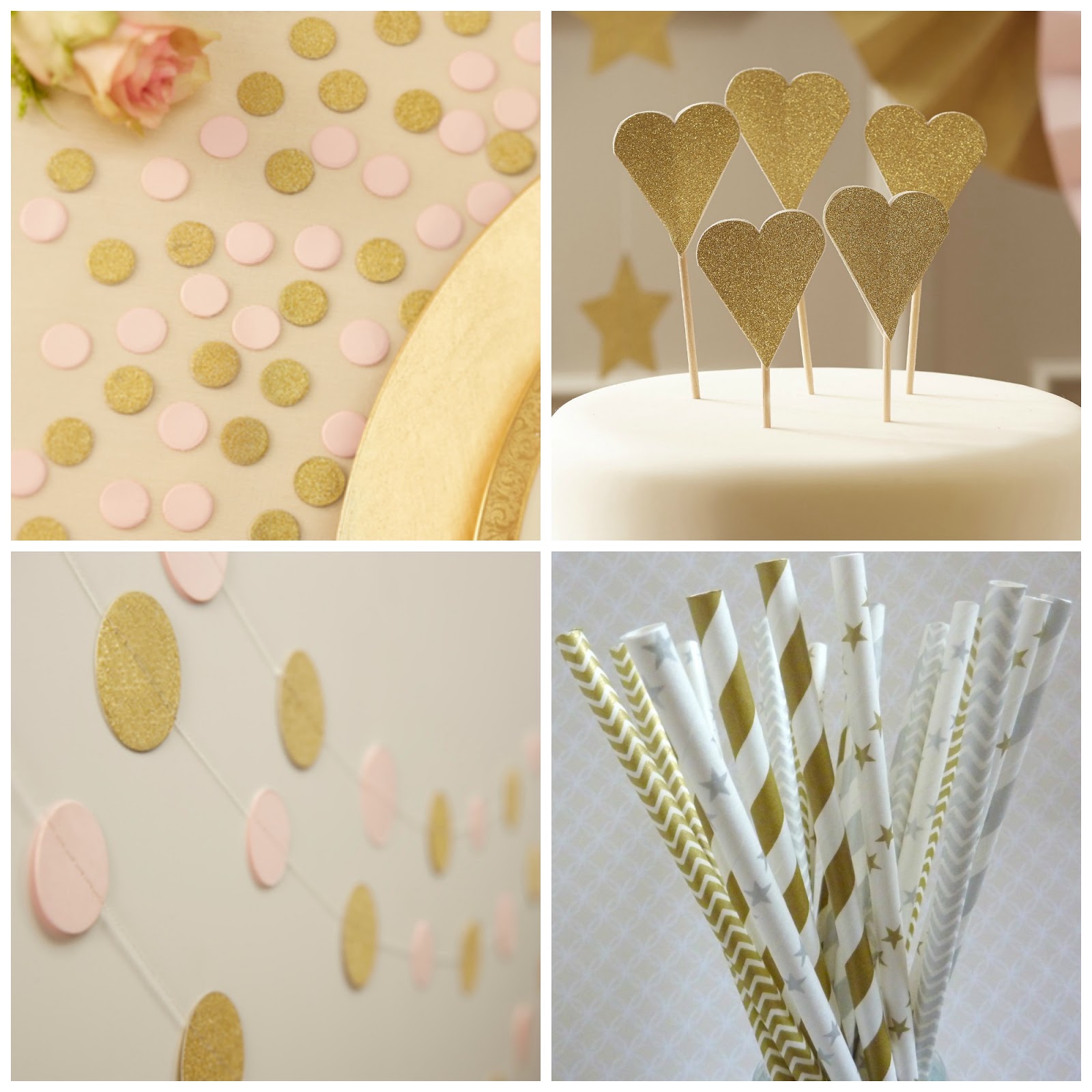 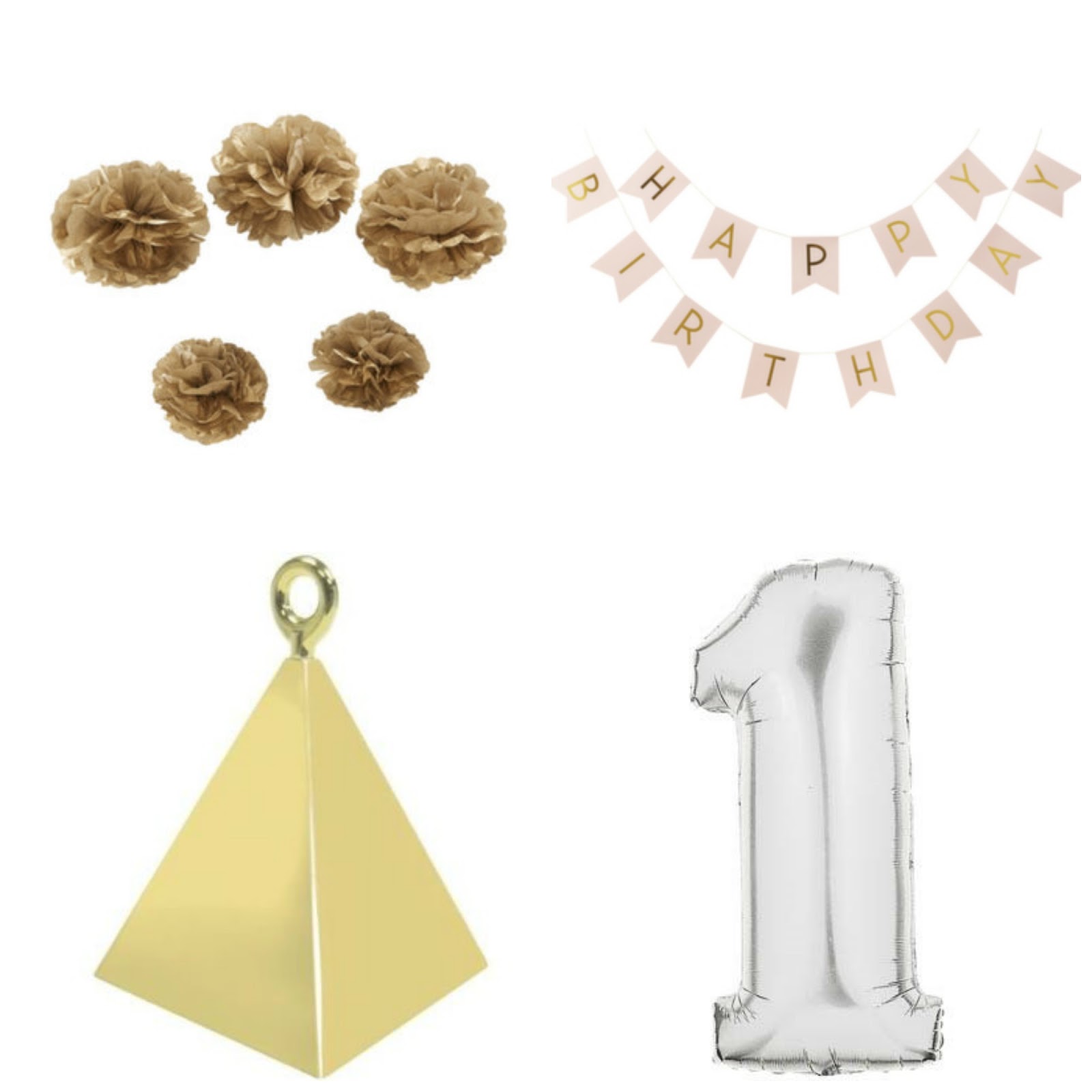 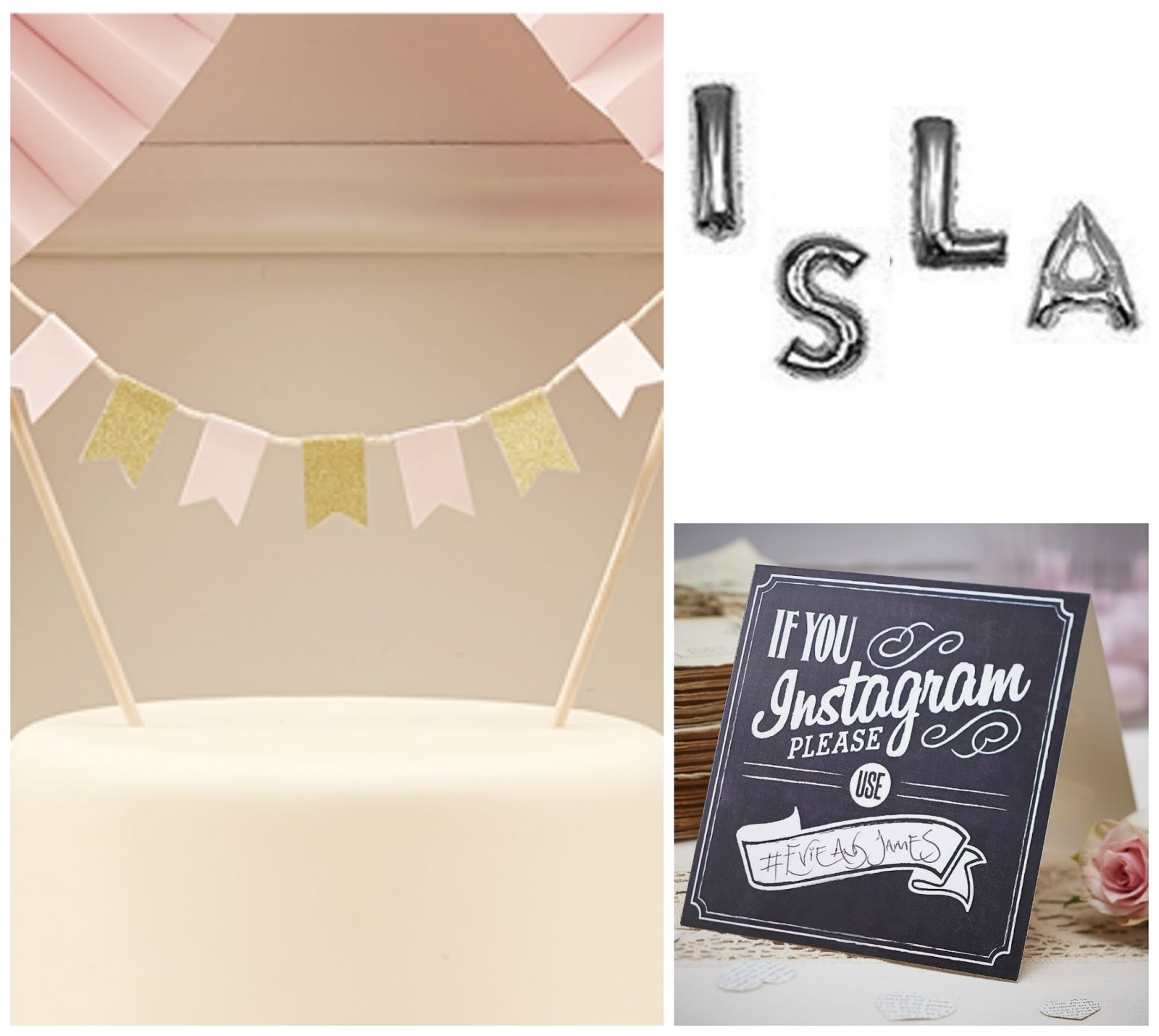 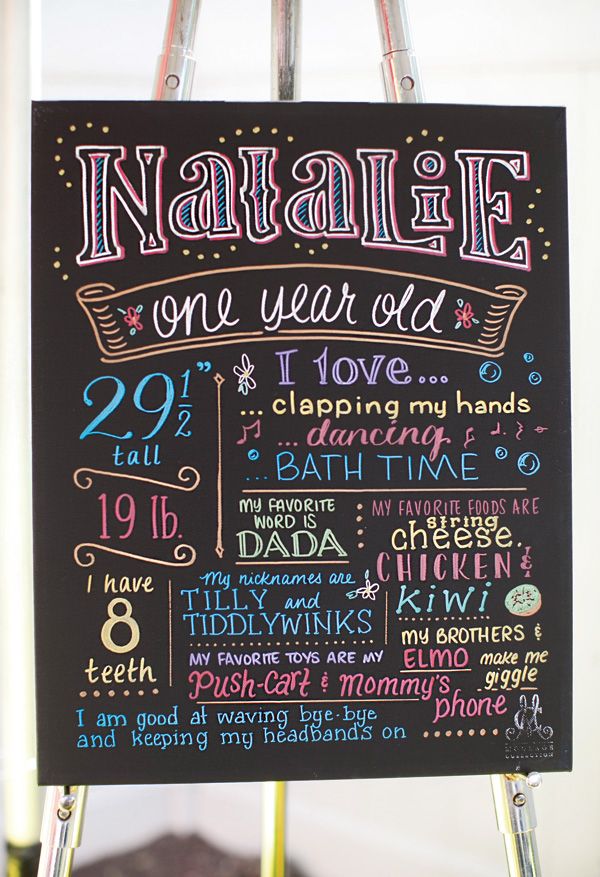 I also like the idea of doing a chalk board… 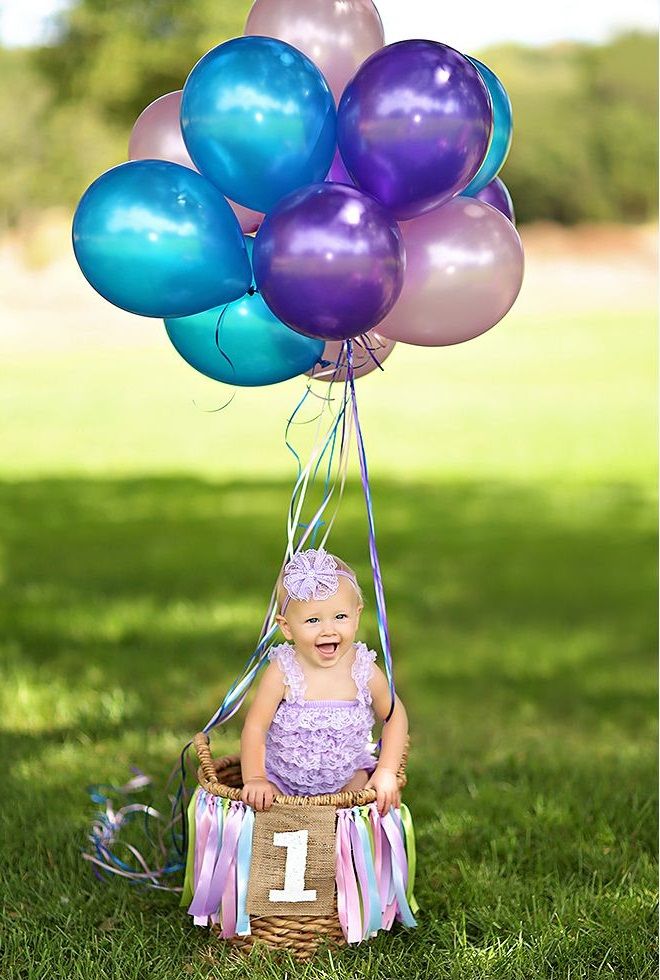 And a little hot air balloon photo!
And for the main event…we are having a joint party with two of my friend’s babies who were born very close to Isla. One four days before and one a day after. We’ve booked a church hall and some soft play/sensory equipment. After a few nights planning, involving take out and wine, we’ve decided on the theme ‘Under the Sea’. We needed it to be unisex because it’s two girls and a boy’s birthday party. Originally we were looking at The Hungry Caterpillar but we all thought the Under the Sea theme could be done in lovely pastel colours and would be less in your face…all about the Pinspiration!
These are some of the decorations we have ordered. 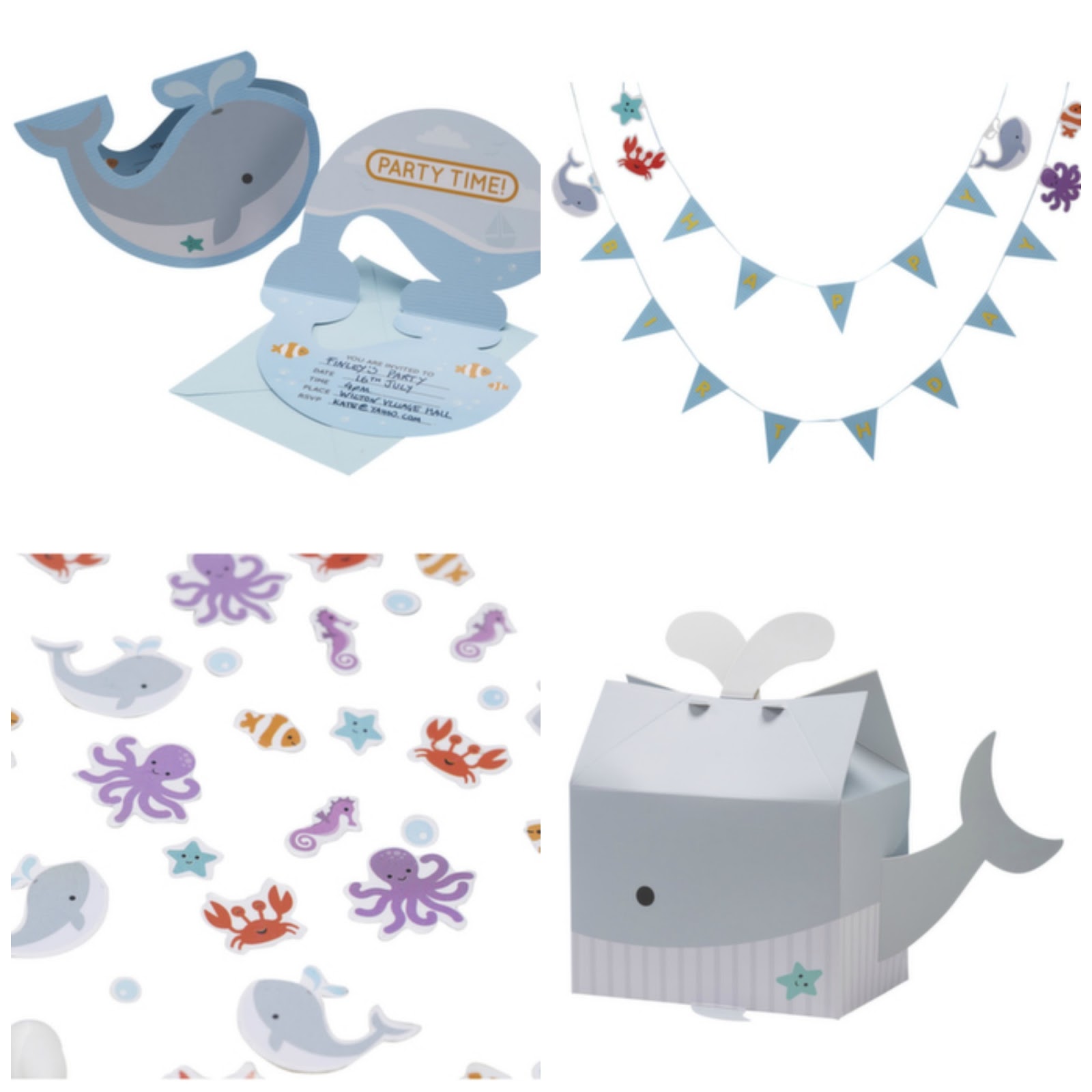 All available from Ginger Ray
How great are these invites and party bags?! We’re planning on putting a little wooden sea themed toy, a bath toy and some treats in the party boxes.
Also love the idea of doing this… 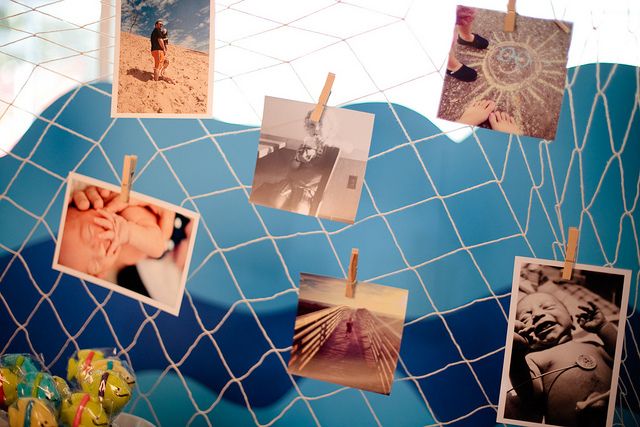 We are going to do a little buffet and still have to check out the venues licensing rules to see if we can sneak some Prosecco in! Hey, we need to celebrate just as much as they do for getting through the first year of parenthood.
We need to find a cake maker but we’d like to go for a two tone White and Blue Cake with a whale etc on top!
Very exciting stuff.
I know a lot of people think it’s a waste of time doing anything big for their babies’ birthdays but as we don’t live near family and don’t get to see them very often, we’ll take any excuse to plan a big get together.
What did you do for your little one’s first birthday?
SHARE: