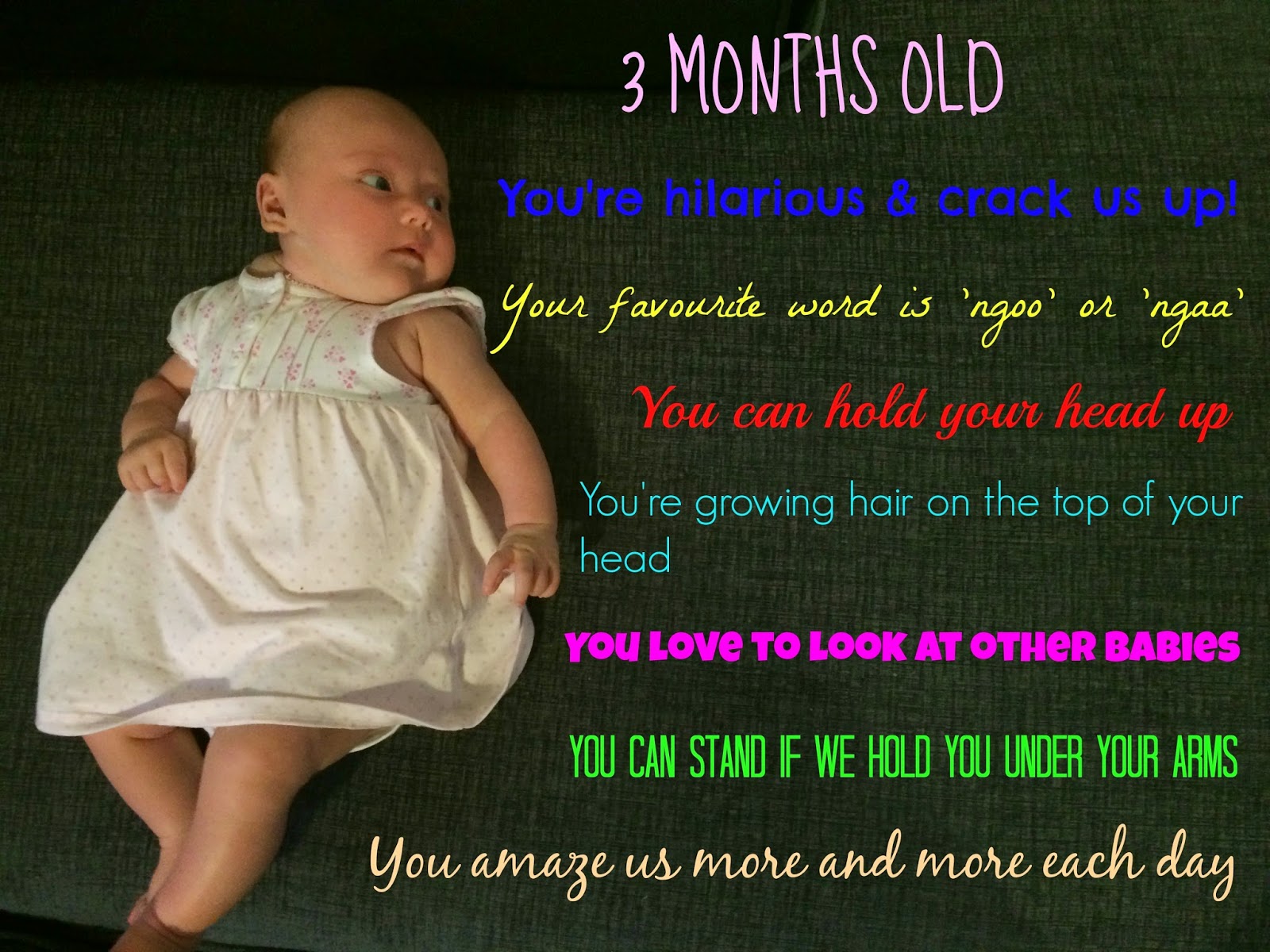 General:
This month has been a bit up and down. We have been rather busy again and it’s flown by. We keep our days as busy as possible so we don’t get lonely while daddy is at work! At the moment we go to three baby groups and a life with baby class run by health visitors. On the other days I try to meet anyone I know round here or do lots of housework, washing etc. Not good at sitting still…
The weather has continued to be good so it’s been easy to be out and about. We’ve had another couple trips up to London. One with Isla and one without (!) which was our first overnight trip away from her. I’ll post about that soon.
We’ve has some issues with what we think might be a touch of colic in the evenings which has been tough. We’ve also had 2 hospital appointments for her cystic hygroma. One at Portsmouth QA hospital and one at Southampton General.
Some snapshots of our month… 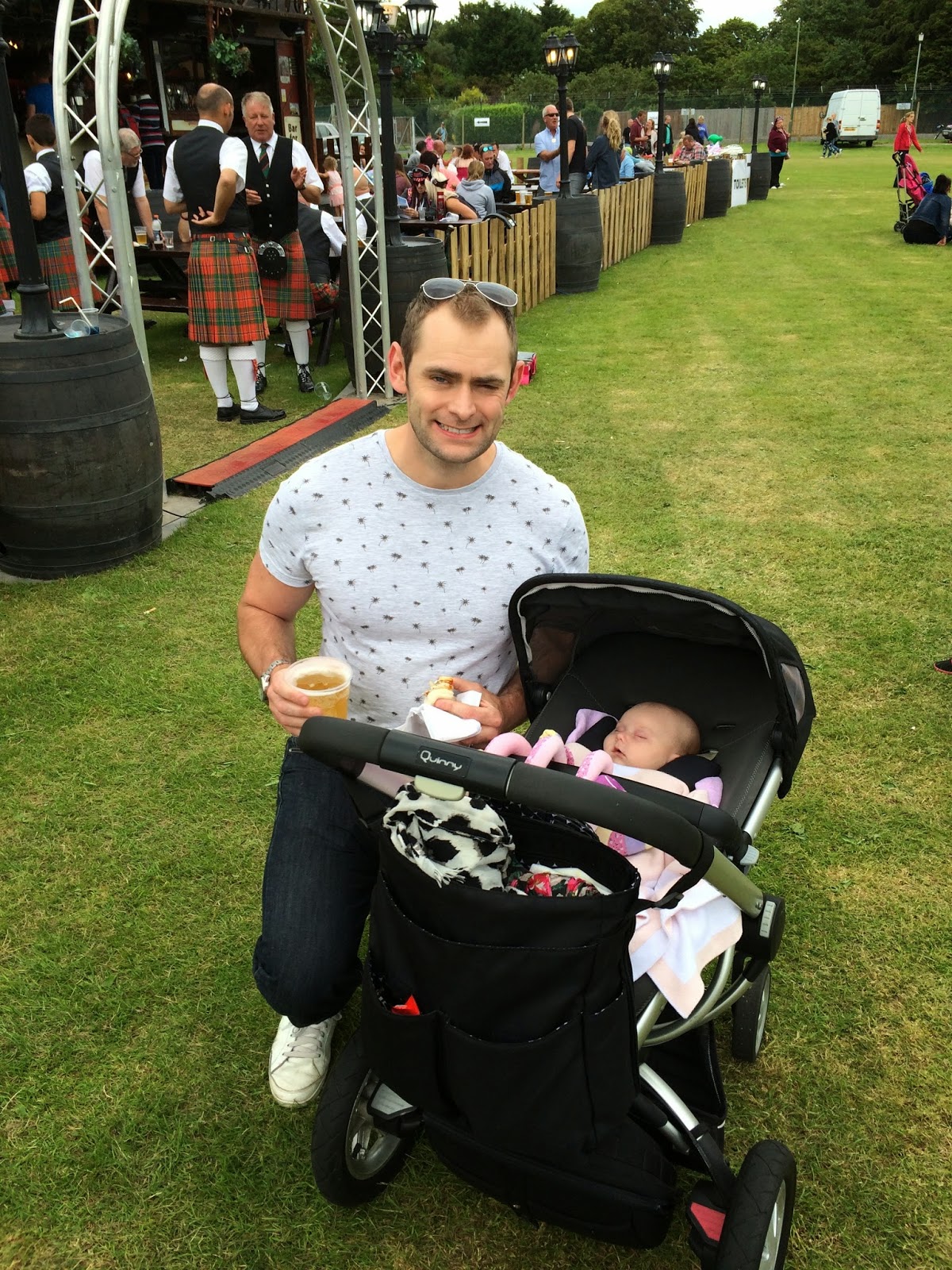 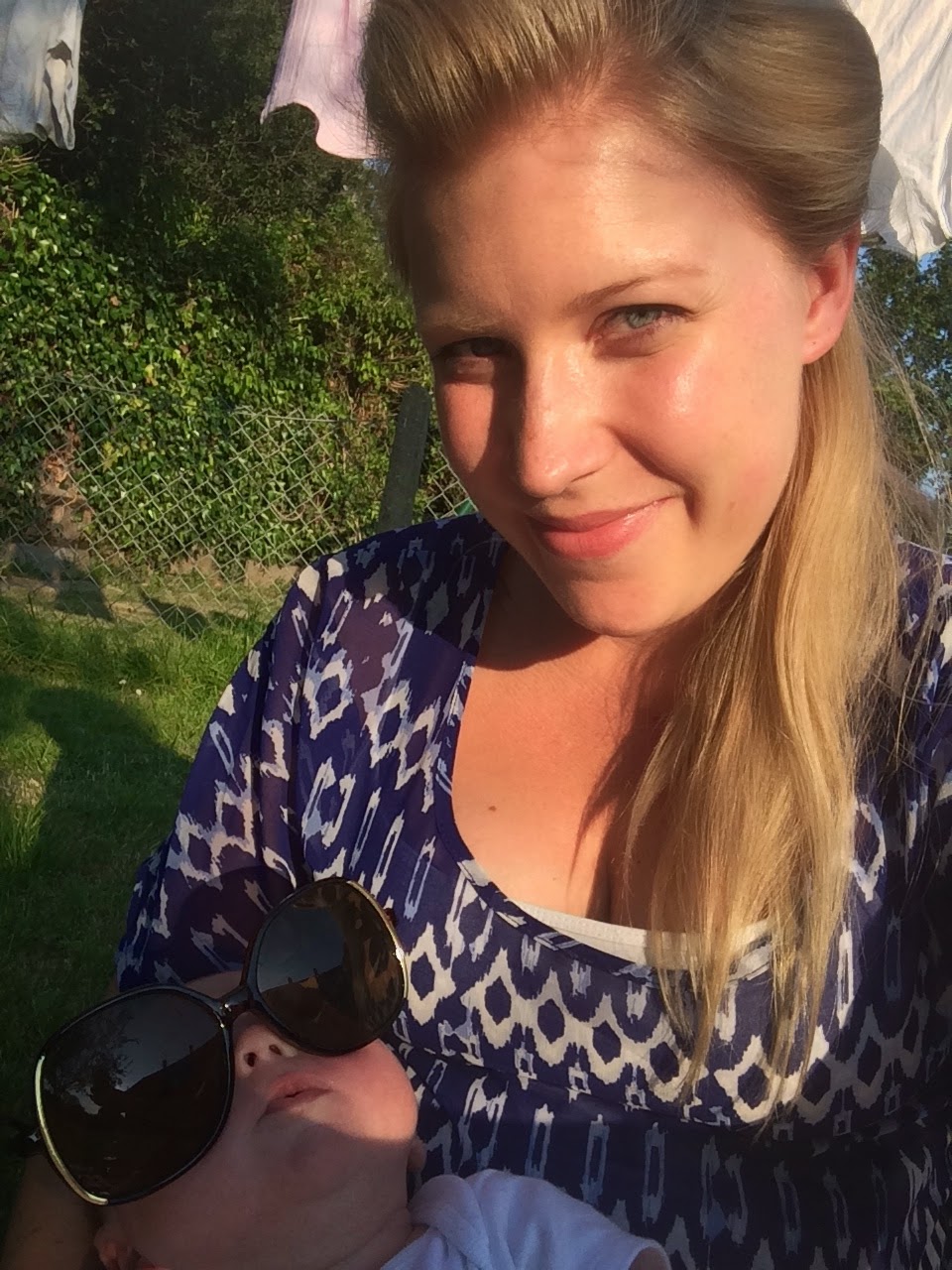 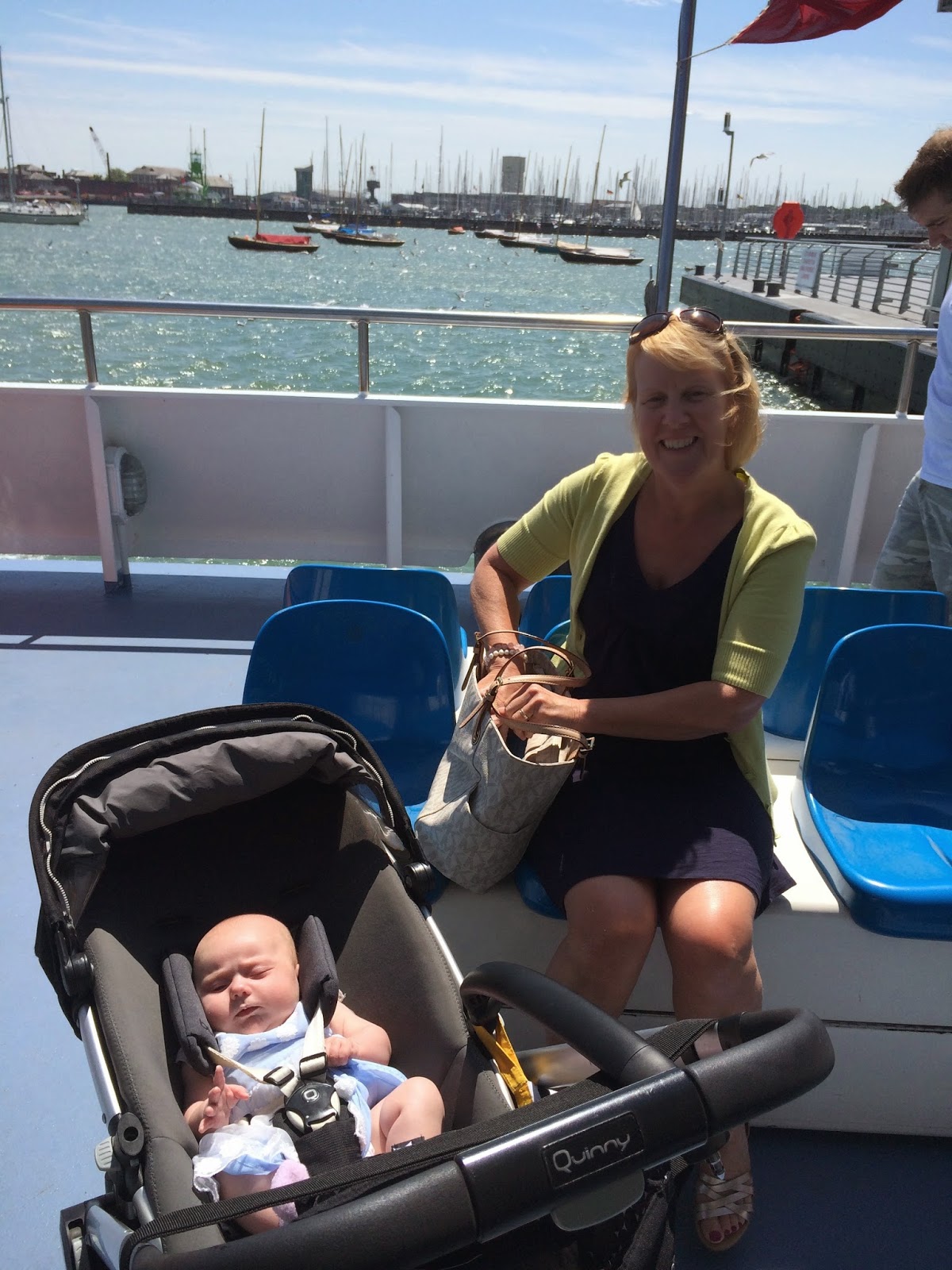 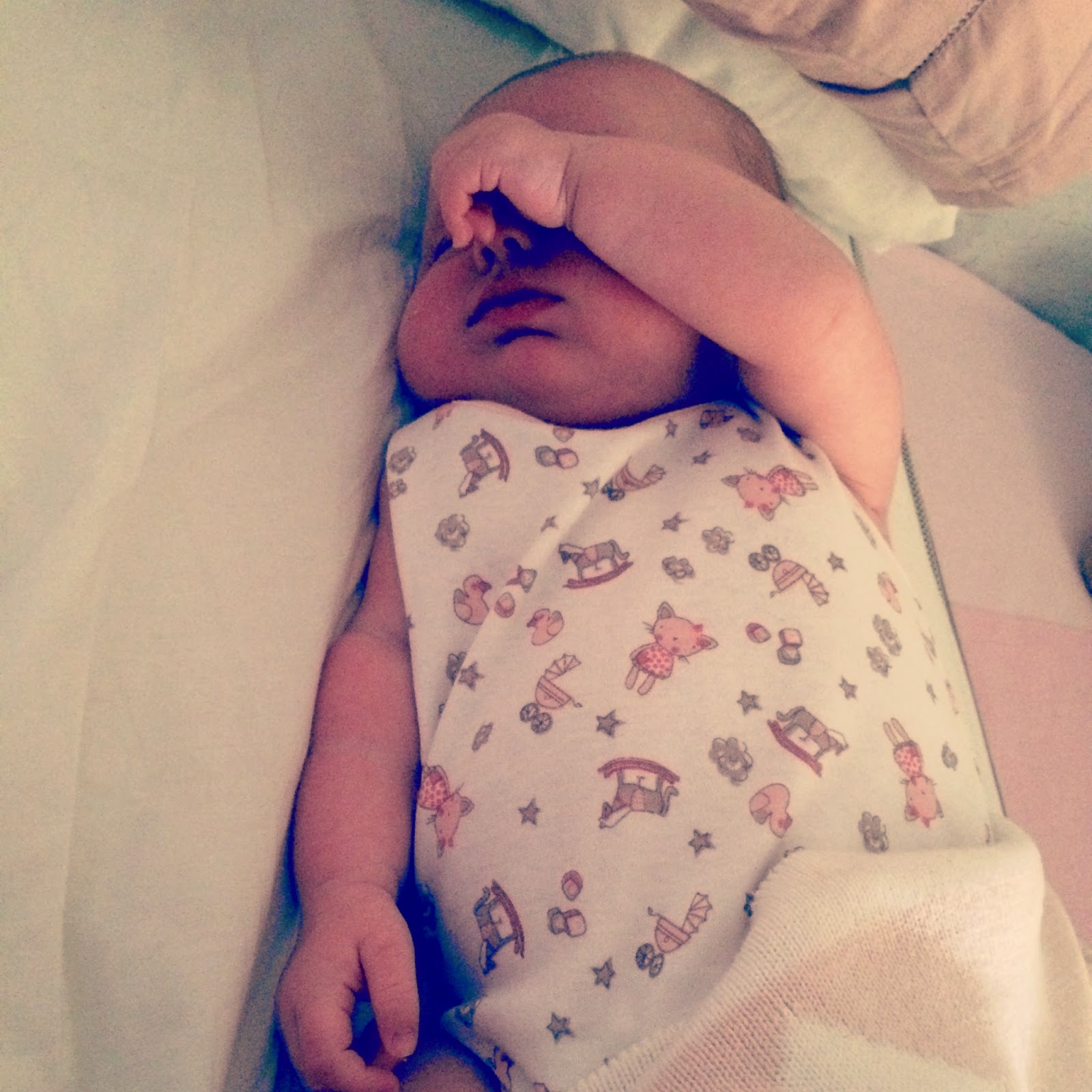 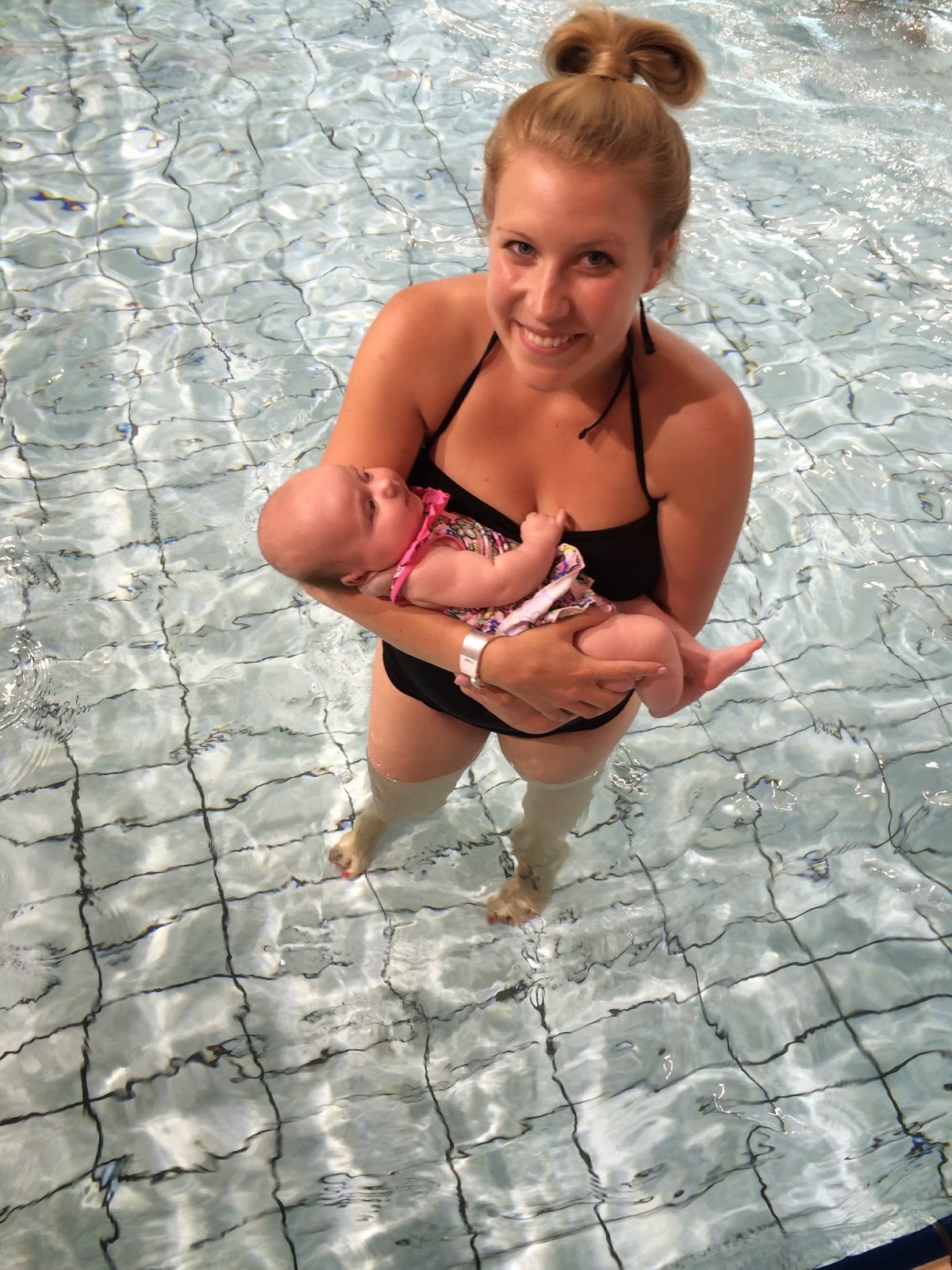 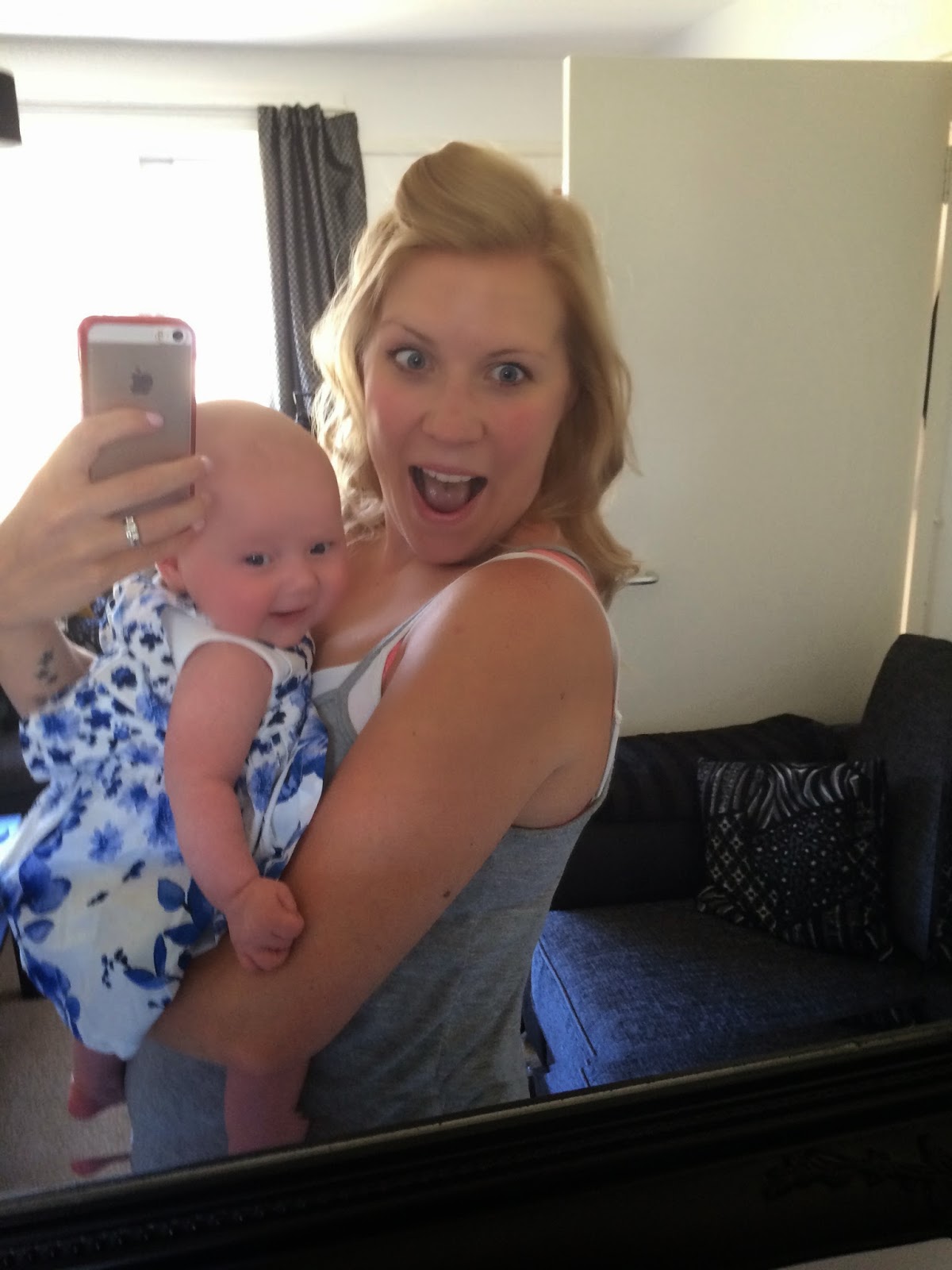 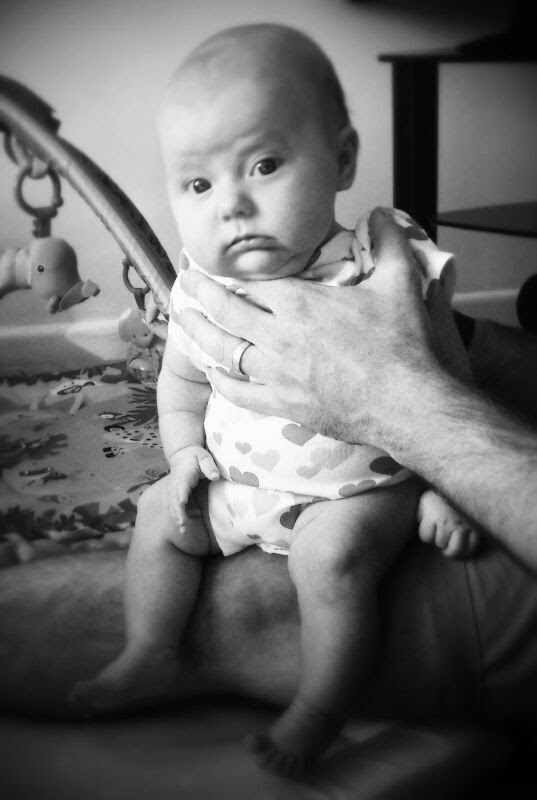 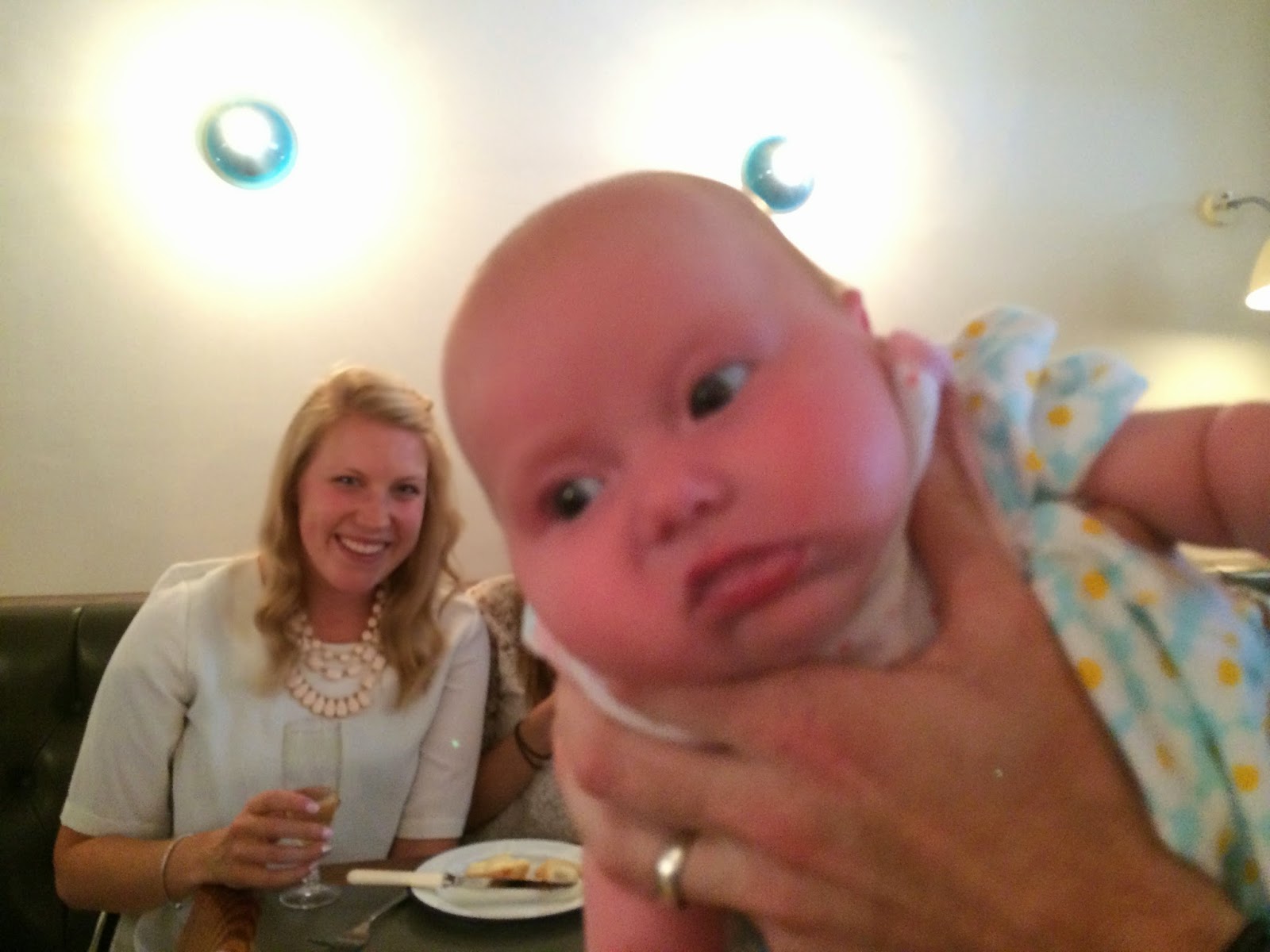 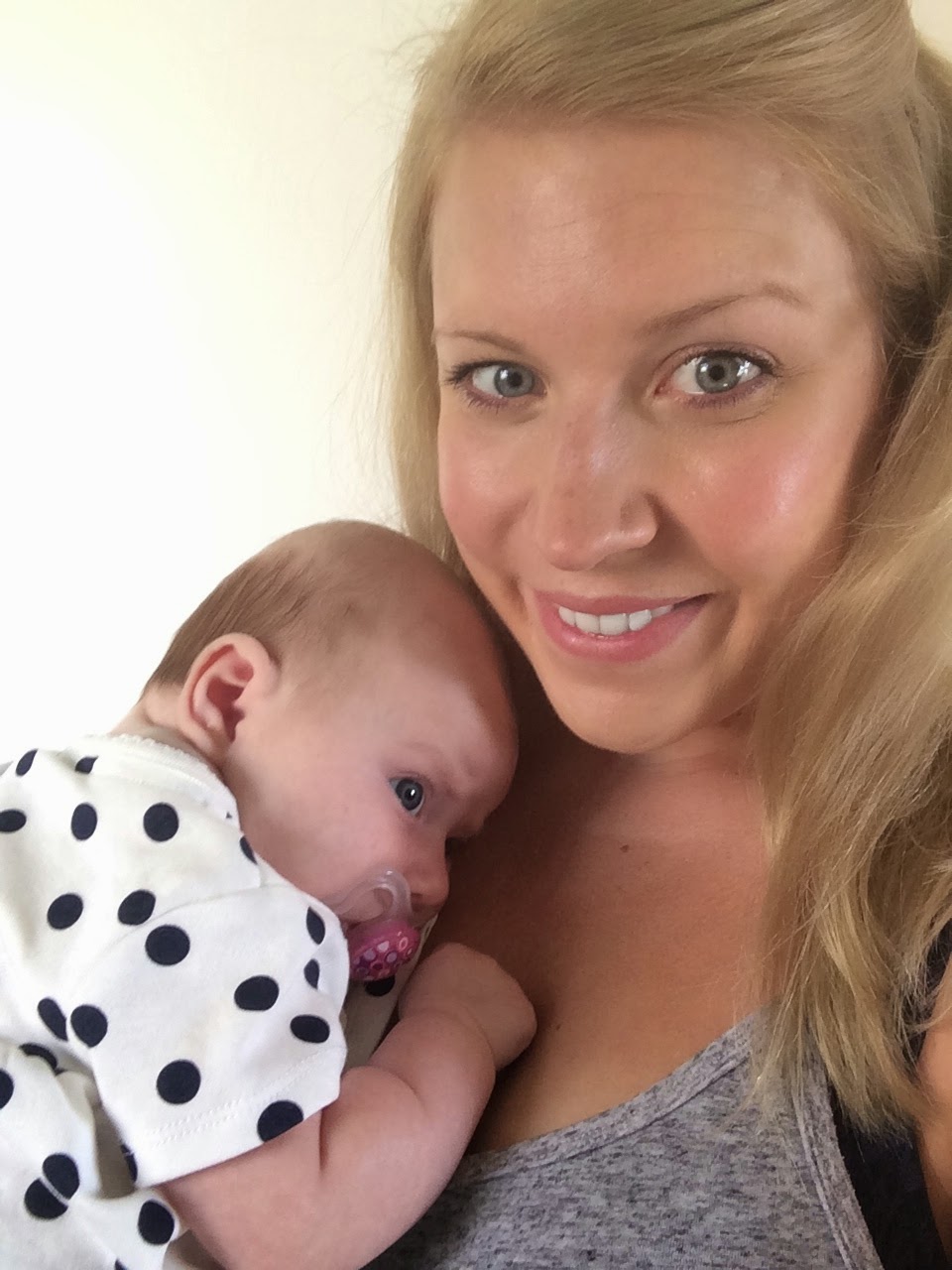 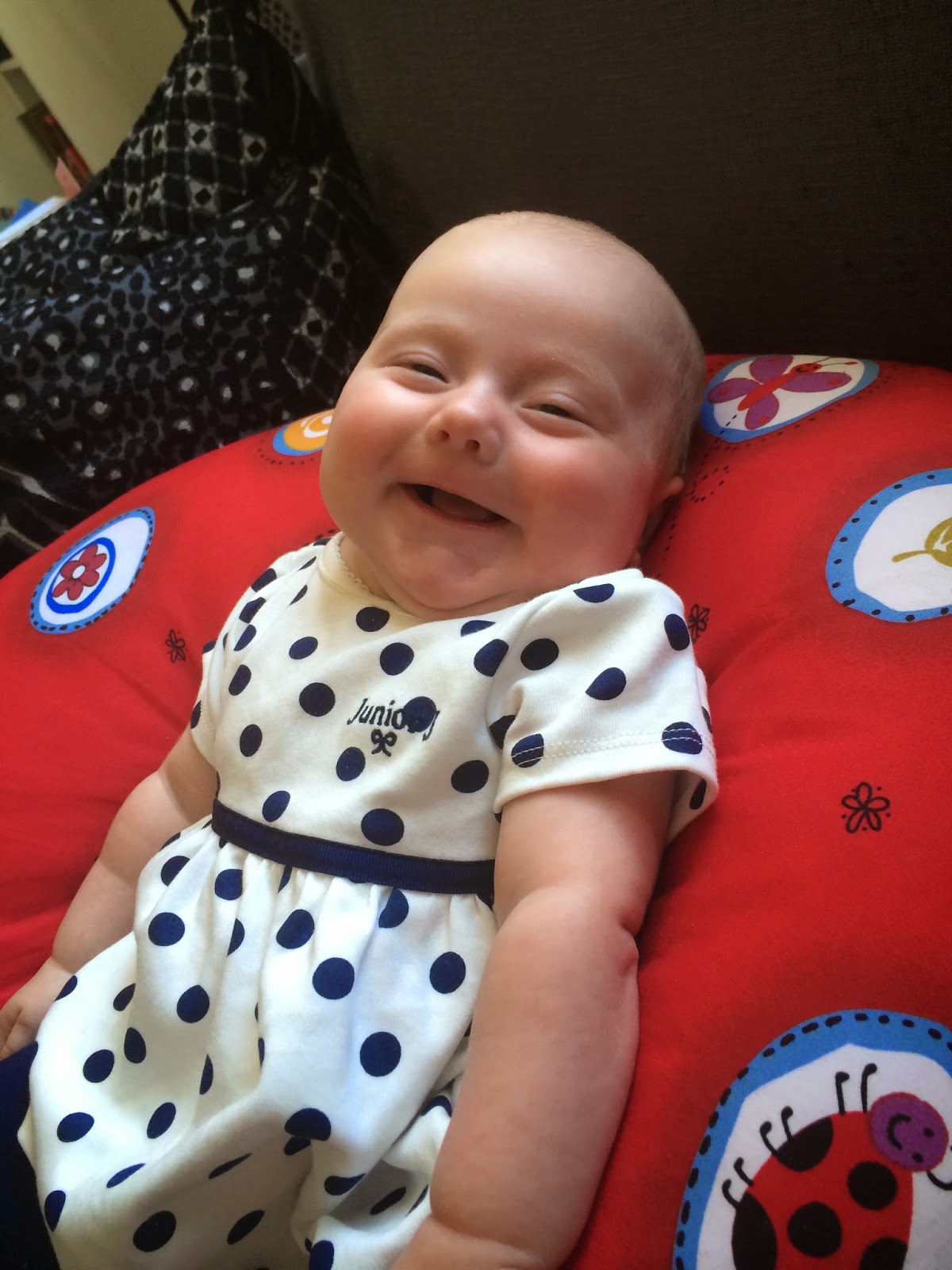 Love my little old man
Milestones:
Isla can now hold her head up pretty well and likes to be able to see everything that’s going on around her. She now looks at things more intently and has become quite fond of the TV (tut tut!). She loves to be with other babies and seems fascinated by them. Especially the boys much to her daddy’s horror haha. She likes to be sat up in her Widgey cushion or held up so she can try standing. When having tummy time she can shuffle herself forward quite far and fast with her legs. I think she’ll be on the move as soon as she can. Uhoh! She smiles a LOT and has also mastered the shocked look which is hilarious when she does it for no reason. The noises she makes are changing and sound more ‘speaking’ like i.e. they are different pitches and noises rather than just a cry. She has rolled over…once and I missed it!
Routine:
Still quite similar to her routine at 2 months but has dropped her midnight feed and has shifted her 3-4am feed to around 5-6am as of the past two nights.
The time under the mobile continues to be a hit in the morning and gives me time to do housework, sort myself out for the day.
We still do bath, massage and bed but I really need my massage classes to start so I do a better job!
Weight:
I got her weighed at 11 weeks and 6 days and she was just over 14lbs!!! She just keeps gaining and gaining. She’s got the chunky thighs now and chubby arms which are just so cute and squeezable.
Feeding:
Bottle times have changed slightly:
– 5-6am
– 9am
– 1pm
– 4-5pm
– 8-9pm
Still finishing every bottle! We’ve been having issues between 7-9pm with Isla screaming for no reason. She’s been fed, changed, bathed, had entertainment throughout the day but still cries so hard that she’s almost shaking for what appears to be no reason. It’s so hard to watch. I’m starting her on infacol now so hopefully that’ll help and Wonder Weeks does say she’s probably going through a developmental leap just now anyway so I imagine that won’t help.
Clothing:
We are still in 0-3 months in most things but have snuck into a couple 3-6 month dresses already. I’m so stuck on what sizes to buy her now. Should I start stocking up on 6-9 months or will the weather mean anything I buy now won’t be suitable then. Decisions decisions!
I’m enjoying this stage because she’s becoming more interactive by the day. It’s really lovely to watch her learn and grow every day.

Mummy Monday: Broodiness Soon After Having A Baby