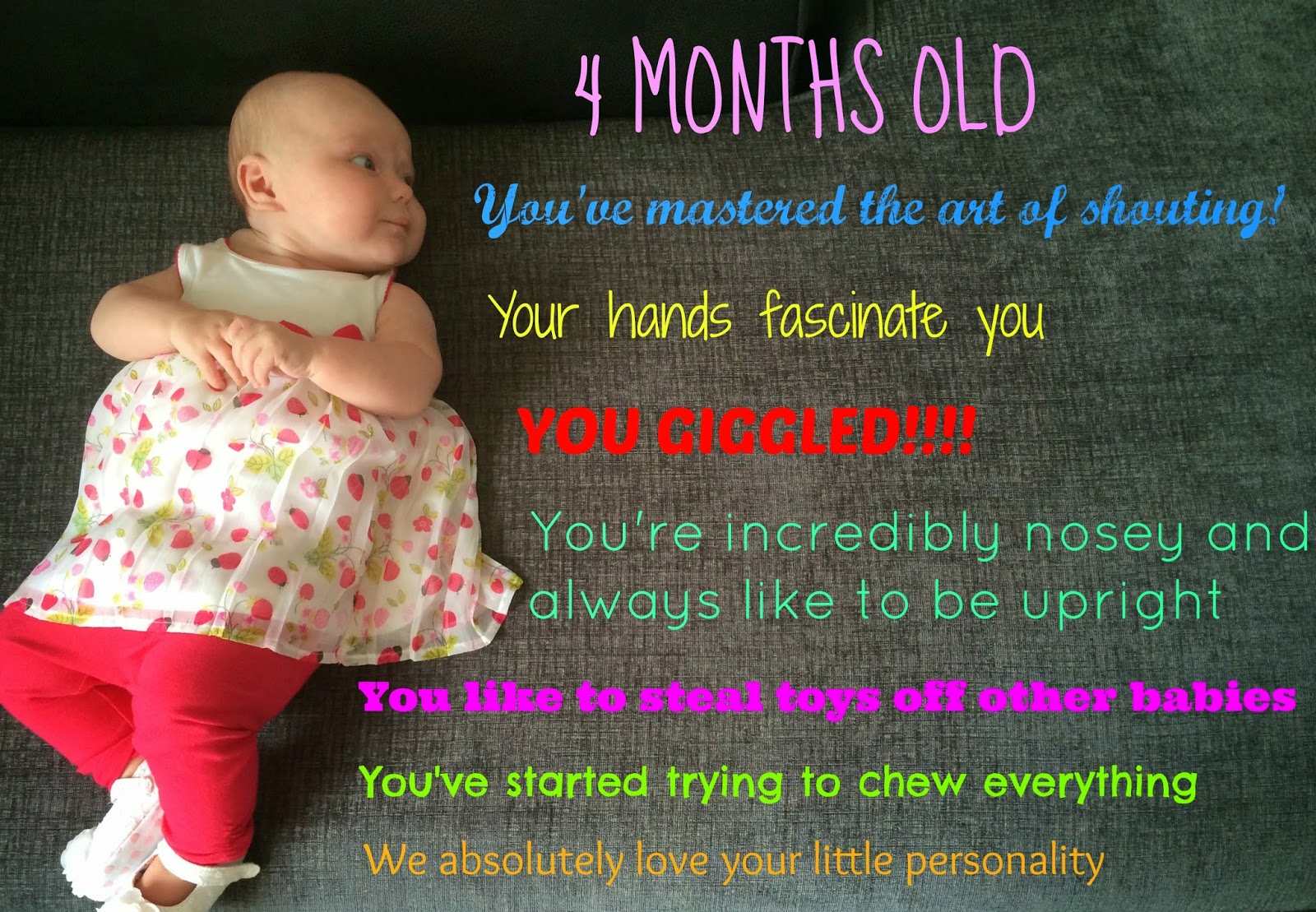 This month has brought about so many changes in Isla. She is really growing up and mastering all sorts of new things every few days – I can barely keep up!…

We’ve been going to the same baby groups but one of them has stopped now. It was just a 4 week course thing but we met some really nice mummy and babies that we’re meeting up with quite regularly which is really lovely. I’m now looking into ballet, swimming and yoga for Isla once they all start up again in September. Exciting!
We had visitors this month – Rob’s parents came and stayed with us. And his brother and sister in law and our niece and nephew stayed with our other brother, sister in law and nephew who also live round here. It’s always great for Isla to be around her cousins and family that she doesn’t get to see as regularly as she would if we lived nearby.

Unfortunately though, someone decided to get a bit clingy that weekend and started proper crying (red faced crying!) when she went to other people, which she’s never done before. I had a mini panic and was like ‘oh poop, she can’t be doing this already’ (they’re meant to get clingier around 8 months apparently) but it appears (fingers crossed) to just have been a bad weekend because on a trip up to London she was passed around friends like a hot potato and she was totally fine. She was also completely fine with my dad who she hadn’t seen since June!!
A few of the trips we’ve been on include going up to see Rob’s parents in Derbyshire, a weekend away for me at Electric Daisy Carnival, a day up to my office to see everyone and, as always, a couple trips up to London! Got to see my lovely antenatal girls too.

We also had a photo session with Isla so are looking forward to getting the photos through from that. She was pretty good throughout the whole thing but really doesn’t trust big cameras so we didn’t get a whole load of smiles unfortunately! Just a lot of serious, concerned faces – she’ll have a good poker face when she’s older haha.
Some snapshots… Sunshine times – the weather has been so good (there’s the poker face in the bottom right corner!). 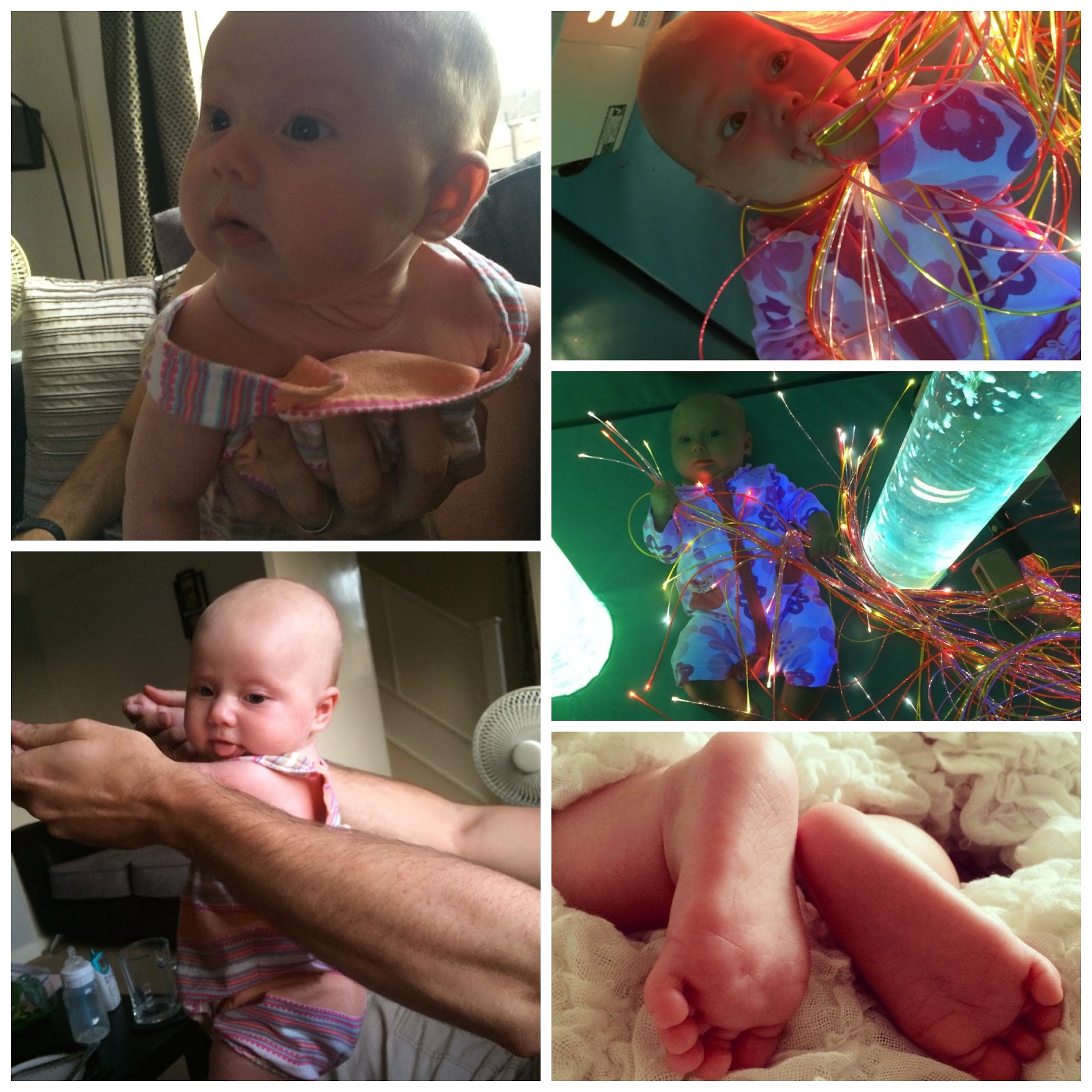 Isla loves a sensory room – keeps her quiet for ages! 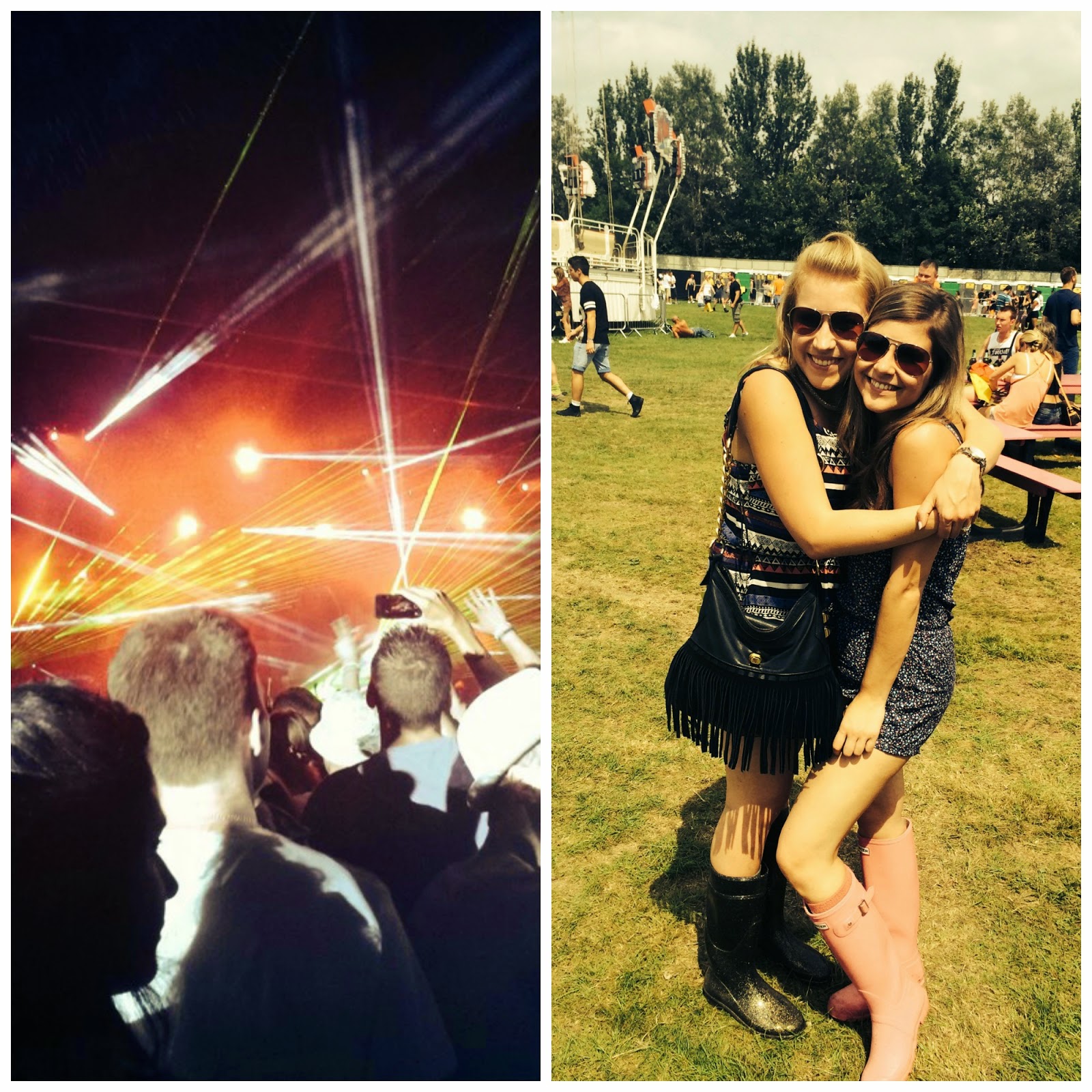 The main, huge, important one for us was giggling!! It was literally the best sound ever! A lot deeper than I was expecting but just amazing. She’s teasing us and still only doing it here and there.
Isla is managing to roll over. Mainly from her back to her front but a couple times she has gone from the back to the front.
Her head and neck are super strong now. She’s holding it up nearly all the time.
She is trying so hard to sit herself up. In the Widgey she manages to properly sit herself up and sit for a bit.
She’s enjoying tummy time a lot more and is quite happy to be on her tummy looking up and around for a longer periods of time now.
A much bigger range of sounds are coming from Isla now. It seems like there’s a new noise everyday. The favourite today was hissing!

I think she’s started teething because there is a lot of dribbling going on and she keeps shoving her whole hand in her mouth to chew on. If I’m not careful it’s often my hand she grabs to chew on and she can bite pretty hard even with no teeth!

We have a bottle at around 6am and usually go back to sleep till 8-9am (if we’re lucky). Then we wake up to huge smiles and happiness from Isla. We get up, go downstairs to have a bottle if she’s asking for it. If not we change her and get ready ourselves.
Then we have play time. The mobile isn’t holding her attention for as long anymore so we usually play on a playmate with lots of toys and stories and letting her reach out and grab things from us.
If we’re not heading out, I then (bad mum alert) pop her in front of the TV for a little bit whilst I get some house stuff done. She loves a bit of athletics or Sky News and unfortunately the bizarre channel that is Baby TV.
Then we have the lunchtime bottle and I try to get her down for a nap. Sometimes she will, sometimes it’ll be a bit later. As long as she gets a few hours throughout the day, we’re usually safe at night.
If she wakes up before the 6pm bottle we have some more play time.
After the 6pm bottle we try to do bath, story and massage and then some quiet, chilled time before bedtime bottle at 9pm-ish.

She was 15lbs 1oz at 14ish weeks old. I’m going to get her weighed again this week and I’m pretty sure she’ll have passed the 16lb mark – go Isla!!!

Still pretty similar to the 3 month bottle regime. Slightly later in the morning – most mornings!
– 6am
– 10am
– 2pm
– 6pm
– 9pm
Still finishes nearly all her bottles. She does 6oz for the first 3 feeds then 7oz for the 6pm feel and just started on 8oz for the 9pm feed to try and stop the random 2-3am wake up call we’ve been getting for the past week. She wakes up just wanting to have a chat! Doesn’t want fed or changed, just a bit of a attention.

Definitely struggling to fit into 0-3 months now. The 3-6 month wardrobe has well and truly begun.
It’s all changing far too fast!
SHARE:

5 Things I’d Do Differently With My Next Baby

Flying With A Toddler