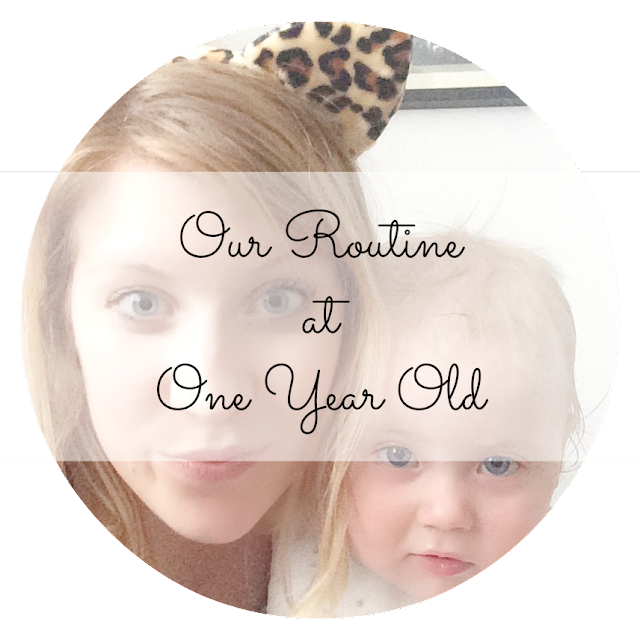 We usually include routine as part of the monthly updates but as this month’s one was so mammoth, I thought I would separate it out so as not to overwhelm you!

I’ve split it into weekday and weekend routine because they are a bit different with Isla being at nursery full time during the week (part time parent!).
Weekday routine:
Sometimes she wakes up between 5 and 6am for her 1st bottle and sometimes she doesn’t.

I get up properly at 6.30am and get ready for work. If Isla is up at this time she stays in her cot playing until I am ready to sort her out.
I get her dressed and her teeth brushed and we leave the house at 7.30am to get to nursery for 7.45am.
She has breakfast as soon as she gets to nursery and then does all sorts of developmental play and activities with her nursery friends. 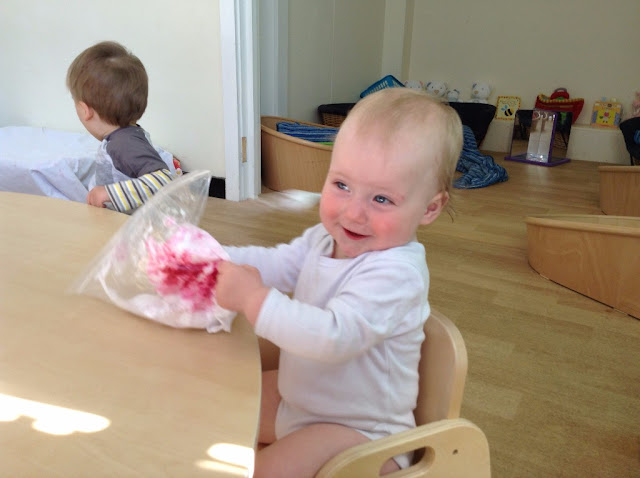 They have snack and she has a bottle mid morning.
They try to get her to nap twice a day like she does at home but the little beds are really easy for her to escape from so shock, that’s what she does! Mischief maker.
It sounds like she often naps through lunch and then has her lunch by herself afterwards.
Then there’s lots more play and a mid afternoon bottle.
They have their dinner quite early I believe. Not 100% sure on the exact timings but I think it’s about 4. There is then a ‘high tea’ snack of crackers and cheese, or biscuits and fruit before I pick her up at 5.15pm.
Sometimes she falls asleep in the car on the way home which can prove to be a nightmare, mood wise, before bed time. 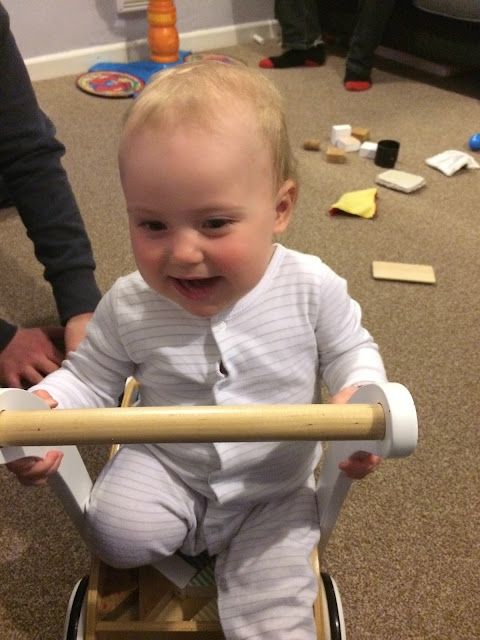 We have an hour or so of playing and family time before bath time at around 6.30pm. If we have any dinner around this time, she sits down and eats another meal with us. She loves her food! 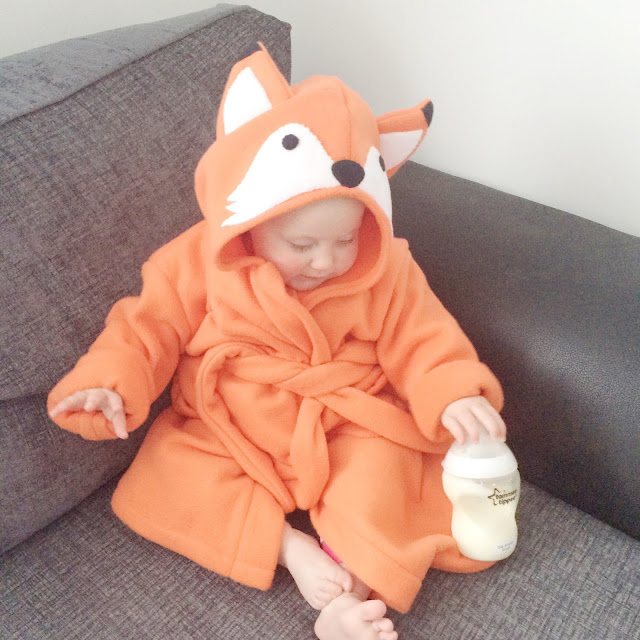 Then we’re onto the bed time routine. Bath, bottle, brush teeth and bed between 7 and 7.30pm. She is going down really well at the moment and just potters in her cot until she goes to sleep if she doesn’t fall asleep straight away. Happy days!

Weekend routine:
Everything tends to happen a little later at the weekend!
Isla often gets up at 7 and we give her a bottle and go back to bed. Sometimes she potters in her cot till 9am, if we’re lucky, but it’s usually 8am when she’s ready to get up properly.
We all get up and go have breakfast together. Isla still loves her porridge and enjoys a bit of toast too. If we have eggs, she’ll want some of that as well.
She’ll have a bottle around 10am whether we’re at home or out and about. 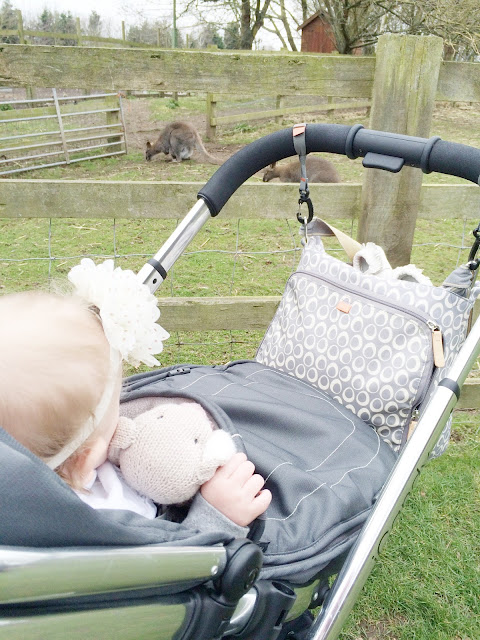 We have lots and lots of playing at the weekend and we love to get out and about. Isla is very good at just getting in the car with no fuss and coming with us wherever we go whether it’s shopping, to the park, out for lunch, up to London or wherever really. Now she’s on the move, she’s a bit harder to control once we get somewhere though! 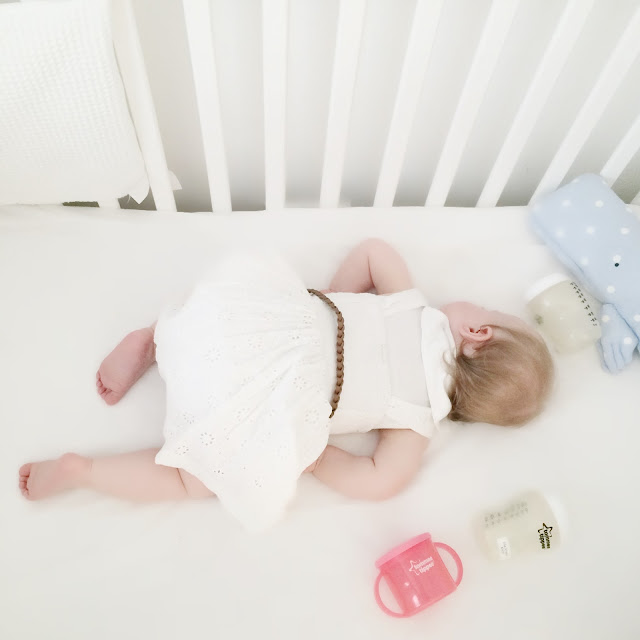 She usually has a mid morning nap when she’s at home. Sometimes it lasts 30 mins, sometimes it’s 2 hours. You never know.
Lunch is roughly about 12pm and is usually whatever we’re having with some extra finger foods and yoghurt thrown into the mix. 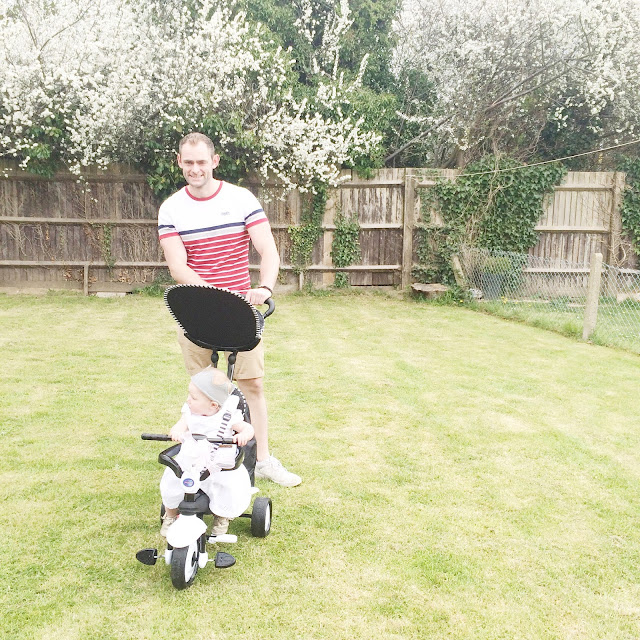 Lots more playing and roaming around in the afternoon. She loves being outside so when the weather is good, we get in the garden as much as possible.
Isla will have another bottle between 2 and 3pm and often go for another nap at this time too.
Dinner is at 6pm (ish) and again is what we’re having or an Ella’s Kitchen 10m+ pouch, pasta, jacket potato or scrambled eggs on toast if we’re having something unhealthy! 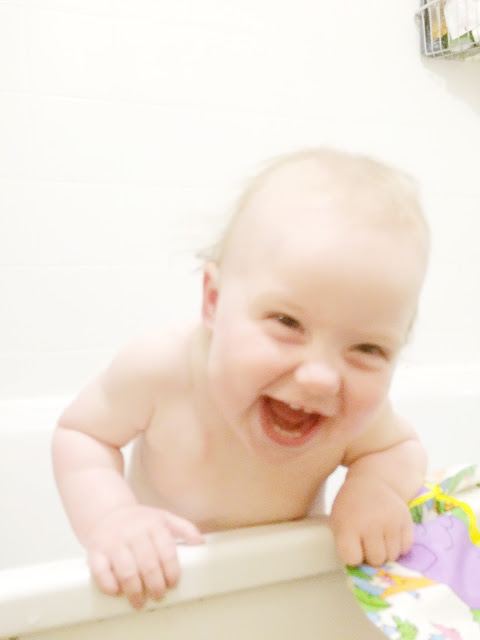 And then the bath and bedtime routine is the same as during the week.
Phew. It’s tiring writing it all down!
What are your little one’s routines like? Are they quite regimented or do you go with the flow?
SHARE:

How to deal with chickenpox