Your baby’s little bum is one of the cutest things about them when they are little (apart from the occasional explosions!), but keeping it nice and soft can be a bit of a battle at times. With all that time spent in a nappy, your baby’s skin can become irritated and sometimes develop nappy rash. 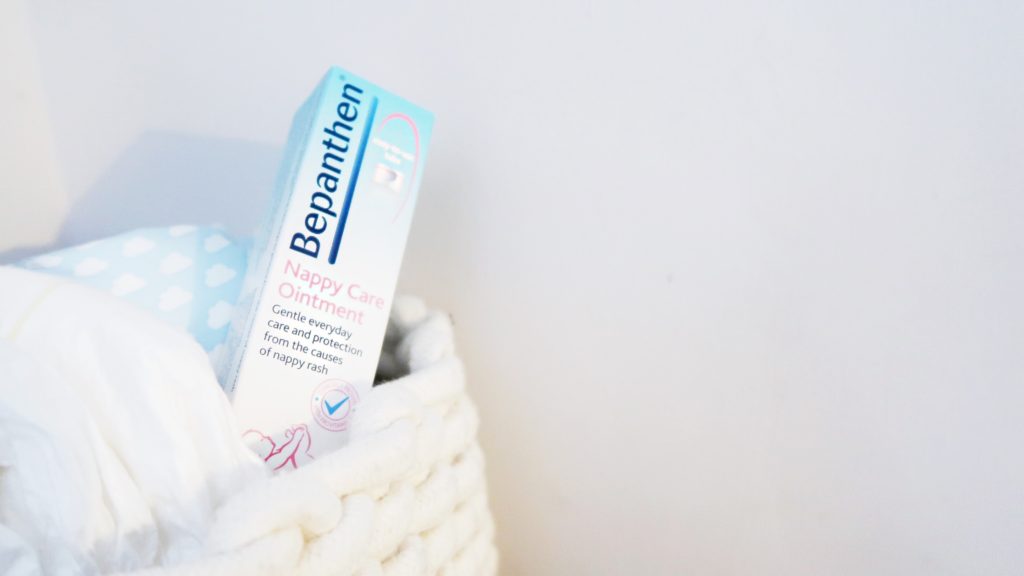 When it comes to nappy rash, most parents (and I was one of them) tend to cure rather than prevent it. When Bepanthen got in touch about their Bepanthen Nappy Care Ointment, which protects against the causes of nappy rash, as well as help to ease the discomfort of it, i was very interested to hear more.

Up to a third of babies develop nappy rash at any one time so it is pretty common and something important to protect against where possible. After all, you don’t want your little one’s bottoms feeling all sore an uncomfortable whilst they are in their nappy all day.

Nappy rash is an inflammation of the skin, usually caused by prolonged contact with a damp nappy. It can be worse overnight due to the fact that nighttime is the time you baby is in their nappy the longest. 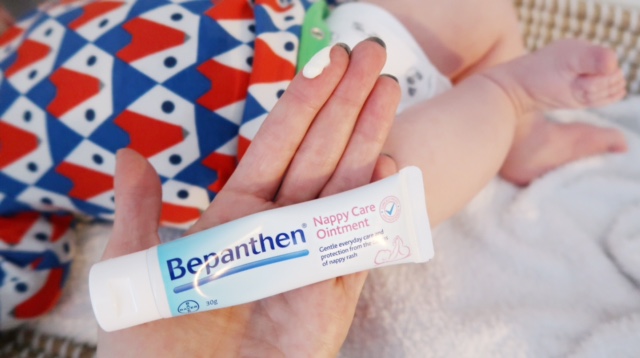 Bepanthen Nappy Care Ointment is free from fragrance, preservatives, colours and antiseptics so you can be confident that you can use it on even the mosts sensitive of skin. Babies’ skin is thinner than ours, as adults, and also more absorbent so it tends to need quite a bit more attention than ours does.

What the Bepanthen Nappy Care Ointment does is it forms a breathable, transparent, protective layer on your baby’s bottom and helps to keep it free from nappy rash. It also contains pro-vitamin B5, which moisturises and gently aids the recovery of your baby’s skin. 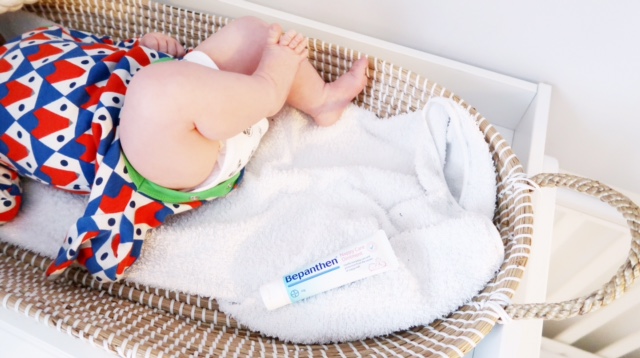 I found when Little I was younger I was able to do ‘free bum time’ – as my mum calls it – a lot more. Basically because she is a girl and was less likely to pee everywhere when her nappy was off! In saying that though, Baby L has had a lot less reactions so far, than the toddler did, so that’s good even without as much fresh air on his bottom.

We have always used a different nappy rash cream on the kids’ skin so I was very intrigued to see how we would get on with the Bepanthen Nappy Care Ointment.

The toddler is not in nappies anymore during the day. Only overnight as we haven’t quite cracked that area of potty training yet. Baby L is only 13 weeks old though, so we are very much back in the 8 nappies a day stage again! 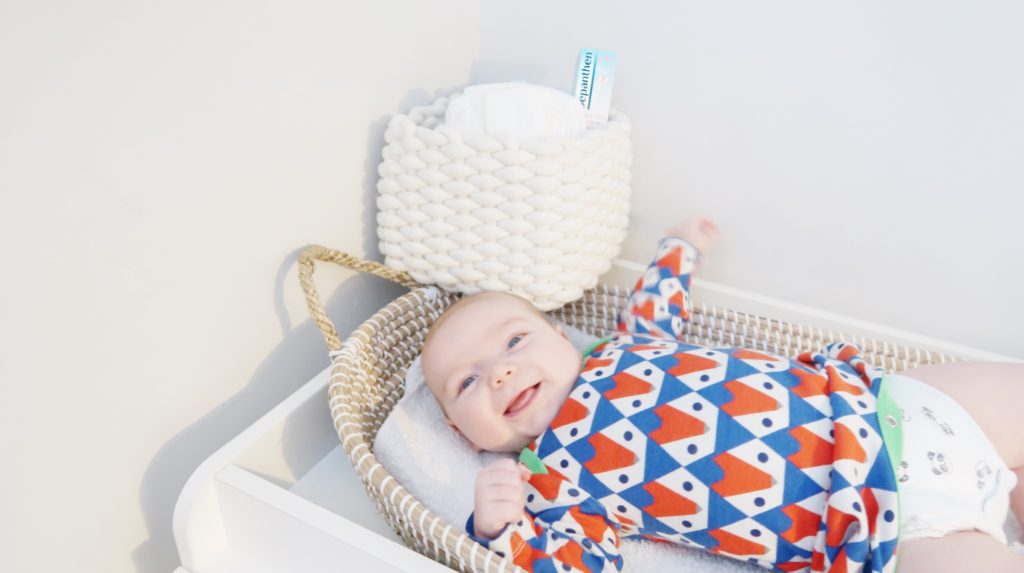 We have gotten on really well with the Bepanthen Nappy Care Ointment. The texture is great. It’s not too greasy or thick and slides onto your baby’s skin with ease. It also absorbs quickly and evenly. It felt a little bit thick when it first came out of the tube but once it’s on your finger and you start to spread it on the skin, it thins out a lot. It’s the same with the transparency. It’s not too transparent when it first comes out but once it soaks into the skin, it is. 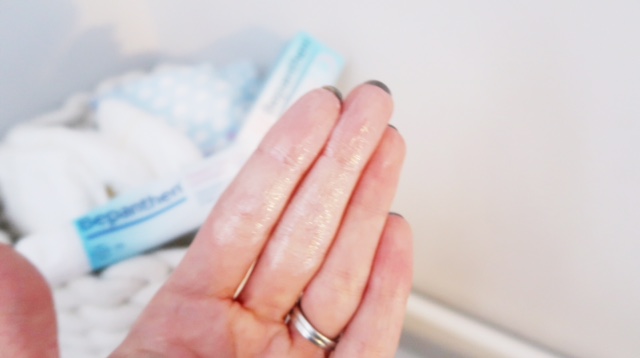 The thing I love the most about the Bepanthen Nappy Care Ointment is its packaging. It’s flip top cap is so easy to use and even means you can use the ointment one handed, whilst dealing with your baby or grabbing a nappy at the same time. I’m dreading the ‘on the move whilst trying to change’ stage again, so I will be even more thankful of this easy feature when that time comes I think!

I also really like the fact that you can trust the product and know that it is free from any toxic ingredients, and doesn’t contain any unnecessary ingredients either. I like to keep things as simple as possible when it comes to my children’s skin, so am more likely to enjoy using products such as the Bepanthen Nappy Care Ointment, over a heavily scented product.

I have used the Bepanthen Nappy Care Ointment a couple times on the toddler and quite a lot on Baby L. Both have gotten on well with it. We’ve had no reactions, it has made their skin softer and has stopped the toddler complaining of a ‘sore bot bot’ after bath time, so that’s a thumbs up from me!

Another exciting thing to share on the Bepanthen front, is that they have launched a new e-book, What the Parenting Manuals Don’t Tell You, by parents for parents – a book providing genuine tips for new or expectant parents from mums and dads who have experienced it all. It has been developed in collaboration with parenting expert, Lisa Clegg, the tips that form the book were crowd-sourced via social media, including a BritMums Twitter party and with humorous and warm-hearted sketches by illustrator and mother, Alyana Cazalet.

You can see (and download) the book online here.

Bepanthen Nappy Care Ointment is available at all leading supermarkets, chemists and independent pharmacies and has a RRP of £3.99 for 30g or £7.99 for 100g.

Do you use any creams for nappy rash etc on your little ones?