Who doesn’t love fresh, new bedding? I can tell I’m approaching 30 because I genuinely get rather over excited about the thought of putting new bedding on our beds, Little I’s included. Although, in saying that, I’d be lying if I didn’t say I actually got the same feeling when my mum used to do it for me all those years ago at home. There’s just something so refreshing about a nice, new bedding set. It’s one of those things that can instantly brighten and rejuvenate a room.

In light of this thought, I thought it would be fun to share some of my favourite children’s bedding sets that I have come across recently during my, rather frequent, online browsing of home departments. 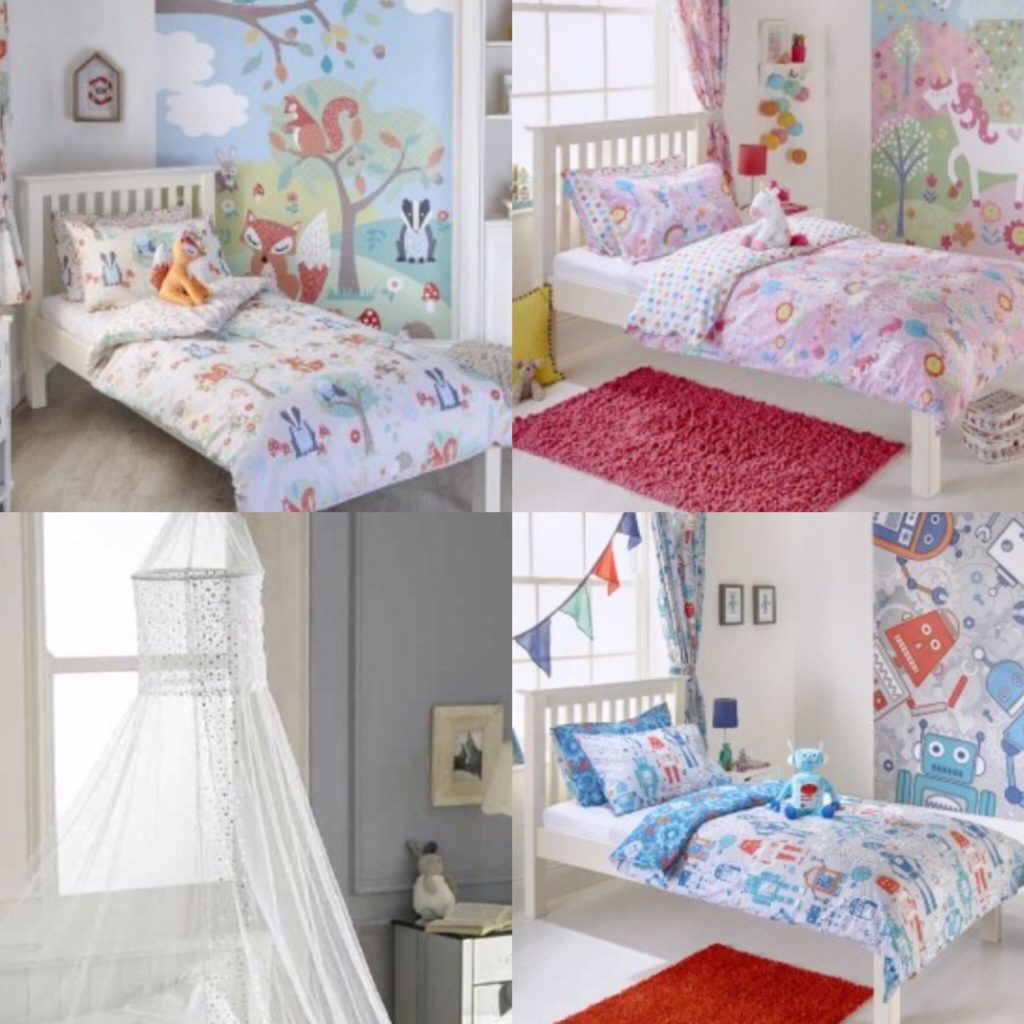 Yorkshire Linen Woodland Creatures Set – this is a super cute, unisex bedding set. I love the soft colours and most children Little I’s age are rather fascinated with animals, so I think this set would be a hit. Children’s double duvet covers from Yorkshire Linen are great.

Yorkshire Linen Unicorn Set – this set is very girly and fun. I love the rainbow and unicorn illustrations.

Yorkshire Linen Robot Set – I don’t know many boys (and quite a lot of girls) who don’t love a robot. I like the print on both sides of this duvet and think it would be a welcome addition to a kid’s room.

Yorkshire Linen Canopy – I’d like to get one of these for when Little I is older. I definitely wouldn’t trust her at the age of two with one! 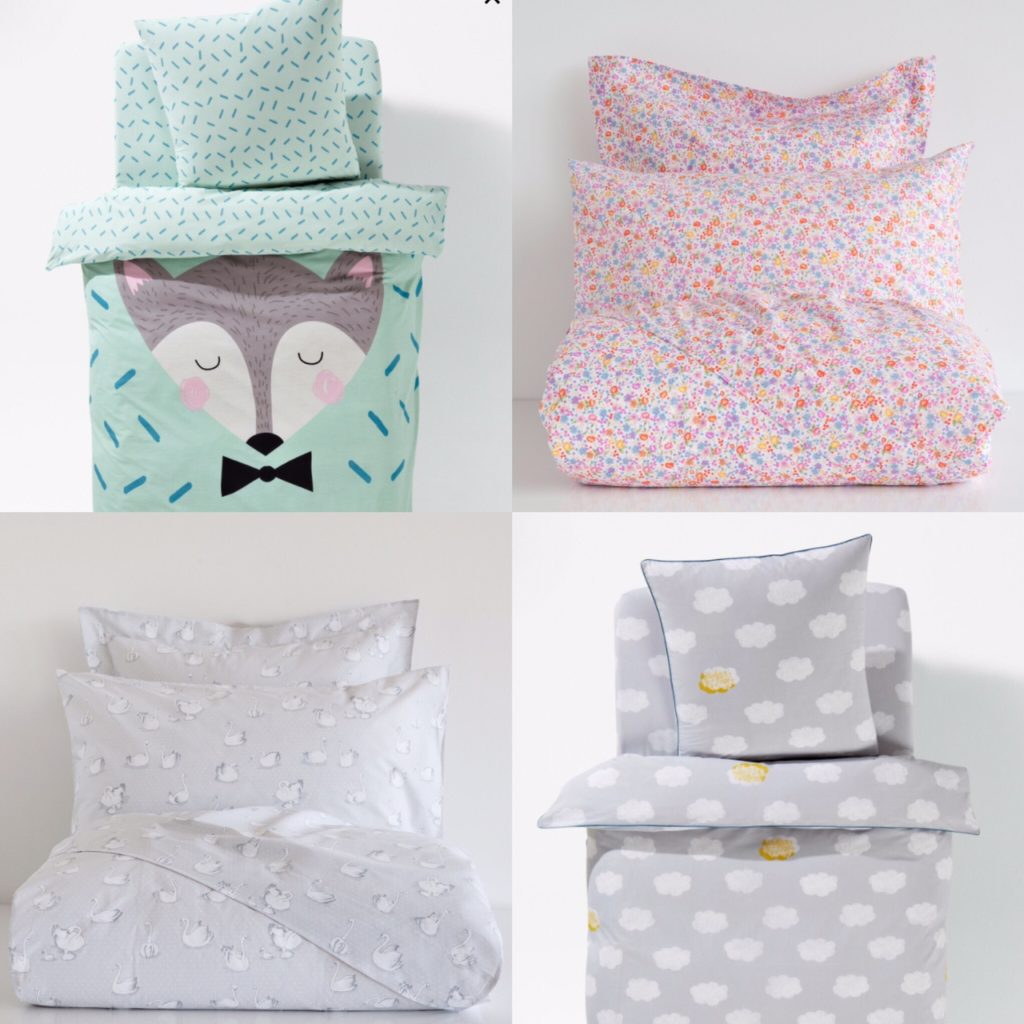 La Redoute Fox Set – I’m a huge fan of unisex styling. I’m not overly keen on all things Pink and girly for Little I, so I’m making the most of the time before she wants to choose for herself to indulge my own styling for her room.

Zara Floral Set – the colours of this duvet set are just gorgeous and I think it would look great with a White throw and some White cushions.

Zara Swan Set – Little I’s nursery is Grey and White, which is probably what drew me to this set. Swans are beautiful and elegant so make a lovely print on this bedding set.

La Redoute Cloud Set – another unisex option. I’ve got a thing about clouds and like the simplicity of this design. 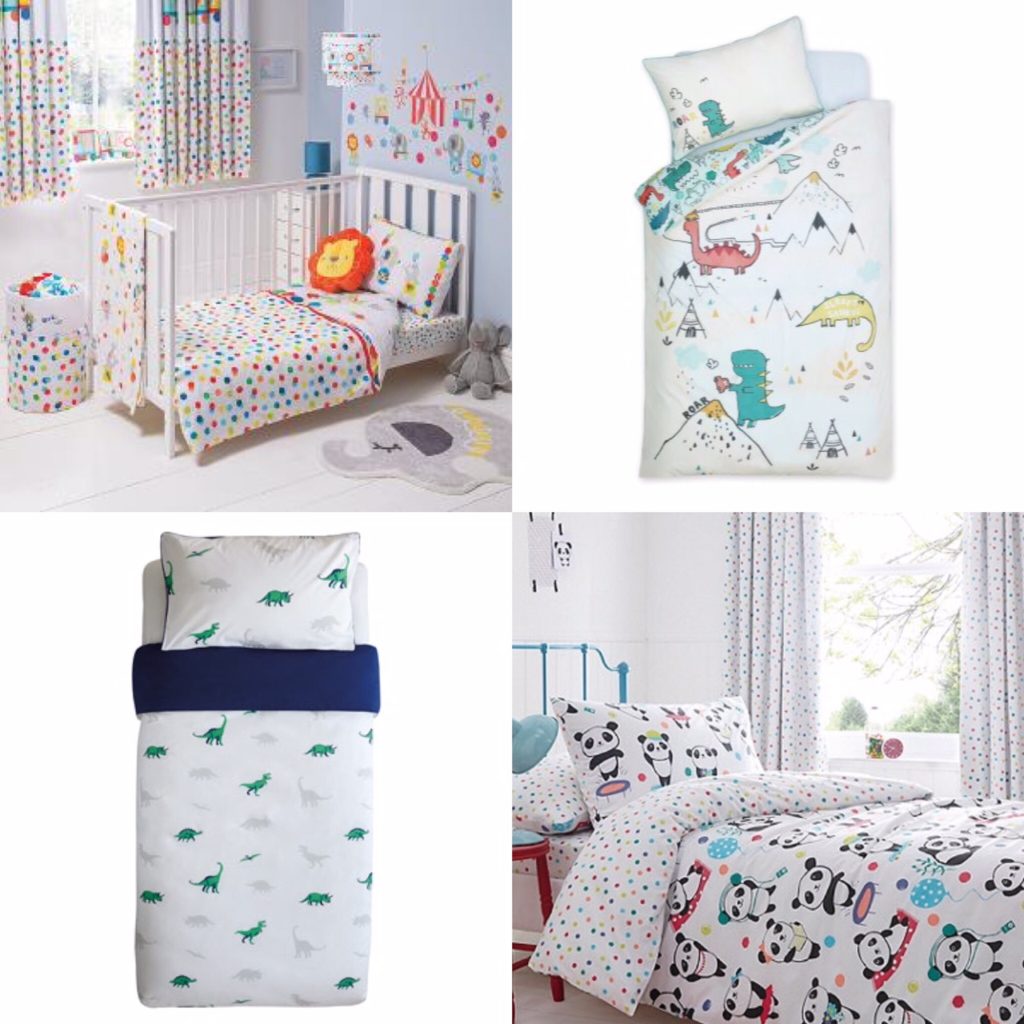 Asda Circus Set – another fun animal set. I like the bright vibrant colours of this one.

Next Dinosaur Set – I like the busy-ness of this duvet set. It’s a really fab scene with the dinosuars, mountains, teepees etc.

GLTC Dinosaur Set – this is a nice, minimalistic version of a dinosaur duvet set. Classic and simple.

Debenhams Panda Set – the Black and White colours of the pandas work well as a contrast with the other bright colours used on this duvet set.

Where do you tend to shop for your bedding sets?

*This post was written in collaboration with Yorkshire Linen but all the picks are 100% honest and found by me!

How to style a kids’ Easter table

School Days with George at Asda