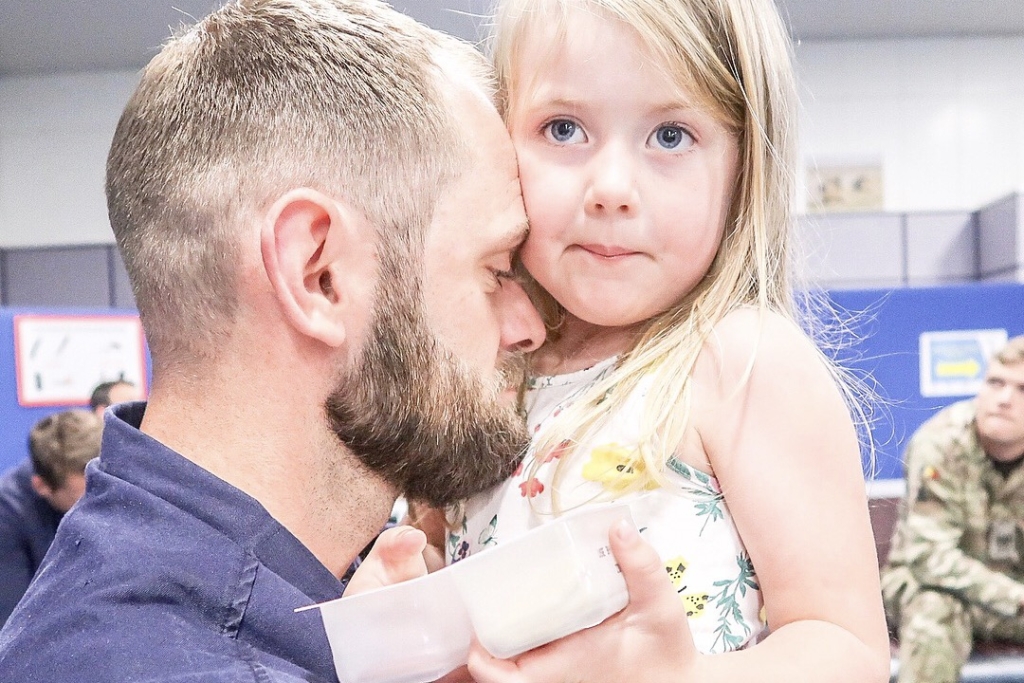 Here we go again. Another six months. It’s strange how quickly all the familiar feelings come flooding back. How quickly you can go from being ‘ok’ to definitely not being ok.

You can prepare all you want, practically and emotionally, but when the day actually comes, it hits you like a bloody double decker bus. I thought I’d be ok. I thought I had built myself up emotionally because R has been away 80% of the year leading up to the deployment anyway. I was wrong.

How will I cope? I’m so lonely already. I just want to go home to Scotland. How has this come around again so fast? I have no escape this time. I’m so tired. I don’t want to do everything myself. It’s not fair. I don’t want to dread every weekend again. These are the questions and thoughts going around my head just now and I can’t make them stop, as much as I want to.

R’s flight was early morning and the check in closed three hours before the flight actually went (don’t ask) so we set off to RAF Brize Norton at about 1.30am, after about two hours sleep. We decided to take him, instead of him getting on the bus that was going from the dockyard because I had been away for the two weekends leading up to it (hen weekends). I wanted us to spend every minute together before he went. I also think it’s important for the kids at this age to see him actually go and make a connection to the fact he won’t be back for a while. I find if he just says goodbye at home and leaves out the front door, the kids just assume he is coming back that night – which makes everything even harder. 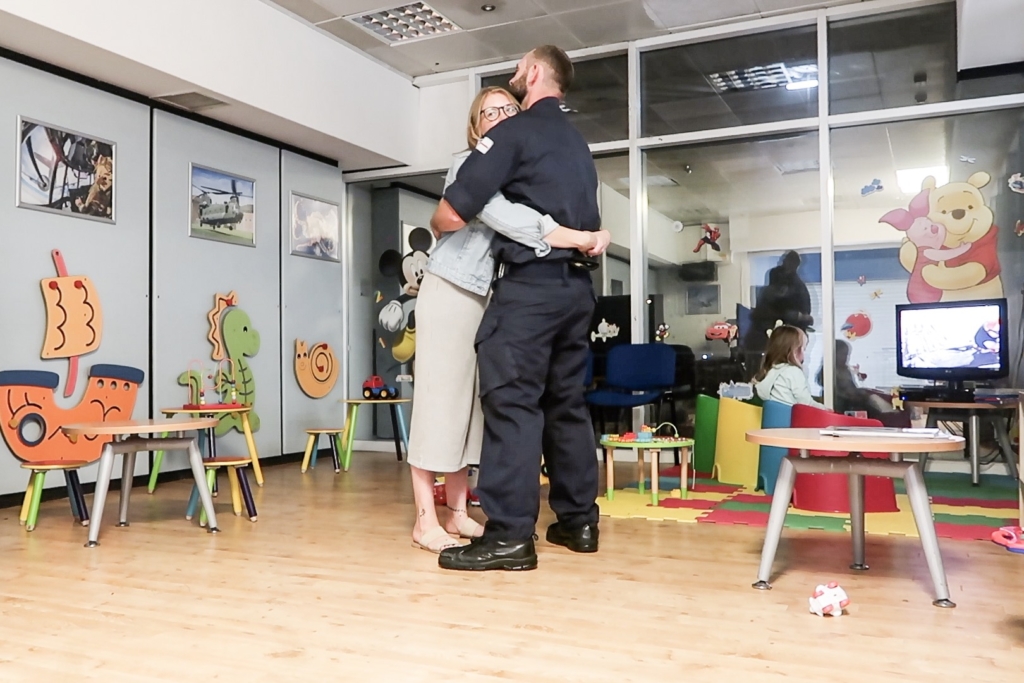 They seem ok for now. L had an absolute meltdown when R went through for his flight which surprised me. I thought it would be Little I. I’m sure her time will come. The realisation hasn’t hit yet, I don’t think. And when it does, I’ll just have to support her as much as I can.

We spent the time before he went playing in the kids’ play area (they didn’t have that last time) and drinking 90p cups of tea out of the vending machine. There were only a few people from R’s crew flying out that day so we chatted to some of them and then sat round in the main bit waiting for him to get called through. 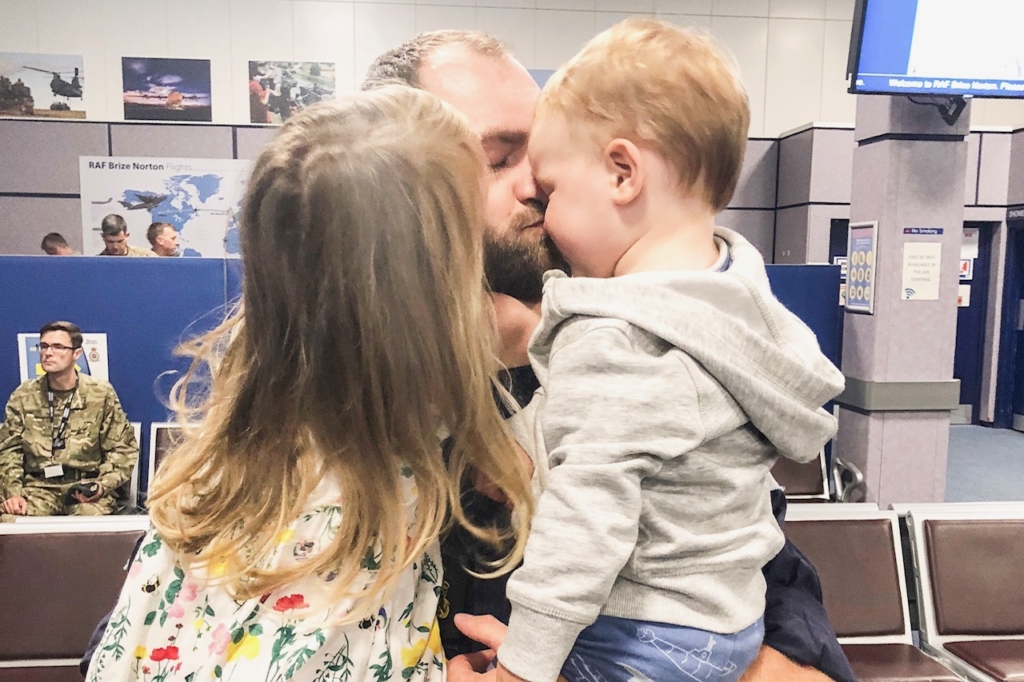 I managed to hold it together and didn’t cry properly until we got back in the car. It’s the weirdest thing. One minute you are in a room with lots of people and then within minutes you are practically the only one left (because there are usually only one or two flights going at any one time). You kind of just have to pull yourself together and leave. 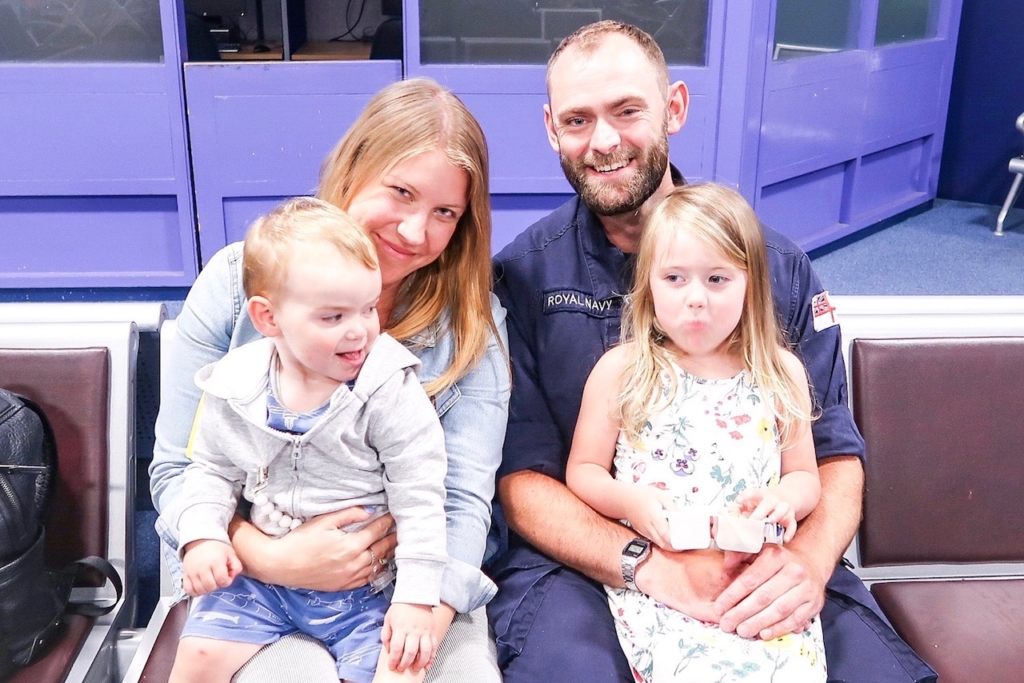 The drive home was hard because I was so tired. We had to pull over at a services so I could have a little nap, while the kids napped. No amount of coffee was helping!

We then just busied ourselves with the usual routine – Little I’s swimming, food shopping – and then met friends for lunch. The best way to cope is to be busy.

Setting up the deployment countdown board, playing the kids’ stories from Dada for bed time, tucking in their huggable heroes with them, tidying away R’s washing knowing he won’t need it for the next 6 months, even moving our car seat to my driving position knowing I won’t have to moan about him changing it to his again for a while – it’s all been a bit heart breaking.

I’m sure we’ll be fine very soon but for now I just want my husband and best friend back. I’m constantly checking to see if he’s arrived safely.