Whoever came up with the name ‘morning sickness’ needs a slap. Try more like morning, noon, evening and night sickness. As was the case when I was pregnant with Little I, morning sickness has hit me big time again. 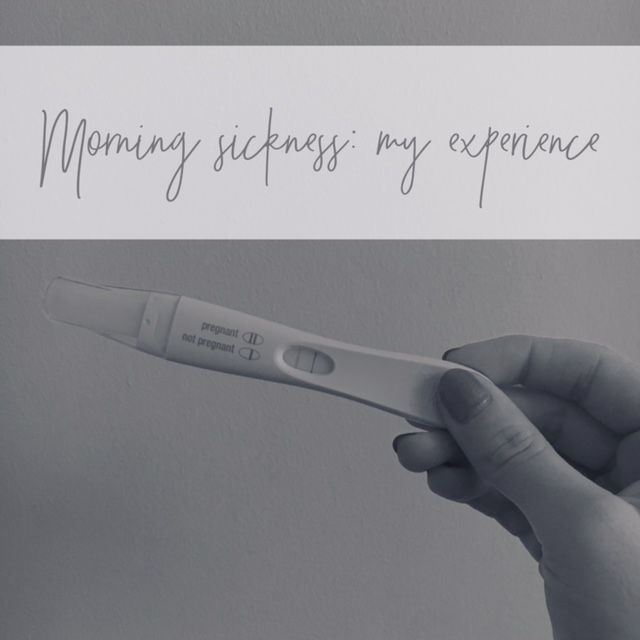 This time it’s different though. I was sick before I even found out I was pregnant, but that only lasted a couple days. Then I had 3 blissful weeks of not feeling sick at all, to the point I actually became worried about it. I needn’t have though, because at exactly 6 weeks pregnant morning sickness reared its ugly head and struck me down.

It got so bad in the first week that I was bed bound for almost two days and couldn’t even keep water down. Not great when you need to get to work every day. I was genuinely scared that this was the way things were going to be and I’d have to tell work about the pregnancy early. Luckily (well kind of) the sickness died down a little bit at 7 weeks pregnant and I was only feeling sick about seven times a day and only actually being sick once, mainly at night.

When I was pregnant with Little I, I had constant nausea that didn’t go away for five months but I was rarely ever actually sick. It was horrible but I can’t decide what’s worse. Feeling like that or feeling how I feel now. Now I get about 5 ‘bursts’ of feeling sick a day and have pretty constant nausea in the evening, once I’m home from work. Which is rather considerate I guess. It’s easier to feel sick at home than it is at work.

Smells are affecting me a lot more this time around as well, which is contributing to the stronger bursts of nausea, as opposed to the constant, but less strong, nausea I had when pregnant with Little I. Food smells in the kitchen at work are hard to deal with and even perfumes, deodorants and cleaning products are making me feel sick. Everything smells 10x stronger and at one point even the smell of my own skin made me feel sick. Awful!

I’ve also gone off a lot of foods, which didn’t happen last time either. Nearly all meat has become repulsive to me, which is weird because I was vegetarian for twelve years but have eaten meat for the last five. Even the thought of a lot of food can start me gagging. It’s hard to figure out what I want to eat but I’m so, so hungry. It seems to just come out of nowhere and I’m like BAM, I NEED TOMATO PASTA NOW. I’ve even kind of gone off coffee and tea, which is just crazy talk! It’s so different from last time.

Apparently 80% of women suffer to some degree of morning sickness during pregnancy so I know I’m not alone, it’s just so hard when you are trying to hide the fact you are pregnant at this stage. I’ve styled out many a gagging session with pretending to have a crazy coughing fit. I don’t think anyone’s noticed…

Did you suffer from the dreaded morning sickness when pregnant?

*This post was written when I was 8 weeks pregnant