Pregnancy can be the most wonderful time, but it can also be a time where you are often filled with worry – especially if it’s your first baby. There are all sorts of things that can cause anxiety during pregnancy, but the one that gets mentioned by most mums is reduced metal movements. Both my pregnancies have ended up with hospital admissions and we are more than happy to be working with Tommy’s to raise awareness about fetal movements, through their #MovementMatters campaign. 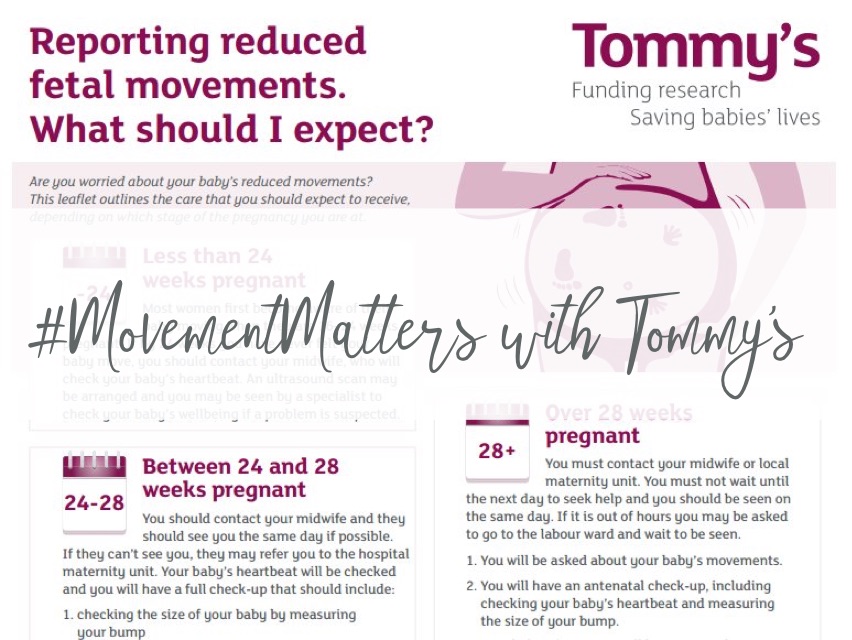 With Little I, I had placenta previa and was hospitalised after having quite heavy bleeding. Whilst I was on the ward the midwives noticed that I had reduced movements through the monitors we were hooked up to. What scared me the most was that I didn’t actually realise I was having reduced movements. It turned out she was just having a bit of a moment that night but I did have steroid injections in case they had to induce me at 28 weeks pregnant. It was scary but I knew I was in the right place with the right people looking after me. 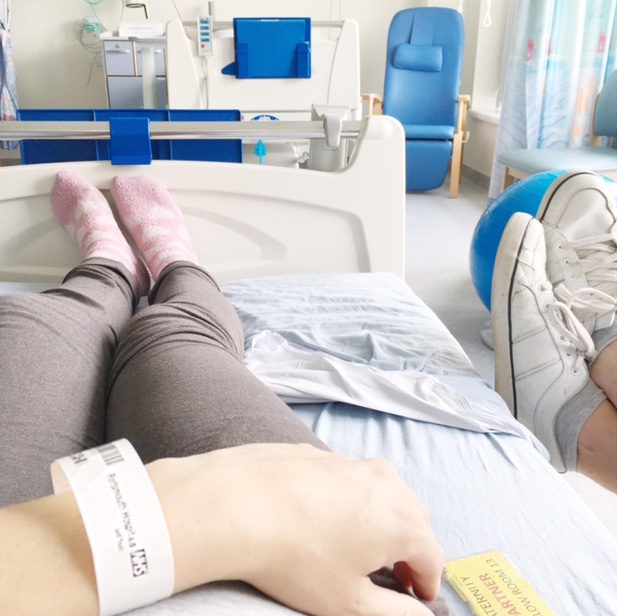 I ended up back in hospital whilst pregnant with Baby L due to bleeding and blood pressure concerns at around 24 weeks pregnant. Once I got discharged to go home I noticed baby’s movements had decreased over the period of a day or so. I tried drinking cold water, hot tea and eating some sweeties to get baby moving but it didn’t seem to be helping. My mum was staying at the time so she convinced me to go in and see someone. I headed over to the hospital and was seen really quickly by a lovely midwife who popped the monitor on and kept me on it for over an hour to make sure everything was ok. 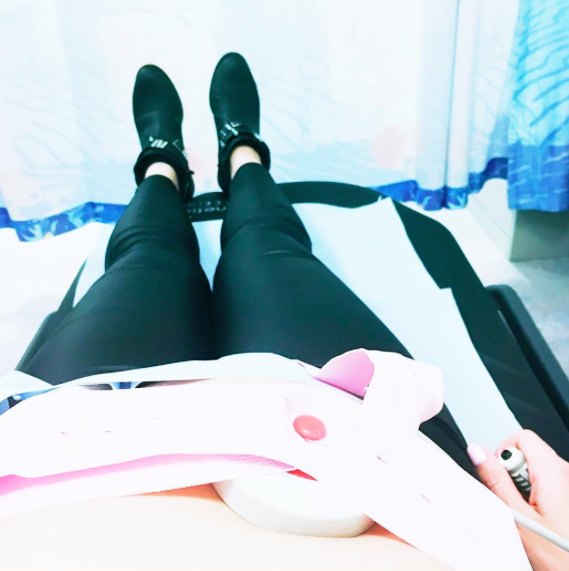 A slightly troubling statistic surrounding baby’s movements is that 52% of women would be worried about seeking help, for reduced movements, due to a fear of ‘wasting midwives time’. Any midwife I have ever spoken to have stressed the importance of monitoring your baby’s movements and they would much rather you came in for monitoring and put your mind at rest, rather than sitting at home worrying.

A story that really hits home the importance of monitoring your baby’s movements is the story of my lovely friend’s second baby’s birth. She had been heading out to get her nails done, noticed that she thought her baby’s movements had decreased, popped into hospital to mention it and ended up having an emergency caesarean hours later. Her little baba had his cord wrapped around his neck 5 times.

Reduced baby movements can be the first sign that a baby is in distress. Recent research has shown that around half of women who had a stillbirth said that they had noticed that their baby’s movements had slowed down beforehand. I remember a midwife telling me this in hospital and it is such a heartbreaking statistic.

Another heartbreaking fact is that stillbirth rates are shockingly high in the UK. In 2015 the UK ranked 24th out of 49 high-income countries in terms of stillbirth rates. For every 220 babies born in the UK, one is stillborn.

This is why Tommy’s #MovementMatters campaign is so vitally important. We need the campaign to be seen by as many women as possible. Xannonce What’s really encouraging is that in Norway, a similar campaign managed to bring stillbirth rates down by a third.

Here is a summary of the campaign’s aims:

If you can share the campaign on your social media accounts with the hashtag #MovementMatters, we would be super grateful!

Also check out this fab video:

Do you have any experience of reduced metal movements? Did you feel confident enough to go seek help quickly?

What’s in my hospital bag

My Labour and Birth Story