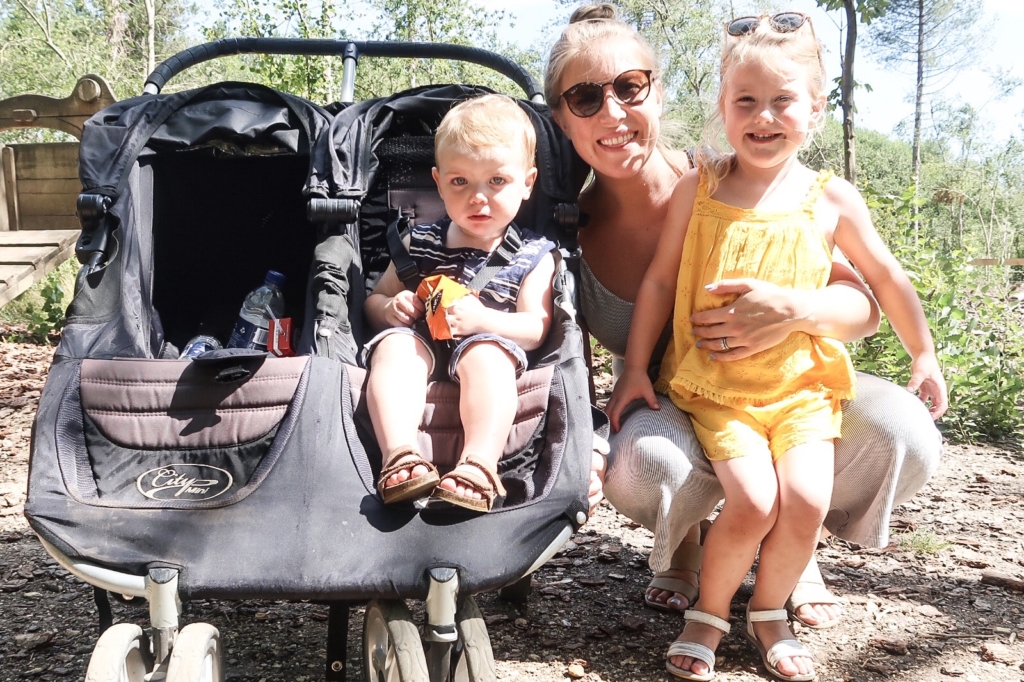 When it comes to deployment, weekends are the worst. And bank holiday weekends, even worse. Oh, and Easter, and Christmas, and any form of time off work where you should be spending it with loved ones. Not that my kids aren’t my loved ones, but you know what I mean haha!!

We’ve just done weekend number one of this deployment and it was rubbish (I use this word instead of a word I’d really like to use in case my Nana reads this. Hi Nana!). Well it wasn’t all rubbish, but in the most part I felt rubbish. I just wanted someone to pop out from behind a bush or something and shout ‘DON’T WORRY IT WAS ALL A JOKE, HE’LL BE BACK NEXT WEEK’. These are the sorts of things I now fantasise about. Along with inventing a time machine that would catapult me six months into the future or (sometimes) finding a way to ship the kids out via BFPO post to R’s ship. The last one is a joke…kind of.

I managed to keep us pretty busy during the day seeing friends, going for lunch, going to soft play (woo), going to a birthday party, going to a country park, basically going anywhere where didn’t involve going home for large periods of time. We did snuggle up and watch two Disney movies on Sunday afternoon, but that’s because I had managed to suitably tire them out beyond destroying the house levels of energy by the time we got home. There’s just something rather depressing about being in your house with someone missing. Constant reminders of them not being there. Wow that sounds morbid. I just mean while we’re in this fresh stage of being apart, it’s harder to be around things like the biscuits he left behind.

I find the night times 100 times worse. That’s when the quietness and loneliness really ramp up. And especially at the weekends. People are much busier with their own lives from Friday to Sunday. It’s their own time to catch up with their loved ones who they may not have seen much of over the week. They don’t need Mrs Misery Guts (that’s me) dragging down their weekend. So I tend to stay away and not contact anyone. I’m lucky in a sense that I always have so much work on. There’s always something to distract me. Always a video to film or edit, always a blog post to write, always emails to answer, always photos to edit, always comments and messages to answer, always Love Island to watch. And if all that fails there is always, ALWAYS washing to do.

We got a bit of contact with R over the weekend. Whatsapps and one phone call, which was nice. I missed a video call on Sunday night which I’m gutted about because they’re off to sea for the whole week and it will just be email and satellite phone contact (oh the delights). I literally crave seeing his face at the moment. Is that weird? Probably. Especially because his beard is out of control just now and, in my opinion, he looks a little ridiculous!

The kids are reacting in very different ways. L has become Mr Cling On and literally follows me round the house going ‘CUDDLE MEEEEEE’ (one of his only phrases at the moment) and Meelies is a ticking time bomb of rage. She’ll be completely fine one second and then the next it’s like a different (very angry) little girl has been teleported to wherever I’m standing. No joke, she almost ripped our toilet roll holder off the wall the other day because the toilet roll had run out. I’d like to point out she didn’t need any toilet roll at this moment in time, she was just devastated it was finished. Sigh.

Ah well. One weekend down. Only twenty five more to go. Anyone want to come be my live in nanny? I’ll pay you in unlimited prosecco, gin and pizza with Sky TV and Netflix thrown in too…