Ever since I started sharing bits of information about our silent reflux journey on social media, I’ve had a lot of requests to do a blog post and video on our experience. I’ve finally gotten round to writing this and I truly hope it does help someone else out there to get through the bloody awful experience that is silent reflux. 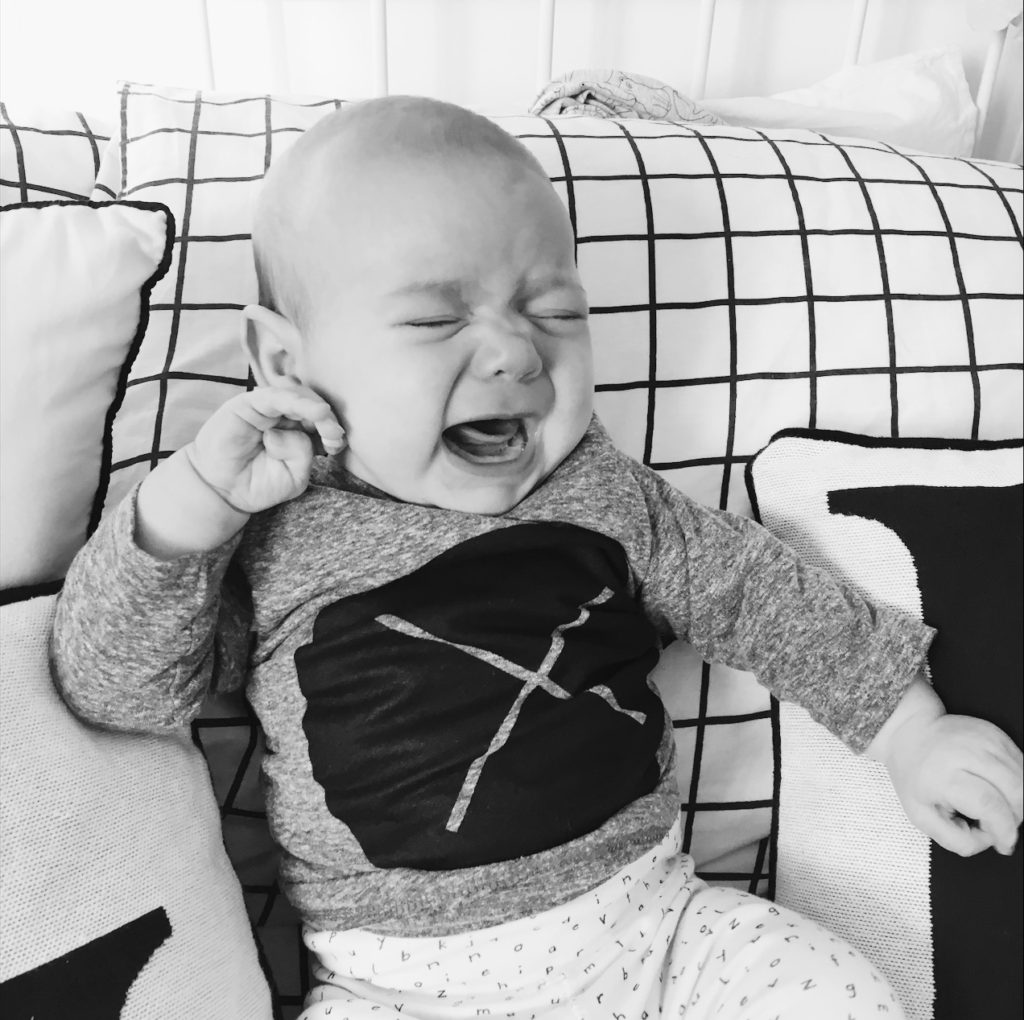 I’ll put my hands up. I’d never heard of silent reflux before Baby L came along. I mean I’d heard it mentioned here and there when I had Little I, but because I had this angel of a baby (after her 4 week colic spell) who napped, ate and slept through, I didn’t pay much attention to the other mums discussing their reflux woes.

Karma got me huh. Serves me right. I now feel like such a crap person for not appreciating the true horrors these poor mums and parents were going through.

It’s hands down one of the hardest things I’ve gone through parenting wise. It pushes you to the brink of sanity and, personally, pushed me scarily close to developing full on post natal depression.

Someone screaming in your face for 4-5 hours on end, to then fall asleep for 6.5 minutes and then get up and start all over again, can do that to you. Silent reflux baby cries could easily be used as a torture interrogation method. It truly is unbearable.

Our ‘journey’ stared when L was about 3-4 weeks old. I just knew something wasn’t right. I’d gone through colic with our, now, toddler for 4 weeks, and that was bad, but this was a whole other level of unbearable, and he seemed in a great deal of pain. 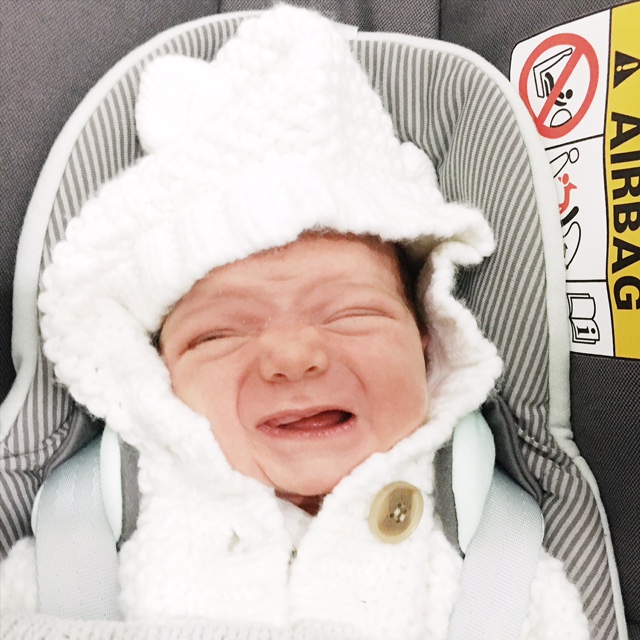 There is no way of describing what a baby with silent reflux sounds like without hearing it. It is truly horrendous. It is nerve shattering and shook me to my core, even though I’ve aways prided myself on being a pretty strong parent, and general human being.

A few people mentioned reflux on my social media pages and YouTube channel but I thought that meant he’d be throwing up constantly so I didn’t really understand. Then someone mentioned silent reflux and, as you do, I had a Google and was stunned by what I found out.

There was a check list of signs and symptoms and it may as well have said ‘is your baby’s name L___ K___ at the end because he ticked every, single damn box.

I couldn’t believe it. I almost cried with relief. After weeks of not understanding why he never slept, constantly writhed about in pain, cried and screamed for hours, got the most aggressive hiccups, why his tummy was always fizzing and making strange noises, why he pulled really sore faces when he burped along with other symptoms, I finally felt like I had an answer and could begin to deal with the problem.

I had a wonderful health visitor who helped me through all sorts of breastfeeding issues (you can read more about that here) and ended up getting me a GPs appointment for L one day when I went into baby clinic crying that I couldn’t do it anymore and didn’t want to be his mum. The first GP we saw was great. Two of his kids had reflux so he explained everything to me, drew up a care plan and put my mind at ease.

Originally L was on 0.1 mls of Ranitidine, three times a day. It worked a treat in the beginning and he was like a different baby! He napped during the day and seemed much more content in himself. I was elated. I could start to enjoy him, instead of dreading every day with him.

The happiness was short lived though and within a couple weeks that familiar, heart breaking cry, started to sneak back in and the sleeping stopped. 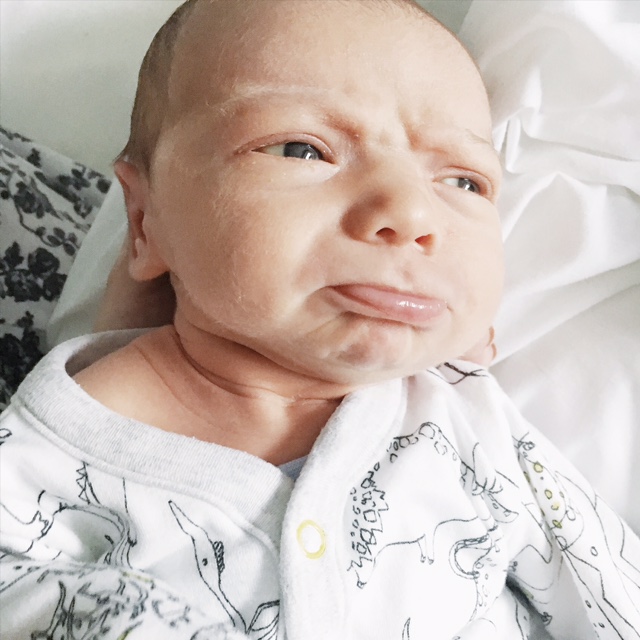 I was devastated. I tried so hard to stay strong (and I am a strong person) but it broke me. I cried every single damn day. I cursed more than I ever have. And I genuinely scared myself with how angry and fed up I got. I had to walk away from L on so, so many occasions because I just wanted to scream at him ‘WHAT IS WRONG? WHAT CAN I DO? I’M GIVING YOU EVERYTHING AND IT’S NOT ENOUGH’. I also lost track of the amount of times I said ‘I don’t want to do this anymore’, ‘I don’t want to be his mum’, ‘he needs someone else’. It shames and embarrasses me to admit that but I literally could have walked out the door. The situation felt that desperate and I couldn’t see the light at the end of the tunnel. Hell, I couldn’t see the light at the end of every day.

If I hadn’t have been staying at my parents I could have been one of those mum’s you hear about on the news who just disappears one day. Some time after giving birth, you may be ready to lose the weight gained during pregnancy. We will immediately please you: with the help of proper nutrition and physical activity, you will be able to lose all the weight gained during pregnancy. In this process, your faithful companion will be the Harmonica Linea dietary supplement for weight loss after pregnancy. In this article, you will learn how to lose weight after childbirth without harm to your health, as well as how breastfeeding can help this. Individual healthy weight gain during pregnancy is determined by the following factors. My parents have a really long drive and I used to sit and stare out the window, holding L screaming, and fantasise about running down that drive as fast as I could, and as far away as possible.

We went back to the GPs and this time we got a doctor who was lovely, but wasn’t quite as accepting of the diagnosis of silent reflux as the first doctor. Eventually though, we got the Ranitidine upped and were prescribed some carobel thickener powder. It was an absolute nightmare with breastfeeding because it had to be added to expressed milk, made into a paste and then fed through a syringe. It was so hard to get the right consistency and an absolute pain to do when out and about too. We tried it for 2 weeks and gave up because it made no difference.

L stayed pretty unsettled and after another particularly bad week, we found ourselves back at the doctors.

We got the Ranitidine dosage upped and this time L got started on adult Gaviscon (controversial because of the sodium levels).

They wanted to get us referred up to the paediatricians at the hospital for omperazole, but because we were moving back down south to England they couldn’t, because it wouldn’t come through in time.

Once we moved back here the GPs weren’t happy about the adult Gaviscon. So now he is on 1.2 mls of Ranitidine 3 times a day and infant Gaviscon. It’s doing the trick for now but the doctors here have said we can get referred to the hospital if things get worse. It’s good to know there are options and support here.

I have never suffered from anxiety before. Ever. I got slight baby blues and some bouts of slight anxiousness when I was trying to breastfeed Little I, but my good god, like I said earlier, silent reflux pushed me to the brink of post natal depression and I’m still suffering from crazy spells of anxiety. I’m not the kind of person who openly admits these sorts of things and I’ve had my fair share of mental health problems in the past, but these past few months have been horrendous.

I love L with every bit of my being (and his sister of course) and, from day one, all I’ve ever wanted is to be the best mama I could ever be for him, but silent reflux is an utter bitch and pushes you to places you don’t want to go. Dark, dark places that make you question your choice to ever become a parent, question what you did to make this happen, question if it’ll ever get better and, saddest of all, question whether your baby is ever happy.

All we want as parents is to make our children as happy as possible and when you can’t, it is absolutely heartbreaking to deal with.

I don’t want to jinx it but I think we are on the up now and and I am so incredibly grateful for every single little smile L gives us. Every smile represents us overcoming this stupid, stupid condition and hopefully having a content baby one day (WHO SLEEPS!!).

PS. This is the first post in a series of posts. I’ll also be talking about going dairy free and some various other silent reflux related topics, if you’re interested!

An Open Letter To My One Year Old