Let’s start with a little disclaimer. I try my upmost to not judge anyone on how they parent unless they are putting their child at risk, or in harms way – physically or emotionally. If they parent differently to how I do, in an extreme way, I may raise an inquisitive eyebrow but I would never flat out judge anyone just because their choices differ to mine. And I would never ever ever voice any negative opinions on social media. To be honest, I don’t have the time or energy after parenting my own two kids all day, and working, to judge and berate another parent on their choices. 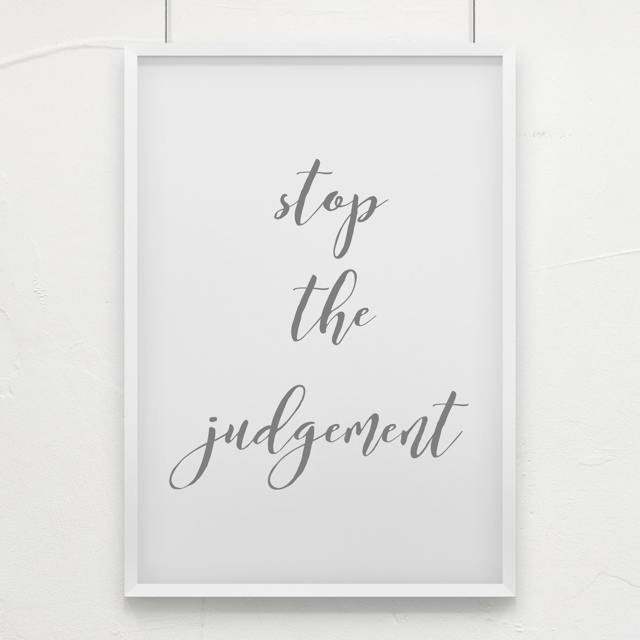 Let’s also start off with a very important point. Life is too short!!! We only have a finite amount of time on this planet, so why does anyone feel the need to waste their time outrightly insulting someone else about their parenting style?

So. I formula fed my daughter. I breastfeed my son. Who else should give a poop about that other than me?? Not even my husband is particularly allowed to pass judgement on the matter, it’s not his body. It’s mine! As much as he would like me to stop breastfeeding in the sense that he would be able to help more, he is proud of me for doing so and supports me. Why can’t we do that for each other? Why is it so hard? There should be no bottle vs breast debate in this day and age. We should be grateful we all have options. God forbid a keyboard warrior with an agenda got ill, lost their milk supply and had to bottle feed with formula, in order to keep their child alive. I bottle fed the toddler because breastfeeding didn’t work out for us and am grateful that I had that option. She is the brightest little bean and has no health problems whatsoever at the age of almost 3. My son, who is breastfed, has silent reflux, a possible cows milk intolerance and has almost had a constant cold since he was born! I’m not saying that has anything to do with how he’s fed, and that’s my point. All kids are different regardless of how they are fed.

I worked my bum off being able to feed L but I don’t feel it makes me any better than a parent who bottle feeds. I had someone unfollow me on Instagram the other week because I said fed is best instead of harping on about how breastfeeding is better. Really. Get a reality check love. What right does anyone have to make anyone else feel bad about their choice of feeding? That’s right, they don’t have a right.

Co sleeping is another hot topic that seems to bring out the worst in people. I don’t cosleep because:

a. I wouldn’t get any sleep.
b. My toddler doesn’t want to.
c. I’m paranoid about squashing the little one (I know I’m not heavily drinking or on drugs but I’m still allowed to be paranoid!).
d. I like having some time to myself and to spend time with my husband, uninterrupted by the kids, at the end of a long day.

But I do love the idea of it and love hearing about those who do cosleep. I don’t think I’m right and they’re wrong. I think we’re both right because we’re doing what works for us. I love my toddler coming in on a weekend morning and having a cuddle on our bed. That’s what works for us.

There are bigger things going on in the world other than whether so and so co-sleeps with their child. Turn on the news. Discuss something that matters. Channel your energy into that. Make a difference. Be more positive. Enjoy life. We could all be in a much worse position in life and we should focus on boosting others up and not bringing each other down and making the word a more negative place.

Go to work.
Stay at home.

Do what works for you and makes you, your child and your family happy.

You’re doing the best for your child and that is ALL THAT MATTERS!

I’ve felt the need to write this post after watching other bloggers and friends, get judged on things they have shared – some of which aren’t even their own parenting decisions but those of others because they, like me, like to appreciate all opinions. Hannah from Budding Smiles has summed it up a lot more eloquently than myself and you can read her post here.

Poor Al from The Dad Network has had his fair share of unwanted opinions and often has to post statements, such as the below, to defend his site. 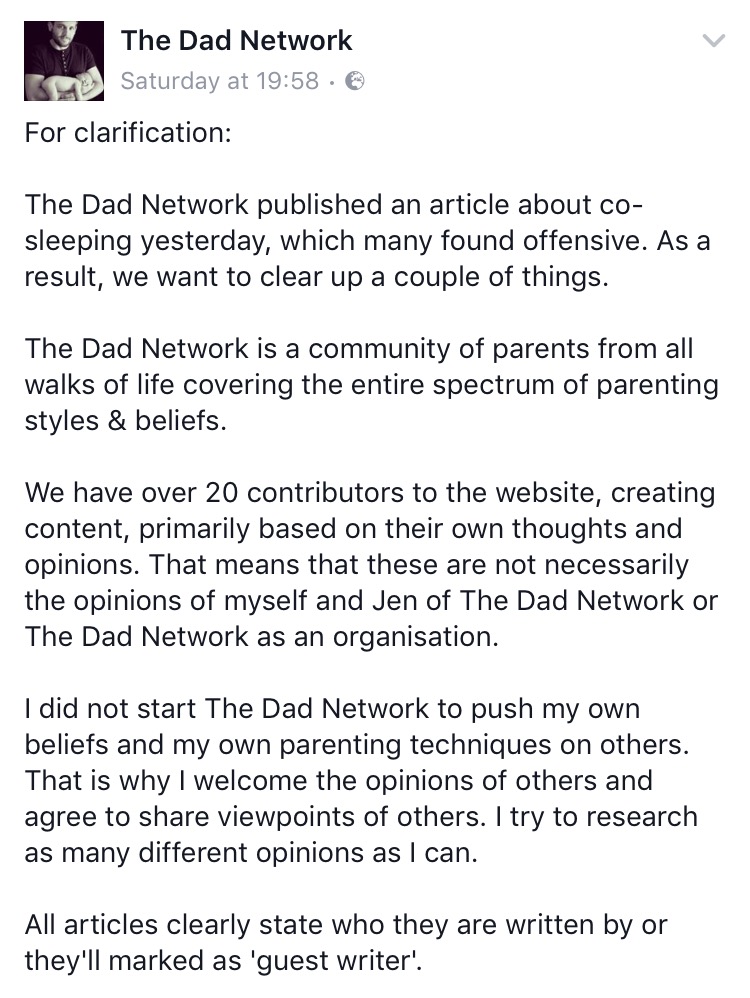 At the end of the day there’s not much else to say about it all, and it’s starting to bore me massively. I’m sick of seeing negativity all over my social media timelines and feeds.

I just want to see us all be nicer to each other and not bring others down.

Everyone is different. It’s what makes life beautiful and interesting.

Ps. In the spirit of the post, no negative comments please. There’s a great old saying – ‘if you haven’t got anything nice to say……’