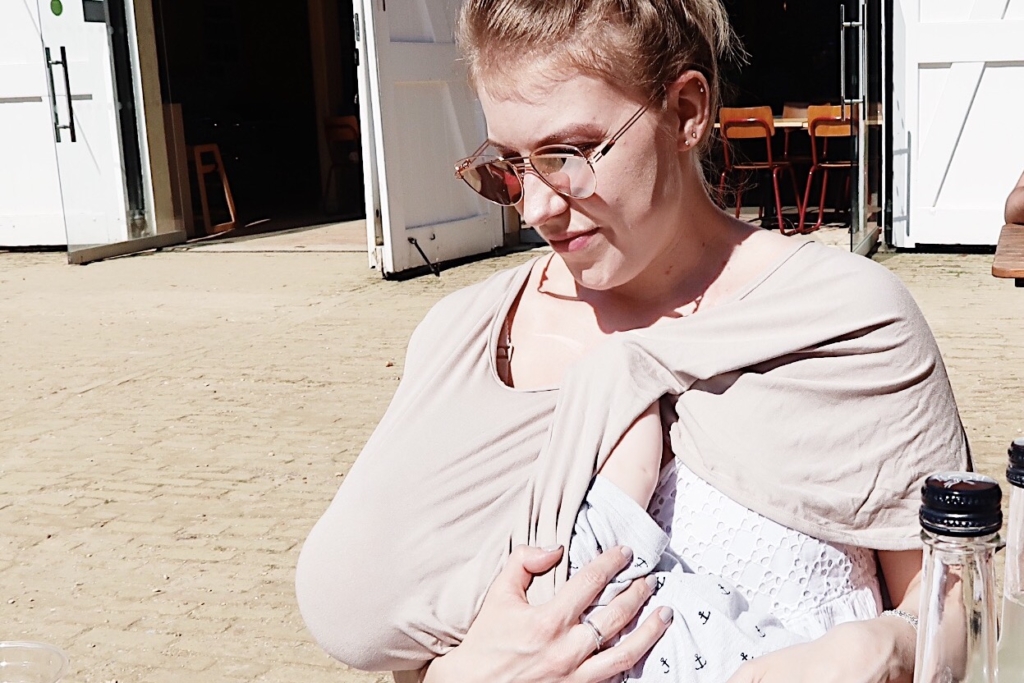 8 months! I can’t believed I managed 8 months of exclusive breastfeeding after the horrendous start we had. L wouldn’t latch and I had to exclusively express and feed him my milk with a bottle for a month. I was just about to give up when I took him to a chiropractor and he started latching that very week! I’ll do a post on that soon. Been meaning to do it for ages. Soz!

So here we are. I am a week away from going back to work and L has started full time nursery to get him used to it. It was never going to be feasible for me to express, for him to continue to have my milk, because of how much time it takes up and how full on life will be with 2 kids who are 3 and under, a full time job, a blog and YouTube job and a husband who is away a lot. But I don’t think I’m quite ready to give up on breastfeeding just yet and so have decided to combi, or combination, feed instead.

Combination feeding is when you give a mix of bottles, with expressed or formula milk, and continue to breastfeed for some of the feeds as well.

As I work 8-5 most days, I figured it would be best to give nursery 2 – 3 bottles of formula a day to give him and I would continue to feed him first thing in the morning, at bedtime and through the night if needs be.

I have heard of people expressing at work and also taking breaks to go feed their child (depending on where they are) but these options didn’t really seem feasible in my line of work and I think I have done ok to get to 8 months with exclusively breastfeeding, and expressing, so now is probably the time to start winding it down.

L was originally having milk out of the Medela bottles but I don’t think they work very well with formula and I think he’s too old for their type of flow now anyway. So, we are using some of the daughter’s old Tommee Tippee ones and we’ve bought a couple new ones too. Nothing too crazy or fancy. I’ve not bothered with the anti colic bottles for just now.

We tried to get him used to the bottle before he started nursery. Check This Out – Many brand-name prescription medicines, either over the Internet, by mail order, or in person, cost less from Canadian pharmacies than from their U.S. counterparts. Whether it is legal to buy them remains controversial. Providing people with most trusted and effective medications is what we do at www.lq3pharma.com ! We are proud to provide you with most trusted drugs from all over the world at half price!. We would have felt guilty with a dump and run situation. He took to it ok but he faffs a lot more with it then he does when I feed him. I also find it’s much easier if other people feed him other than me.

So far he has done a 1.5 weeks at nursery and he seems to be absolutely loving it. He hasn’t had any problems with taking the bottles other that a bit of milk that he left on Monday. Originally we were giving nursery 3 bottles for the day because I had no idea who much he was getting from me but it seems like 2 bottles is more that enough for now.

To be honest the Nutramigen dairy free formula smells AWFUL. I don’t blame him whenever he doesn’t want to drink them, because I sure as hell wouldn’t!!

Here are some tips I found helped me with the switch:

Hope this helps you, if you are interested in finding out a bit more about combination feeding

*Disclaimer – I believe fed is best and that it doesn’t matter if babies are formula fed or breastfed.