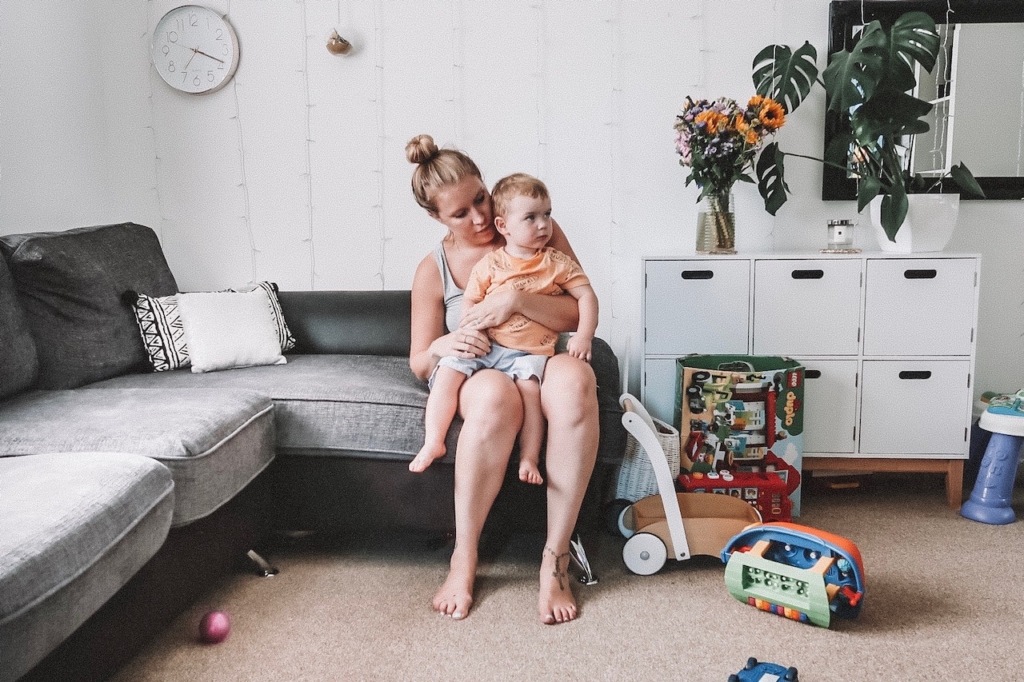 What an awful weekend last weekend was. Between a migraine, cancelled plans, feeling incredibly lonely and the kids playing up, it was tough to get through. It’s one of the first times that I have genuinely considered packing it all in, handing in my notice and moving home. I lost count of how many times I cried and I was just so damn fed up.

I get a lot of messages on social media saying things along the lines of ‘why don’t you just move home’, ‘why doesn’t R just come out the Navy’ etc. Unfortunately these are two areas which are, most definitely not, Black and White. There are so many things to take into consideration, not just in my life but in my husband and kids’ lives too. Adulting sucks!

Moving home would be the absolute dream but the main thing that stops me from doing so, at this moment in time, is the plain and simple fact that we would see R even less. Career wise he needs to be on the South Coast. If he moved to a base in Scotland, the opportunities would be smaller and he would be away just as much. The main base he could get a draft to is still 3.5 – 4 hours from where I’m from so it would either be a case starting again from scratch (jobs, house, friends) somewhere else or moving home and still only seeing him at weekends/when he’s not deployed or at sea. Of course I would have more support (from my family) but it’s hard to weigh it all up. If he stayed in England and we moved home, we would see him much less than we do now, which isn’t fair on any of us.

Another factor to consider is my job. I think that gets forgotten a lot when you’re a ‘military WAG’. The fact that, SHOCK HORROR, you have your own life, career, aspirations out with your marriage to the Navy. I have a decent job with a very good, well known, company and I work hard. The office is (for now) not very far from where I live so the commute is great and it works well with the kids’ preschool. It would be a case of starting again with finding a job, applying for it, interviewing, getting or not getting it, starting the process again or going through the induction process at a new company. I’m tired just thinking about it haha. I have my blog/YouTube job to consider as well. Being where we are means I’m nearer to London for events and opportunities. And I’m also closer to friends who do the same thing so it’s good for meet ups and advice.

We would want to buy a house when we move home so we need to save a bit more to make sure we have the size of house deposit we want ready. The job situation up at home in Aberdeen has been tough recently so to walk away from a good job down here to nothing back at home could be difficult.

I miss home so much and I wish that I could have the support of my family whilst raising the kids but for now this is just the way it has to be.

In terms of R ‘just leaving the Navy’, it’s not as simple as that. Even if he did want to throw away everything he’s worked hard for, it’s a year’s notice in the forces. A whole year! Not your standard four weeks, that’s for sure. A lot can change in a year. It’s also important to remember he went in straight out of school, at 16. It’s all he’s ever known. The only job he’s ever known. The only way of life he’s ever known. All doctors, dentist, admin appointments are all held in house. You basically get told what to do, where to go, what time to be there, what to wear on a daily basis. It’s so different to other jobs and careers and it’s a huge adjustment to come out. It needs to be at the right time.

He took a financial retention incentive this year which ties him in for another four years. Basically they are very short of people in his branch at the moment and they’re offering them chunks of money to stay in. It is a great boost for our savings (hello house deposit) but it means you have to sign up to stay for a fixed term. If you leave, you have to pay back the money.

You reach stages of your military career where you can come out with a half pension or a full pension. R has reached the half pension stage, but with the FRI mentioned above and the time that’ll take, he’ll be closer to full pension and a better pay out. It would be silly to walk away so close to that stage.

We just want to provide the best life possible for our kids. Everything we do is for them.

So yeah, I’m not just moaning for the sake of moaning and not being proactive in changing the situation. It’s just a complex situation which is ever changing so we just re-evaluate it each year to try and do what’s best for our family as a whole.

Who knows maybe we’ll get an accompanied foreign draft and all move somewhere together next. That would be fun!